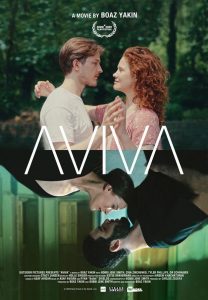 The character of Aviva, played by both Zina Zinchenko (and at times by Or Schraiber), is a young Parisian who develops an online romance with Eden, played by Tyler Phillips (and at times Bobbie Jene Smith), a New Yorker. After a long courtship they meet in person and fall in love, settling into an intimate relationship that leads to marriage, but one, as many are, laced with conflicts.

Incorporating exuberant dance sequences, and featuring a pair of principal characters played by four different actors daringly expressing both masculine and feminine sides, Aviva captures a restless and changing today where who we are as women and men, and how we navigate the world, is up for grabs.

Opening weekend Q&A’s with Director Boaz Yakin and key cast on each day as follows:

Register at this link : https://us02web.zoom.us/webinar/register/WN_Bg_EV3zkS_uaIGPpYb-pKQ