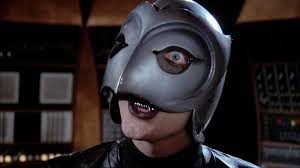 Musicals have been a major part of the world of film since the invention of sound in film in 1929. For every standard classic musical from Singing in the Rain to Sound of Music, there’s a treasure trove of underground cult offbeat classics. This list of offbeat musicals features films with eccentric stories and characters, from a roller-skating muse to a cross dressing mad-scientist. Each film is a great experience just waiting to be…experienced.

A nostalgia loving musical, infusing disco and classic Hollywood music, featuring Hollywood Legend Gene Kelly in his last film appearance. Sonny (Michael Beck), a struggling artist in Los Angeles, crosses path with Kira (Olivia Newton John), the girl of his dreams, who is secretly the Olympian Muse of dance, Terpsichore. As Sonny and Danny (Gene Kelly), through Kira’s encouragement, pursue their mutual dream of opening a successful nightclub, Sonny and Kira fall in love, leading to the Olympian gods’ efforts to permanently separate the lovers. The sweetest musical on this list, with intimate dance sequences, a stunning array of costumes, and fun music.

Valerie (Geena Davis), unhappy with her relationship to an unfaithful doctor, has her world turned upside down when a UFO crashes into her pool. After befriending the UFO’s three friendly and naive aliens who need to fix their ship, she and her best friend Candy (Julie Brown), disguise them as human to draw away suspicion. However, it’s a race against time to keep them from being discovered, as Valerie begins to develop feelings for Mac (Jeff Goldblum), one of the aliens. A slapstick comedy which both pokes fun at the superficial aspects of 1980’s LA life, while paying homage to LA’s unique culture and sound.

Among this list of musicals, Forbidden Zone is the most artistically experimental movie, running the gamut of homage and satire of classic Hollywood films to avant-garde live action and animation sequences. It’s a 1980’s new wave rock interpretation of Alice in Wonderland. Frenchy, a young woman living the chaotic world of Los Angeles, falls into a portal in her basement, leading her to the sixth dimension. When she is taken prisoner by the queen of this strange new world, Frenchy’s family goes to the six dimensions to save her. This arthouse film features music by the legendary Cab Calloway, along with a cameo of composer/singer of Oingo Boingo, Danny Elfman.

A novel Christmas musical filled with holiday cheer, zombies, teenage love and blood galore. In a small, quaint Scottish town, a zombie apocalypse breaks out, infecting the majority of residents. Anna and a small band of classmates fight for survival, while searching for their families and a way to escape. This Breakfast Club meets Dawn of the Dead and While Christmas cinematic experience will undoubtedly become a cult horror holiday classic.

After the world faces an epidemic of organ failure, GeneCo – an organ financing company – saves millions. Nathan (Anthony Head), a widowed doctor who cares for his ill daughter Shiloh (Alexa PenaVega), by night, is GeneCo’s Repo Man, repossessing organs from those who miss a payment. It’s not long before Shiloh’s desire to explore the world leads her to uncover multiple dark secrets of her family and GeneCo. This futuristic gothic horror features the collaboration of remarkable talent from a wide range of music genres from punk (Joan Jett), heavy metal (Clown from Slipknot), and opera (Sarah Brightman).

Before Oscar winning director Peter Jackson directed The Lord of the Rings film series, he co-wrote, co-produced, and directed this very outrageously shameless, yet hilarious animal puppet musical. As the cast and staff prepare for a live television performance of “The Feebles” variety show, they experience the sleazy side of show business, including blackmail, drugs, STDs, betrayal, and gory murder. Yet, among the madness are loveable characters and catchy tunes. This film’s edgy humor precedes The Simpsons, Family Guy, and South Park, giving them all a run for their money.

A film adaption of the unlikely Broadway hit, originating from the low-budget cult film by cult-icon Roger Corman of the same name. A skid-row floral shop struggling to stay open finds popularity and financial success when employee Seymour (Rick Moranis) “discovers” a new exotic plant, which he names “Audrey II” after his crush and fellow co-worker Audrey (Ellen Greene). When Seymore stumbles on the frightful truth that Audrey II feeds on human flesh and talks, he conceals the truth out of fear of losing Audrey. But, as Audrey II becomes more powerful, threatening the safety of Audrey and the town, it’s up to Seymour to stop this botanical monster.

This film is also based on a Broadway play, but inspired by the Playboy Magazine article about the real-life Chicken Ranch – an illegal cathouse in Texas (active from 1905-1973). The film follows the adventures of the eccentric madam, Miss Mona (Dolly Parton), as she works hard to keep her Chicken Ranch running smoothly and keep the clients (including politicians) happy, all while keeping her affair with Sheriff Dodd (Burt Reynolds) secret. Though she’s a charitable lady and law-abiding citizen – for the most part – Miss Mona and Sheriff Dodd try to stop a self-righteous rating hungry television personality from shutting her down. This feel-good comedy features the iconic song, “I Will Always Love You”, later covered by Whitney Houston in the film The Bodyguard.

A beloved monthly staple at The Frida, featuring K.A.O.S., a live shadow cast, which sells out every screening. This cult classic darling follows Janet (Susan Sarandon) and Brad (Barry Bostwick), an unsuspecting couple who lose their way in a storm and find refuge in the eerie mansion of the transvestite mad scientist Dr. Frank-N-Furter (Tim Curry). As the night goes on, Janet and Brad lose their innocence in this mansion filled with eccentric characters, lust, mad science and murder. A whirlwind joy ride from start to end with fantastic tunes that every fan of musicals or cult films needs to see.

I love the Frida, as an avid movie watcher, it’s great to have a place to go where many classic, cult and underrated films are shown. I had the pleasure of attending “The Decline of Western Civilization” screening with director Penelope Spheres doing a Q&A. Her films are so historically important and impacted me at a very young age. I am forever grateful for the experience, like nowhere else would this be possible. I think it’s truly amazing what the staff and everyone involved is doing for the … END_OF_DOCUMENT_TOKEN_TO_BE_REPLACED