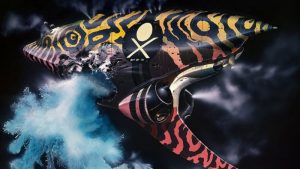 Science fiction, when done with boldness and creativity, has the ability to open our minds to other worlds, as well as shine an often glaring mirror on society. Though there are some movies that are so undeniably groundbreaking that they captivate audiences into theaters, science fiction is often an overlooked and particularly criticized genre of film for its narratives that venture into the unknown, and its precarious proximity to camp. In that sentiment, I present some films that did not get the critical acclaim, awards, ticket sales they might have deserved upon release. Despite their stats, these are wholly good films that warrant their ungiven accolades.

Heavy Metal is an animated, multiverse rock-opera narrated by the omnipresent and menacing orb, the Loc-Nar, with sci-fi shorts that feature music from Black Sabbath, Cheap Trick, Stevie Nicks, and many other rock legends. Despite its vibrant aesthetic and memorable soundtrack, this visual anthology sadly received mixed reviews for its uncouth humor, flagrant nudity, and dark and uncomfortable subject matter. However, Heavy Metal has earned its cult status for those same reasons.

Set in a dystopian future Los Angeles of 2019, hard-bitten cop Rick Deckard (Harrison Ford) is tasked with capturing a wayward group of “replicants”, bio-engineered humans who are in danger of becoming more human than humans. Director Ridley Scott (Alien) produced Blade Runner as a slow-paced sci-fi thriller, yet even so, the studio marketed it as action/adventure, a move that subsequently lead to some of the film’s negative critical response. Though we now know director Ridley Scott’s final cut version of Blade Runner to be a classic, at the time of its release the film’s success was hindered by studio edits as well as it being released around the same time as other major films — The Thing and E.T., to name a few.

Dark City is a futuristic noir film that does not get enough credit for being a harbinger of mind and city-bending graphics in modern-day sci-film films; it precedes and yet is overshadowed by The Matrix (1999), and more recently, Inception (2010). Writer/director Alex Proyas weaves a tale of distorted reality and questioning paranoia in his under-rewarded, but visionary indie thriller, Dark City, where its hero struggles with haunting and nightmarish memories in a world controlled and shaped by aliens called the Strangers.

In the British-American science fiction film Sunshine, The Sun is dying and a team of astronauts is tasked with re-igniting the flame. Starring an ensemble cast, and directed by the always-exhilarating Danny Boyle, Sunshine was — sadly — missed by many movie-goers and failed at the box office. Nevertheless, Sunshine treats viewers to stunning visuals, a skin-chilling soundtrack, and homages to the benchmark classics 2001: A Space Odyssey and Alien.

A healthy mix of YA thriller and adult-humor, Titan A.E. is a sci-fi animated adventure with an all-star cast of voices: Matt Damon, Bill Pullman, Drew Barrymore, John Leguizamo, Nathan Lane, Janeane Garofalo, Ron Perlman, and Tone Loc. A thousand years in the future, earth has long been destroyed by an alien race, leaving mankind scattered across the galaxy. One of the remaining humans learns that he holds the key to finding a lost ship, called the Titan, one that may save the human race. Despite is harrowing narrative and totally rocking 90’s alternative score, Titan A.E. reportedly lost 20th Century Fox $100 million!

The show has been canceled… But the adventure has only begun. This dark horse of a movie is sci-fi comedy gold; an affectionate send up to the beloved Star Trek series, Galaxy Quest is a hilarious romp through space with lots of heart and an all-star cast: Sigourney Weaver (Alien), Tim Allen (Home Improvement), Alan Rickman (HPU’s, Snape!), Tony Shalhoub (Monk), and even a somewhat early Sam Rockwell (Moon). When it hit theaters in 1999 to the delight of Trekkies everywhere, the movie was also well received by critics, but the film was only a modest box office success. It must have been lost on mainstream audiences because it is one of the best non-thriller sci-fi films, and deserves a lot more than just being known as “the unofficial Star Trek movie”. Never give up, never surrender!

Despite receiving critical acclaim for its surreal and beautiful visuals, Metropolis or Metoroporisugrossed poorly domestically against its $15 million dollar budget. It has well-rounded characters, heavy themes, and it is visual capabilities are unbounded in anime format. Metropolis is the culmination of writer Katsuhiro Otomo (Akira) and Madhouse, producers of Perfect Blue, who created this steampunk anime loosely based on the original 1927 film of the same name, about the blending of humanity with machinery.

Although Moon was mostly well received critically, its low box-office gross of just under $10 million worldwide might be due to that fact that it was only the feature debut of director Duncan Jones (Source Code). Moon is a digital/robotic sci-fi themed feature with an undeniably plausible narrative that explores government oversight and the psychological effects of solitude in space. Set on the far side of the moon in a one-man lunar station, Moon was a hit among the science community for its accuracy and authenticity but was snubbed by major awards despite Sam Rockwell’s Oscar-worthy performance.

Featuring the likes of Nick Frost, future 13th Doctor of Doctor Who, Jodie Whittaker, and a fresh-faced and future not so very good stormtrooper, John Boyega, in the starring role, Attack The Block deserved a lot more credit for its adventurous but tough and urban approach to an alien invasion narrative. Imagine the Goonies, but a little more grown up and pitted against aliens, all set in the London projects. Director Joe Cornish (Hot Fuzz, Ant-Man) was told his film would only receive limited U.S. release due to the strong South London accents in the movie, and the movie somewhat struggled overseas having to compete against Thor and Fast Five at the time, but this film received high critical praise for its humor and fast-paced action sequences.

This sci-fi thriller is considered a box office bomb though it drew critical acclaim for its intellectually ambitious script. Annihilation‘s heavily emotional narrative set in the visceral and beautiful alien world created by writer/director Alex Garland was captivating for audiences and prompted discussions long after its mind-bending end. Featuring an all-female team of scientists in challenging and gritty roles, Annihilation deserves much more credit both for its social relevance and its content than its box office numbers reflect.

LOVE this theater..OMG. I’ve been here several times now for different events. I’ve attended 2 of the 3 Scott Pilgrim events thrown by Cinemattack. I was even the lucky winner of the Scott Pilgrim album on vinyl. I don’t have a record player..but may as well be a trophy for me because I never win anything! lol. I also attended “The Last Unicorn” event with Peter S Beagle- the author speaking and answering a Q and A afterwards. This was so awesome. I have always loved loved this movie and it was … END_OF_DOCUMENT_TOKEN_TO_BE_REPLACED