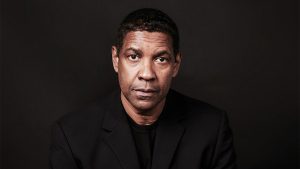 As part of our Filmmakers of Cannes 2021 series, we will be screening Malcom X this week, directed by this year’s President of the Cannes Film Festival Jury, Spike Lee. A visually striking biopic from the pioneering director, the film stars Denzel Washington as the revolutionary Black leader and thinker.

Washington, of course, is an icon of modern Hollywood, with his signature bold and passionate acting style. Just recently, The New York Times honored Washington as the #1 actor on its list of “The 25 Greatest Actors of the 21st Century (So Far)”. With the amazing array of acting roles he has created over the years with Lee and other talented directors, it can be tricky to decide which films/television series to watch first. These 6 roles are a marvelous introduction to the eclectic work of Denzel Washington.

#6 Happily Ever After: Fairy Tales for Every Child

This HBO original animated series from the late 1990s retold classic fairy tales with racially diverse main characters in their cultural environments, featuring an array of famous celebrities like Washington. Through his roles as both a king and Humpty Dumpty, Washington displayed a playful yet strong performance showing that he is also a talented voice actor.

Washington’s first major television series role places him as Dr. Philip Chandler in St. Eligius, a Boston teaching hospital, where the lives and tragedies of the hospital staff are explored. As a doctor, Washington shows a bluntly honest yet caring demeanor for patients and is willing to go head-to-head with other doctors for them.

After the young daughter of a rich family in Mexico City is kidnapped, ex-CIA operative bodyguard Creasy goes on a journey of vengeance bulldozing his way through corrupt cops and seedy characters. Washington expresses the deep sorrow and guilt of a man who has been forced to kill but finds compassion and the need to nurture through his protection of the young girl.

This American Civil War drama is based on the Union Army’s first African American regiment, the 54th Massachusetts Infantry Regiment, and their struggles for equality both on and off the battlefield. Washington won his first Oscar (for Best Supporting Actor) as Trip, an escaped slave who is embittered and trusts no one yet through time sees the 54th regiment as his family.

Washington won an Oscar for Best Actor in a Leading Role as Alonzo, a seasoned but corrupt police officer who takes a rookie LAPD narcotics officer out on his first day, forever changing both of their lives. The controlled energy Washington escalates throughout the film gives Training Day its tension and power, with the powerful line “King Kong ain’t got shit on me” particularly lingering in viewers’ memories.

A jewel in the cinematic crown of Spike Lee, Malcolm X follows the life of the iconic and controversial 1960s civil rights leader. Washington, who was received a Best Actor nomination for the role, channels Malcom’s spiritual intensity, while also showing the complexity of his journey and the Black experience in America. The legacy of Malcom X’s social justice activism and elevation of Islam, along with this film’s artistic style, still influences society today.

LOVE this theater..OMG. I’ve been here several times now for different events. I’ve attended 2 of the 3 Scott Pilgrim events thrown by Cinemattack. I was even the lucky winner of the Scott Pilgrim album on vinyl. I don’t have a record player..but may as well be a trophy for me because I never win anything! lol. I also attended “The Last Unicorn” event with Peter S Beagle- the author speaking and answering a Q and A afterwards. This was so awesome. I have always loved loved this movie and it was … END_OF_DOCUMENT_TOKEN_TO_BE_REPLACED

I love the Frida, as an avid movie watcher, it’s great to have a place to go where many classic, cult and underrated films are shown. I had the pleasure of attending “The Decline of Western Civilization” screening with director Penelope Spheres doing a Q&A. Her films are so historically important and impacted me at a very young age. I am forever grateful for the experience, like nowhere else would this be possible. I think it’s truly amazing what the staff and everyone involved is doing for the … END_OF_DOCUMENT_TOKEN_TO_BE_REPLACED

thefridacinema
•
Follow
Join us January 28th & 29th as we kick off CAGE MATCH with The Rock (1996) and The Wicker Man (2006)! Cage Match is a no-holds-barred movie tournament featuring 16 films from “The Patron Saint of The Frida Cinema” himself, the one-and-only Nicolas Cage. Every month, we will pair up two Cage classics against each other, and whichever film sells more tickets will move on to the next round. There will be a round of sweet sixteen, elite eight, final four, and then the Cage Match championship! May the most Cagey movie win! We’ll post up the full bracket soon!
View on Instagram |
1/16

thefridacinema
•
Follow
This Thursday night in Downtown Santa Ana! Join us for the first of our CLASSICS ON FRENCH STREET events, featuring FREE outdoor screenings of family-friendly classics, presented right around the corner from The Frida on French Street! Screenings are free and open to the public, thanks to the generous partnership of City of Santa Ana and Community Engagement @ce_org, and will happen the 3rd Thursday of every month through June! Capacity is limited — RSVP on our event page at http://thefridacinema.org!
View on Instagram |
2/16

thefridacinema
•
Follow
The Frida’s DRIVE-IN | DINE OUT is back! We’re thrilled to be returning to Tustin’s @messhallmarketoc to bring you great nights of art house and cult favorites, plus great bites from Mess Hall Market’s family of restaurants, all enjoyed from the comfort of your car! We’re kicking it off next weekend with two psychedelic classics from one of our favorite filmmakers, Alejandro Jodorowsky — EL TOPO (Friday, January 21) and THE HOLY MOUNTAIN (Saturday, January 22)! Tickets available now at thefridacinema.org! 🎥 🚗
View on Instagram |
3/16

thefridacinema
•
Follow
In consideration of the incredible strain that our local OC hospitals are enduring due to Omicron, we have made the difficult decision to temporarily close our doors. By all accounts current numbers should be decreasing over the next two weeks, so we look forward to reopening on Friday, January 28th. We will be hosting several outdoor events over the next two weeks, including a FREE outdoor screening of The Wizard of Oz next Thursday January 20th (with major gratitude to the City of Santa Ana and Community Engagement @ce_org for their support!), and our #DriveIns return to @messhallmarketoc next Friday! Visit http://thefridacinema.org for updates, schedule and tickets, and more! Please stay safe out there. 🎥❤️
View on Instagram |
4/16

thefridacinema
•
Follow
Our final screening of THE TRAGEDY OF MACBETH is tonight at 8pm!
View on Instagram |
5/16

thefridacinema
•
Follow
FILM TRIVIA — TONIGHT! We’ve got seven teams signed up for Movie Trivia Night tonight, Tuesday January 11th! These cinephiles are so confident they know movies better than you do — are you and your friends cine-savvy enough to prove them wrong? Sign up at thefridacinema.org/trivia! Doors open at 7:30PM, and the games will begin shortly after! 🎥 🧠
View on Instagram |
7/16

thefridacinema
•
Follow
Opening this Friday — Academy Award winner Asghar Farhadi (A Separation, The Salesman) returns with A HERO. Winner of the Grand Prix award at the Cannes Film Festival, is “a superb morality play that immerses us deeply in a society’s values and rituals, and keeps us guessing right up to its powerful final shot” (Time Out). Info, showtimes and tickets available at http://thefridacinema.org.
View on Instagram |
8/16

thefridacinema
•
Follow
“Thief is the best crime movie since Chinatown. Period. And it's better.” Bold words, Michael Ventura of L.A. Weekly! Agree or disagree, there’s no denying that Michael Mann’s 1981 thriller THIEF marked one of cinema’s most exciting and boldly stylish directorial debuts. Catch it today and this week at The Frida as our Michael Mannuary series continues!
View on Instagram |
10/16

thefridacinema
•
Follow
This Thursday at 8:30pm! Tropicanna Nights at The Frida, presented by Santa Ana’s @thetropicannalifestyle, kicks off their 2022 series with 1993’s DAZED AND CONFUSED! 21+ event. Tickets available at thefridacinema.org!
View on Instagram |
11/16

thefridacinema
•
Follow
We ❤️ it when our fans reach out to us to let us know they appreciate our programming and work, and every once in a we get a message that seriously make us blush with a distinct sense of accomplishment and pride. 🥰Cheers to @likenothing for letting us know just how important The Frida is to her, and for taking us over our $1,000 Instagram fundraising goal! Cheers to everyone who’s supported our campaign! 🎥❤️🙏🏼
View on Instagram |
12/16

thefridacinema
•
Follow
Tickets now available! POLY STYRENE: I AM A CLICHÉ screens at The Frida February 2nd at 7:30pm! Featuring interviews with Thurston Moore, Kathleen Hanna, Neneh Cherry, and many more artists who knew Poly or were influenced by her, directors Celeste Bell and Paul Sng’s new documentary @polystyrenefilm celebrates the iconic Anglo-Somali punk musician who fronted X-Ray Spex, and was a key inspiration for the #riotgrrrl and #Afropunk movements. Tickets now available at http://thefridacinema.org!
View on Instagram |
14/16

thefridacinema
•
Follow
Cheers to everyone who’s contributed to our campaign! We’re hoping to reach $1,000 exclusively from our Instagram followers — if you haven’t already, please click “Fundraising for The Frida Cinema” above to donate! We could really use your support! 🎥❤️🙏🏼 #longlivecinema
View on Instagram |
15/16

thefridacinema
•
Follow
Good times. ❤️ Thanks for the memories, @likenothing! Repost from @likenothing • last night i dreamt about this time @thefridacinema had a wes anderson night. the film was picked from the spinning thing. we watched rushmore that night. but in my dream we were watching the french dispatch. i really wish i could’ve seen it in a theater. maybe one day. 🤞
View on Instagram |
16/16
Follow us on Instagram