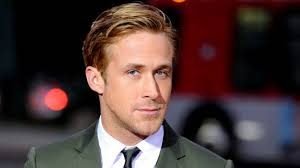 Once you notice Ryan Gosling’s The Giving Tree tattoo on his left shoulder, it’s hard for it to not bear some kind of significance. Obviously, it can be an easy platform for interpretation. After all, tattoos, like any art form, tend to be informed by the experiences of its wearer. But to have art displayed on an artist is in of itself an invitation for a multitude of meanings to be considered. Perhaps one could take it as a symbol for the surplus of performances Gosling has provided us with ever since his world-renowned debut on The Mickey Mouse Club. Another could take it as a representation of his humanitarian efforts. Or maybe, if you ought to go for a reach (like I very much will), you could look at it as a conduit for the characters he’s inhabited over the years. Like the tree in Shel Silverstein’s book, a muted selflessness can be found in his nameless lead in Nicolas Winding Refn’s Drive. Maybe you could find something else about selfless love in his character in The Notebook – a film I have definitely not seen. But it’s difficult to imagine a better representation of this than his work with director Derek Cianfrance. Unconditional love runs through the veins of both his characters in the two projects they’ve done together, even if the veins are practically dried up. Somehow, a way is always found for them to devote themselves, to give endlessly to those they want to give to, even if all that’s left is nothing. Love being given in the presence of something long dead.

Turning 40 is certainly eventful. I’d put myself on a limb and so boldly state that it’s usually the age for when we look back on how we got to this point. But it’s now been just one decade since Gosling delivered what I believe is him at his very best. He had joined his first project with Cianfrance three years before filming even began, and the script had been given to Gosling’s acting partner, Michelle Williams, four years before that. It feels pretty much impossible not to correlate time with not just this film, but Cianfrance’s entire output of work thus far. But after eight years of circulating, Blue Valentine finally premiered at Sundance in 2010, and those who had only seen Gosling as Nicholas Sparks’ sappy heartthrob caricature were exposed to something far more raw. Ten years removed, it’s easy to see the film as a setting point for a new phase in his career, and while his performances since then have always been great reminders of his effortless charms and reservoirs of emotion, there’s nothing quite like the foundation. For me, that was Blue Valentine, and I can’t imagine a better way to celebrate his birthday than to get super, duper sad about love.

The sounds of Grizzly Bear warmly strum as Dean, played by Gosling, fixes his hair before impulsively landing a job as a Brooklyn home-mover. As he readies a room in a nursing home, he goes the extra mile with its occupant named Walter. As Dean guides him through the room laden with a near-excess of care, Walter is only taken aback by the effort. Gosling provides Dean with such easy charisma, you just know that while the devotion is overt, it’s always meant. Insincerity feels impossible. Across from Walter’s room is an elderly woman being cared for by her granddaughter Cindy, played by Williams. With the bat of an eye, Dean and Cindy meet behind doors near-closed. Cindy shows initial reservation due to a recent breakup, but Dean sees through it with immediacy. To call it love at first sight is inherently cornball, but nonetheless felt. And by mere circumstance, they meet again on a bus. Dean, attempting to return a lost heirloom to Walter, is told by Cindy that he had died. But the air of death does nothing but give way to something that blossoms. The nightly rendezvous that follows is captured in the handheld rawness of Cianfrance’s 16mm camera. The surfacing of love feeling so real that you couldn’t possibly buy it as fiction.

But this is not where the film begins. Our first image is of a five-year-old girl named Frankie. She is the daughter that Dean and Cindy will have together after half a decade of marriage. She is looking for their family dog, waking up Dean in the process, who has since started his own process of pattern balding and morning drinking. The way you can nearly smell the beer on him when he first appears could risk making the outcome the film will end on as obvious. But Dean’s love hasn’t withered. Through his Eagles sweatshirt and raggedy exterior (apparently modeled after the look of Cianfrance himself), he seems nothing but changed by time’s flow at first. But as it becomes clear that the feelings of Cindy, now a doctor, may no longer mirror Dean’s, the pain of his desperate attempts to savor what’s left begins to reveal itself. Whether it be his refusal to engage in lifeless sex at their spontaneous hotel getaway or embracing her when Cindy can longer afford to reciprocate arms, the eyes behind those sunglasses are slowly revealed to be of the same soul. Over the film, we return back and forth between these two timelines. The grainy analog of a romantic past gradually colliding more and more with the digital sterility of the present. But effortlessly binding the two is an aching authenticity, further aided by DP Andrij Parekh’s telephoto photography that sends rippling echoes of the domestic drama of John Cassavetes and Ingmar Bergman. The reservedness of Cindy in both timelines is played to pitch-perfection by Williams, so much that it does nothing but emphasize the pain in her eyes when she can only let tears leak. Feeling so real that for as much as you may feel inclined, you couldn’t possibly fault Dean or Cindy for how things end up if you tried your damndest, and Cianfrance’s knowledge of this is in every frame.

Later in the film, Dean’s choice of tank top allows for his Giving Tree tattoo to be fully exposed. Upon noticing, the choice to even show it at all immediately tells of Dean’s entire character. From the moment we first observe him being woken by his daughter, he is as much of a lover as he is a provider. There’s enough in his behavior and posture to indicate time’s unkindness to him since first meeting Cindy, but his playfulness, even if fueled by his alcoholism, is just enough to send glimmers of the man he was. He is a giver until what’s left is a mere stump. Over spells of transparent reminders of past love, and silences broken by the pounding of walls, Dean refuses to accept that his connection was founded on too weak a circumstance. That the romanticization of romance itself can only take you so far until the constant exchanging of pain swallows you whole. Yet Cianfrance knows better than to explicitly state whether Dean and Cindy were truly ever meant to be together. Because at that point, both Gosling and Williams have made them feel so unbelievably lived-in that you’re just as likely to draw your own conclusion the way you would with the partners you know in real life.

But to walk away from Blue Valentine is to embrace the idea of giving yourself as much as possible to those you love, even if you’d understandably feel hesitant doing so after the initial viewing. At one point, Cindy asks her grandmother how she could possibly trust her feelings if they can all just go away. She only says that all we can truly do is to have a feeling to begin with. The chances of Dean and Cindy meeting were as slim as the door crack between them, yet nothing stopped them from the life they built together. As aptly blue as the film may leave people feeling, the collective execution of Cianfrance’s direction and the performances of Gosling and Williams pleads for lovers to simply embrace circumstance. That romance can sprout from anywhere, and can wither away anytime. That it’s only up to us to keep the veins flowing, to keep commitment alive, and to keep love given. The thesis of Blue Valentine rests on its last minutes; as Ed Droste mournfully sings on “Alligator” – the film’s closing song –

What a hidden gem! I had such a lovely time at a recent showing of Godzilla (1954). This theater is a bit timeworn, yet undeniably quaint and charming with an unconventional feel. And interestingly enough, the audience served as the sweet element of surprise. Those in attendance created an atmosphere of delight, comfort, and personal acceptance… and get this.. there was an actual host who presented a brief preface to the film just prior to viewing. Very collegiate, which I loved!  All in all pe… END_OF_DOCUMENT_TOKEN_TO_BE_REPLACED