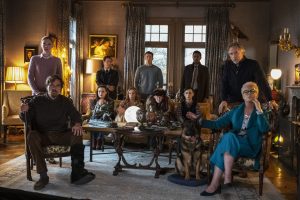 It’s that time of year again! When the family gets together for the holidays, whether it be Thanksgiving, Christmas, or Hanukkah, things will look a lot different this year after many months of social distancing due the Coronavirus. Family gatherings will feel even more contentious than they did the past four years after another presidential election leaving one side, or both, very bitter. So what better way to prepare yourself for those awkward get togethers than to binge some movies about similar situations? After watching the dysfunctional families in these movies, you may feel more appreciative of the family you have. 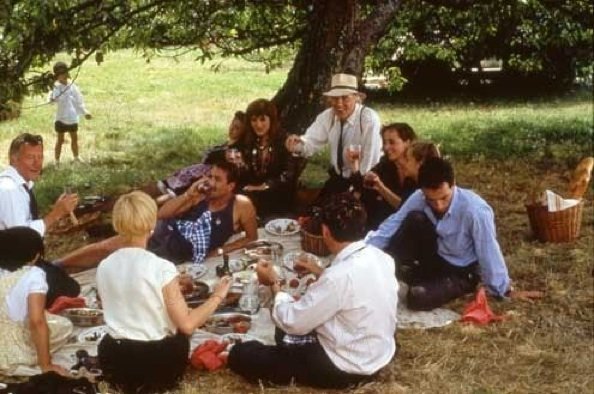 This French film tells the story of a family gathering after the death of the family matriarch. The film takes place in 1968 France, when the country was in a period of civil unrest. However, the funeral is situated in a countryside estate, away from the unrest. Yet, the family faces trouble from within. Sibling rivalries and long-held secrets emerge to threaten the family. They fight over money while the rest of the country is in anger due to materialism and consumerism. However, the family members’ greed is eventually what unites them as they fear rumor of revolution that their possessions may be taken away from them.

Like all ensemble films, Milou en mai relies on its cast to not only convincingly bring their roles to life, but also have chemistry with their co-stars. The Cesar Awards recognized the stellar performances by awarding the Cesar Award for best supporting actress to Dominique Blanc, who portrays the dead woman’s orphaned granddaughter. Michel Piccoli, Miou-Miou and Michel Duchaussoy also received Cesar Award nominations for their performances. The domestic and political commentary of Milou en mai may remind viewers of their own issues with their families and the unrest happening in the world right now. So viewers may feel right at home in this movie’s troublesome world. 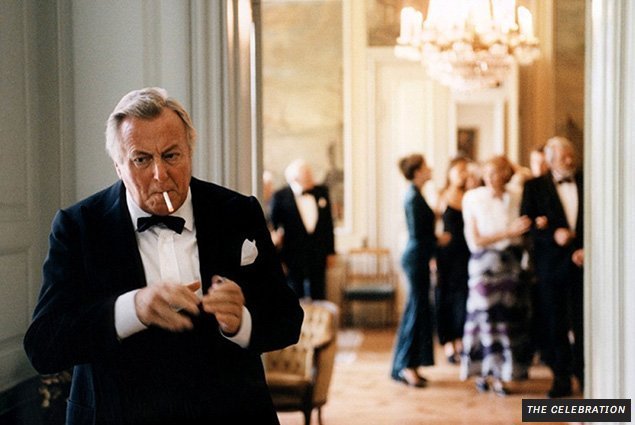 This Danish black comedy-drama tells the story of a family gathering to celebrate their father’s birthday at the family-run hotel. However, the party is ruined when the eldest son reveals a secret about their father. To say the family in this movie is dysfunctional would be an understatement; they are screwed up. Just one of the issues they face would be enough to destroy a family: adultery, sexual abuse, suicide and racism to name a few. The issues that Festen deals with makes for a sometimes uncomfortable viewing experience that will make some viewers’ families seem functional.

However, the film sprinkles in comedy to allow viewers to laugh at the absurdity and chaos in the movie. Director Thomas Vinterberg added to this chaotic feeling as he shot the movie handheld with natural lighting. He also shot the movie on video and then blew it up to 35 mm to give his movie a distinct look. All of these elements combined make Festen a chaotic yet immersive viewing experience.  This movie was the first Dogme 95 film, a movement created by Danish filmmakers that tried to strip away the production value of Hollywood movies in order to focus more on plot, performances and themes. Film scholars took notice to this unique approach as Festen won the Jury Prize at the 1998 Cannes Film Festival. 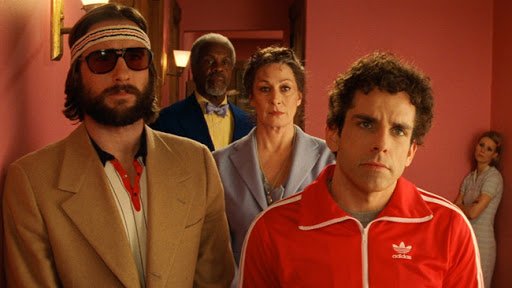 From the wonderfully quirky mind of Wes Anderson, this movie tells the story of a father returning to the lives of his ex-wife and adult children in order to reconcile. The adult children also face their own issues as they realize they have already peaked in life despite being geniuses. The film demonstrates how miserable the adult children are because of their parents. With the absence of their father for over 20 years, they lost the love and support of a parent. While their mother had stayed in their lives, her expectations of them made them feel like failures once they lost the success they had early in life. For many viewers, these feelings of neglect and disappointed may feel all too familiar.

Despite these depressing situations, Anderson’s style makes the movie mostly comfortable for viewers. The movie’s story plays out like a book, with a prologue, chapters and an epilogue. His production design creates a visually imaginative and ambiguous time setting that could take place anywhere from the 1960s to the present. Everything in the movie just looks and feels orderly yet wonderful, offsetting the emotional drama in the family. The family is brought to life by a great cast. Gene Hackman portrays the returning father and Anjelica Huston as his ex-wife. Their adult children are portrayed by Ben Stiller, Gwyneth Paltrow and Luke Wilson. In addition, Danny Glover plays their mother’s new husband, Owen Wilson portrays a family friend, Bill Murray as the daughter’s husband, and Alec Baldwin as the narrator. The great cast along with the imagination of Anderson make The Royal Tenenbaums into a melancholic yet wonderful viewing experience for viewers and maybe the release for some as they fret having to deal with their family this holiday season.

This murder-mystery from the mind of Rian Johnson tells the story of a wealthy family of a famous novelist who turns up dead after his birthday. Considering the whole family was at his birthday party and all had motive to kill him, they are all suspects. This movie brings the extended family experience to life by showcasing the two things that tend to tear families apart: politics and money. The Thrombey family represents your typical American family divided by their political opinions. Arguments between family members over Donald Trump and the ensuing name calling feel all too familiar.

Money is another factor that creates divisions within the Thrombey family, which is also an issue that several viewers maybe all too familiar with. Harlan Thrombey’s success as a crime novelist led to his wealth that his family benefits from. When Thrombey threatens to cut off some of his family members from his wealth, it creates a wedge that leads viewers to easily believe that one of his family members was responsible for his death. These issues that are brought up make Knives Out into a hilarious, engrossing and inventive murder-mystery that is brought to life by an all-star cast including Daniel Craig, Jamie Lee Curtis, Don Johnson, Michael Shannon, Toni Collette, Chris Evans, Christopher Plummer, and Ana de Armas. While demonstrating the divisions and issues within the modern American family, Johnson never forgets to tell a compelling murder mystery. His script takes viewers on a ride with plenty of twists, turns, and laughs that they will not get enough of.

What a hidden gem! I had such a lovely time at a recent showing of Godzilla (1954). This theater is a bit timeworn, yet undeniably quaint and charming with an unconventional feel. And interestingly enough, the audience served as the sweet element of surprise. Those in attendance created an atmosphere of delight, comfort, and personal acceptance… and get this.. there was an actual host who presented a brief preface to the film just prior to viewing. Very collegiate, which I loved!  All in all pe… END_OF_DOCUMENT_TOKEN_TO_BE_REPLACED

LOVE this theater..OMG. I’ve been here several times now for different events. I’ve attended 2 of the 3 Scott Pilgrim events thrown by Cinemattack. I was even the lucky winner of the Scott Pilgrim album on vinyl. I don’t have a record player..but may as well be a trophy for me because I never win anything! lol. I also attended “The Last Unicorn” event with Peter S Beagle- the author speaking and answering a Q and A afterwards. This was so awesome. I have always loved loved this movie and it was … END_OF_DOCUMENT_TOKEN_TO_BE_REPLACED