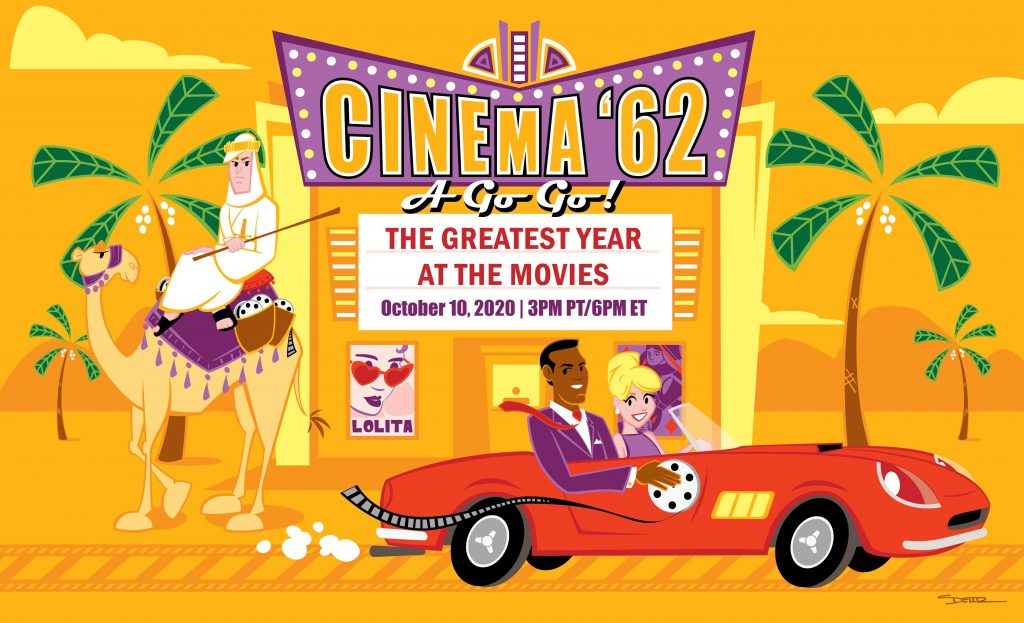 On Saturday, October 10th, starting at 3PM,  The Frida Cinema and Vitagraph invite you to live virtual variety show event Cinema ’62 A-Go-Go: The Greatest Year at the Movies! 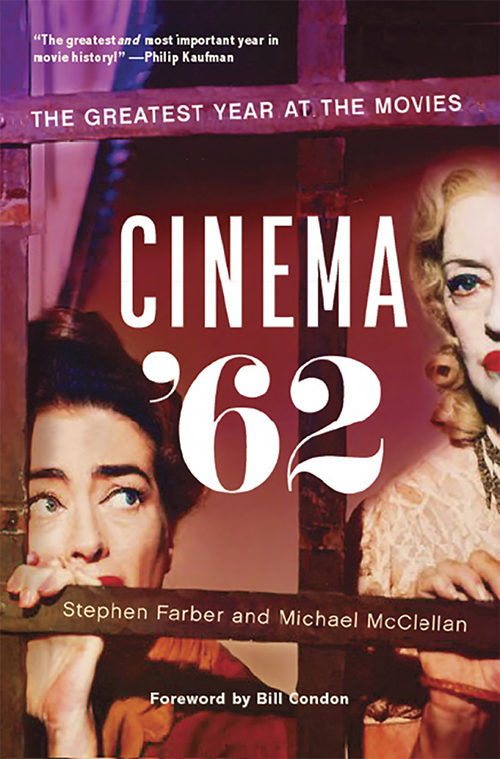 Inspired by the book of the same name by Stephen Farber and Michael McClellan, who will also host this special event, Cinema ’62 A-Go-Go promises far more than a book-talk and Q&A. In a variety show format, the event will re-examine the year in film, and everything in between, delving into the cultural context of when these films were made. Featuring special guests, cocktails of the era, period music, prophetic politics, and even a little dancing, the event will provide many a nostalgic moment for older audiences while inviting younger audiences to explore and be enthralled by a year filled with some of the most prescient — and in many cases, most woke — motion pictures ever made!

Tickets to this LIVE streaming event are $13, and are available by clicking here! Event is scheduled to run 100 minutes, and starts at 3PM PST!  A portion of all tickets sold at this link will benefit The Frida Cinema!

About the Book
If you’re interested in learning about the inspiration for this event, then check out the book it’s named after! Authors Michael McClellan and Stephen Farber make the bold claim that 1962 is the most pivotal year in world cinema, eclipsing all others – including notable years such as 1939 and 1999. The book is movie history with a twist, an amalgam of pop culture, critical analysis, and juicy anecdotes of more than fifty memorable films including Lawrence of Arabia, The Miracle Worker, To Kill a Mockingbird, The Manchurian Candidate, Gypsy, Sweet Bird of Youth, The Longest Day, The Music Man, What Ever Happened to Baby Jane?, and more! Learn more at mrmcclellan.com/cinema-62!

LOVE this theater..OMG. I’ve been here several times now for different events. I’ve attended 2 of the 3 Scott Pilgrim events thrown by Cinemattack. I was even the lucky winner of the Scott Pilgrim album on vinyl. I don’t have a record player..but may as well be a trophy for me because I never win anything! lol. I also attended “The Last Unicorn” event with Peter S Beagle- the author speaking and answering a Q and A afterwards. This was so awesome. I have always loved loved this movie and it was … END_OF_DOCUMENT_TOKEN_TO_BE_REPLACED