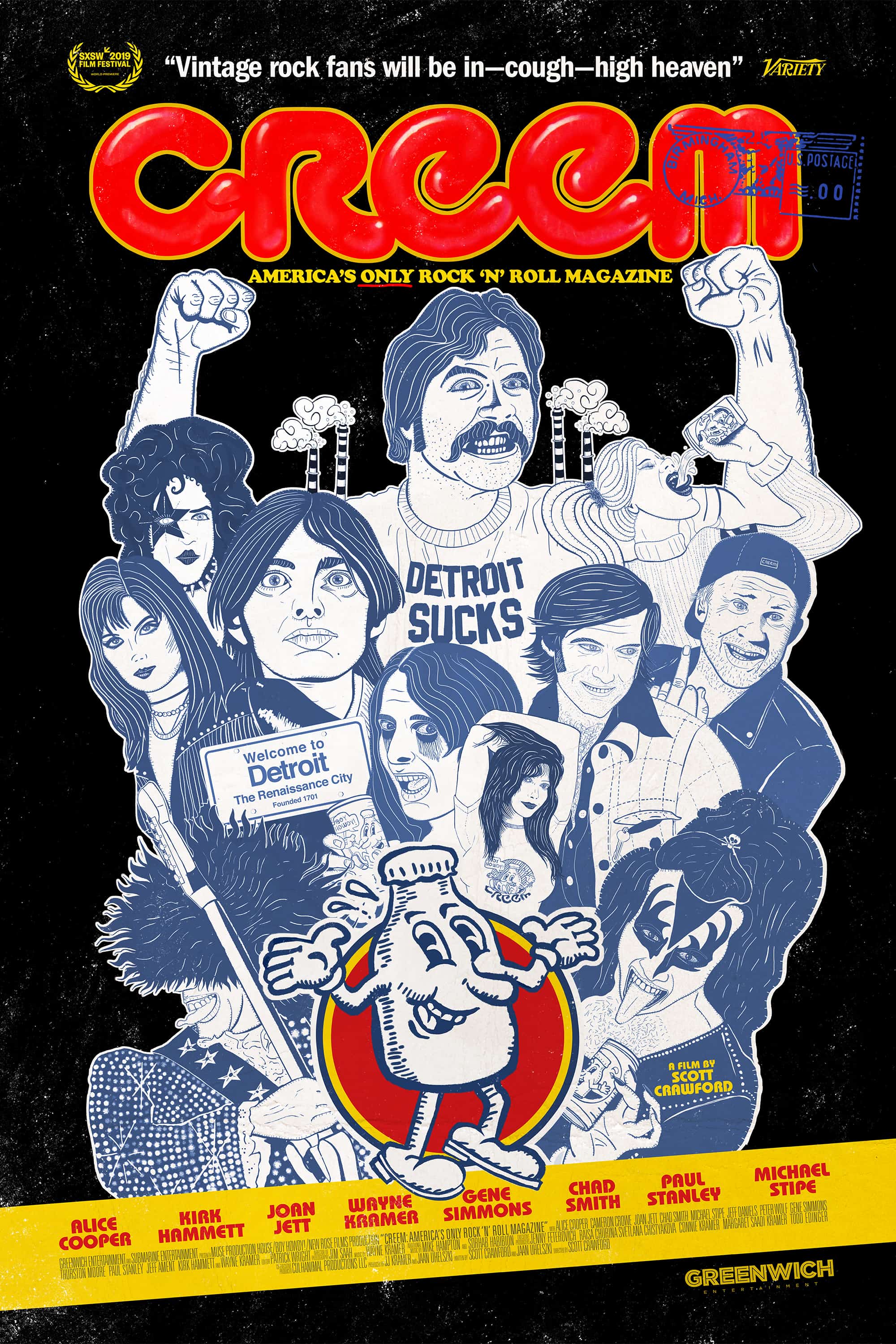 Capturing the messy upheaval of the ’70s just as rock was re-inventing itself the film explores CREEM Magazine’s humble beginnings in post-riot Detroit, follows its upward trajectory from underground paper to national powerhouse, then bears witness to its imminent demise following the tragic and untimely deaths of its visionary publisher, Barry Kramer, and its most famous alum and genius clown prince, Lester Bangs, a year later. Fifty years after publishing its first issue, “America’s Only Rock ‘n’ Roll Magazine” remains a seditious spirit in music and culture.

Link to purchase tickets to stream this film in our Virtual Cinema will be available on Friday, August 7th (Thursday at Midnight) until Thursday, August 20th. To purchase and stream, click the button below!

“Vintage rock fans will be in (cough) high heaven.” — Variety

What a hidden gem! I had such a lovely time at a recent showing of Godzilla (1954). This theater is a bit timeworn, yet undeniably quaint and charming with an unconventional feel. And interestingly enough, the audience served as the sweet element of surprise. Those in attendance created an atmosphere of delight, comfort, and personal acceptance… and get this.. there was an actual host who presented a brief preface to the film just prior to viewing. Very collegiate, which I loved!  All in all pe… END_OF_DOCUMENT_TOKEN_TO_BE_REPLACED

LOVE this theater..OMG. I’ve been here several times now for different events. I’ve attended 2 of the 3 Scott Pilgrim events thrown by Cinemattack. I was even the lucky winner of the Scott Pilgrim album on vinyl. I don’t have a record player..but may as well be a trophy for me because I never win anything! lol. I also attended “The Last Unicorn” event with Peter S Beagle- the author speaking and answering a Q and A afterwards. This was so awesome. I have always loved loved this movie and it was … END_OF_DOCUMENT_TOKEN_TO_BE_REPLACED