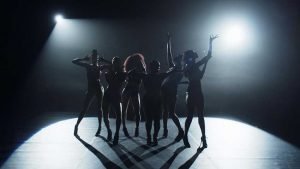 Over the course of a year, film makers Dennis Keighron-Foster and Amy Watson charted the buildup to the Manchester ICONS Vogue Ball and explore universal themes and the unique styles from both sides of the Atlantic including the sometimes dramatic internal politics of Vogue to external politics including the disenfranchisement of black youth, LGBT issues, the dearth of art spaces and modes of expression, the over-commercialized gay scene, and the lack of safe spaces for the truly different.

DEEP IN VOGUE is an electric, informative, and entertaining celebration of people coming to love and accept themselves, finding a new family through Vogue.

LOVE this theater..OMG. I’ve been here several times now for different events. I’ve attended 2 of the 3 Scott Pilgrim events thrown by Cinemattack. I was even the lucky winner of the Scott Pilgrim album on vinyl. I don’t have a record player..but may as well be a trophy for me because I never win anything! lol. I also attended “The Last Unicorn” event with Peter S Beagle- the author speaking and answering a Q and A afterwards. This was so awesome. I have always loved loved this movie and it was … END_OF_DOCUMENT_TOKEN_TO_BE_REPLACED