The Frida is excited to participate with two blocks of film presentations by talented Santa Ana filmmakers! 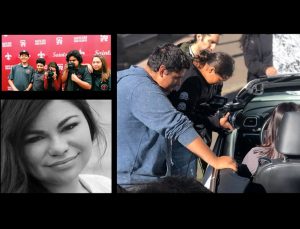 Over the years, Edward James Olmos and his Latino Film Institute have worked closely with the Santa Ana Unified School District to pioneer the Youth Cinema Project, which now serves as a model for districts across the state of California. Through the project, Heninger Intermediate and Santa Ana High School students discover the art of filmmaking by working with film industry professionals and studying screen writing, editing, special effects and more. Lead by Sophia Cuevas an English Teacher as SAHS you will be pleased to see a series of films produced, directed and edited by the Students. Santa Ana High School is the oldest and largest high school in Orange County, California, United States. The school was established in 1889. 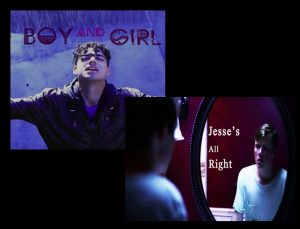 At 4pm, join us in welcoming SAC Media!

SAC Media & Theatre Arts students under the direction of Chris Cannon will Share short films which they have made sharing the theme of Self-awareness and the courage to change. SAC Media will be Screening of two short films produced and performed by students. The first film is called: “Jesse’s All Right” Synopsis: Jesse used to be overweight and now he’s not, but his obsession with weight loss has turned unhealthy and takes him down a dark path. The second film is entitled: “Boy and Girl” Synopsis : After being dumped by his girlfriend, Jake finds himself caught up in a world of online dating and websites promising sexual encounters. He becomes so engrossed in this new and exciting cyber reality that he begins to lose the ability to see the opportunities that are right in front of him.

I love the Frida, as an avid movie watcher, it’s great to have a place to go where many classic, cult and underrated films are shown. I had the pleasure of attending “The Decline of Western Civilization” screening with director Penelope Spheres doing a Q&A. Her films are so historically important and impacted me at a very young age. I am forever grateful for the experience, like nowhere else would this be possible. I think it’s truly amazing what the staff and everyone involved is doing for the … END_OF_DOCUMENT_TOKEN_TO_BE_REPLACED

LOVE this theater..OMG. I’ve been here several times now for different events. I’ve attended 2 of the 3 Scott Pilgrim events thrown by Cinemattack. I was even the lucky winner of the Scott Pilgrim album on vinyl. I don’t have a record player..but may as well be a trophy for me because I never win anything! lol. I also attended “The Last Unicorn” event with Peter S Beagle- the author speaking and answering a Q and A afterwards. This was so awesome. I have always loved loved this movie and it was … END_OF_DOCUMENT_TOKEN_TO_BE_REPLACED

What a hidden gem! I had such a lovely time at a recent showing of Godzilla (1954). This theater is a bit timeworn, yet undeniably quaint and charming with an unconventional feel. And interestingly enough, the audience served as the sweet element of surprise. Those in attendance created an atmosphere of delight, comfort, and personal acceptance… and get this.. there was an actual host who presented a brief preface to the film just prior to viewing. Very collegiate, which I loved!  All in all pe… END_OF_DOCUMENT_TOKEN_TO_BE_REPLACED