Join us at The Frida on Thursday, May 13th at 7:30pm for a unique evening of film and dialogue presented in partnership with Science on Screen®, an initiative of the COOLIDGE CORNER THEATRE, with major support from the ALFRED P. SLOAN FOUNDATION.  2015 Sundance winner The Stanford Prison Experiment takes a dramatic look the human study conducted by psychology professor Philip Zimbardo that would become one of the most controversial experiments in history, recreating the infamous trial in unflinching detail. After our special presentation of the film, we will be welcoming Dr. Amir Raz, Professor of Psychiatry, Neurology & Neurosurgery, and Psychology, to engage the audience with a presentation he has dubbed The Susceptibility of the Human Mind, and discuss the impact of the experience — both in terms of its discoveries, and its eventual impact on human studies and the scientific field altogether.

During the summer of 1971 in Stanford, CA, Professor Zimbardo set out to conduct a two-week sociological experiment.  Assembling twenty-four male students in a mock prison staged in the basement of the Stanford psychology building, Zimbardo randomly assigned them the role of either a prisoner or guard in the effort to better understand the institution of American prisons — only for matters to quickly spiral out of control. Anchored by a strong leading performance from Billy Crudup as Zimbardo, the film also boasts powerful supporting turns from Ezra Miller (We Need To Talk About Kevin),  Michael Angarano (Almost Famous), and Tye Sheridan (The Tree of Life) as three of the experiment’s notable test subjects.  Featuring a screenplay by Tim Talbott which was written in concert with The Lucifer Effect, Professor Zimbardo’s own book about the experience, director Kyle Patrick Alvarez’s film is as relentless in its accuracy as it is in its thrilling staging.

ABOUT SCIENCE ON SCREEN

The Coolidge Corner Theatre’s Science on Screen series has enhanced film and scientific literacy with this popular program, which launched at the Coolidge in 2005. In partnership with the Alfred P. Sloan Foundation and its pioneering nationwide film program, the Coolidge has expanded Science on Screen to 96 cinemas nationwide. Throughout the academic year, SoS creatively pairs screenings of classic, cult, science fiction, and documentary films with lively presentations by notable experts from the world of science and technology. Each film is used as a jumping-off point for a speaker to introduce current research or technological advances in a manner that engages popular culture audiences. 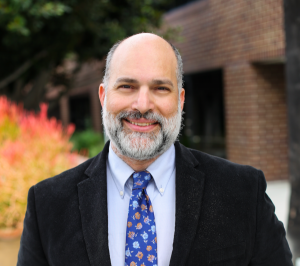 Dr. Raz is Professor of Psychological and Brain Sciences and Director of the Brain Institute at Chapman University, and Professor in the Department(s) of Psychiatry (Psychology, Neurology and Neurosurgery) at McGill University (Canada). His research spans the cognitive neuroscience of attention, placebos, and altered planes of consciousness.

Dr. Raz is a world leader in unlocking the brain substrates of attention and consciousness. Dr. Raz’s research interests span the neural and psychological substrates of attention, suggestion, placebos, and self-regulation. A former magician and musician, he also conducts research into the cognitive neuroscience of deception, ownership, altered consciousness, and atypical cognition. Using imaging of the living human brain, genetics, and other techniques, his research brings together basic and clinical science. Learn more at https://braininstitute.us/people/faculty/amir-raz/.

We thank Science on Screen, The Coolidge Corner Theatre, the Alfred P. Sloan Foundation, and Dr. Amir Raz for their collaboration and support of this special event!

“The Stanford Prison Experiment is the kind of movie that raises as many questions as it answers. It’s also the kind of film where you want to budget some time for discussion afterward. You won’t be able to shake this one off easily.” — Richard Roeper, The Chicago Times

“That this was a controversial experiment, whose findings have been the subject of debate ever since, comes as no surprise. But history, before and since, suggests that it encapsulates an essential truth. For that reason alone, The Stanford Prison Experiment, which illustrates and dramatizes that truth, is worth seeing.” — Mick LaSalle, SF Gate

“The scripting is tight, but Alvarez has his work cut out for him visually, trying to make this drab space look both interesting and oppressive, and to keep the imagery from getting tedious or boring.” — Bilge Ebiri, Vulture

LOVE this theater..OMG. I’ve been here several times now for different events. I’ve attended 2 of the 3 Scott Pilgrim events thrown by Cinemattack. I was even the lucky winner of the Scott Pilgrim album on vinyl. I don’t have a record player..but may as well be a trophy for me because I never win anything! lol. I also attended “The Last Unicorn” event with Peter S Beagle- the author speaking and answering a Q and A afterwards. This was so awesome. I have always loved loved this movie and it was … END_OF_DOCUMENT_TOKEN_TO_BE_REPLACED

What a hidden gem! I had such a lovely time at a recent showing of Godzilla (1954). This theater is a bit timeworn, yet undeniably quaint and charming with an unconventional feel. And interestingly enough, the audience served as the sweet element of surprise. Those in attendance created an atmosphere of delight, comfort, and personal acceptance… and get this.. there was an actual host who presented a brief preface to the film just prior to viewing. Very collegiate, which I loved!  All in all pe… END_OF_DOCUMENT_TOKEN_TO_BE_REPLACED