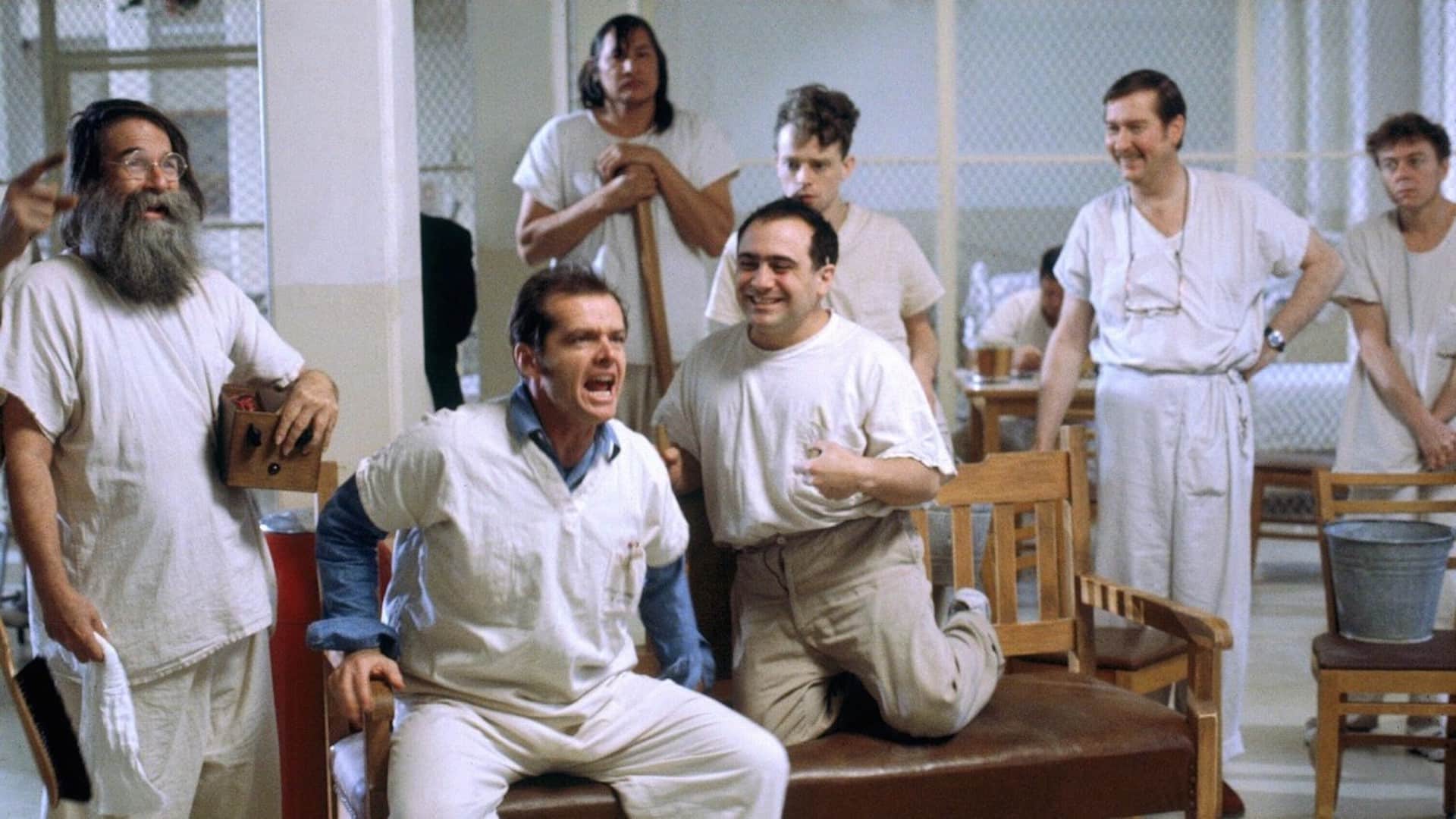 November has been an eventful month for The Frida, filled as it was with events like Arvida Book Co.’s Movies ’N’ the Books X Frida screening and book club discussion of Milos Forman’s One Flew Over the Cuckoo’s Nest on Thursday the 17th. Based on the groundbreaking novel of the same name by Ken Kesey, the film stars Jack Nicholson as Randle Patrick McMurphy, a convict who feigns insanity to get out of the hard labor that prison would entail and into the seemingly-more lax routine of a mental institution. Sweeping the 1975 Academy Awards and garnering Nicholson his first Oscar win, the film moved audiences and critics alike with its multilayered, thematically-rich story of men in an oppressive environment and their struggle – against their oppressors as much as themselves – for dignity. It also happens to be a movie that’s near and dear to my heart, as it was one of, if not the first to radically change the way I viewed movies and made me seriously consider them as an art form when I first saw it way back in middle school. Having seen it countless times (and reading the book several times) since then, I jumped at the opportunity to not only see it once again on the big screen but to talk about it with others as well.

I was expecting a decent crowd for the movie, but I was nevertheless surprised when I arrived and saw a sizable group waiting outside The Frida. Finding some guests who were also there for One Flew Over the Cuckoo’s Nest, I was able to ask around to find out what was going on. It turned out that Creature Bazaar had its CreatureVision event going on in the other theater that night, with the lobby jam-full of people for that event as well as for the Arvida book club’s. Making my way through the crowd, I entered the theater and watched the rest of the audience trickle in, with around 50 or so people showing up. Not quite Rocky Horror numbers perhaps, but still very impressive for a weeknight as well as an older, non-genre film that touches on such topics as mental illness, institutional abuse, and suicide.

I’ve lost count of how many times I’ve watched Cuckoo’s Nest, and I saw it the last time we played it at here, but I will never cease to be amazed by how rewatchable it remains every time I see it. Watching it yet again, the dialogue and character interaction still felt as raw as they did the first time around, and the story lost none of its power to move after years of repeat viewings. If anything, seeing it on the big screen again increased my appreciation of the film as I had the added pleasure of seeing other people react to it. McMurphy and company’s antics frequently provoked laughter, while somebody clapped at the mere sight and sound of Chief Bromden (the towering, unforgettable Will Sampson) dropping his broom before tearing a belligerent orderly off Mac. Again, I’ve seen the movie too many times to count, but it was only after seeing these disparate reactions that I fully recognized the movie’s ability to seamlessly navigate between comic quirkiness and stirring triumph.

Once Chief escaped into the wilderness and the film ended, the Arvida Book crew took to the stage for the discussion portion of the evening. Inviting us all to move in closer for a more “intimate” discussion (as well as so it would be easier to hear everyone), they opened by asking what we all thought the movie and book meant. Several answers were given but the one that stood out the most to me was “Give me liberty, or give me death”, a sentiment that definitely describes the revolutionary spirit of both Forman’s film and Kesey’s novel. Several other interesting observations were made, with one guest noting that both the book and movie take place in the early 60s, which saw the birth of the women’s liberation movement, and suggesting that Nurse Ratched may have been intended as Kesey’s commentary on said movement. As a teen who was obsessed with Cuckoo’s Nest but had no peers to discuss or explore it with, it was somewhat cathartic to talk about it as an adult with others who were just as engaged and intrigued by it, and in a public place no less.

So what’s next for Arvida’s Movies ’N’ Books series? They’ve already got the live-action How the Grinch Stole Christmas with Jim Carrey lined up for December, which, being an even earlier favorite of mine, I also plan on attending. But there are still many great books with great film adaptations for them to choose from as they go forward into 2023. Joseph Heller’s Catch-22, for example, has an excellent movie adaptation by Mike Nichols that we’ve never played at The Frida before, while Martin Scorsese’s The Last Temptation of Christ would perhaps be a tad controversial but certainly conducive to discussion. Regardless of what they end up screening, I know I’ll be looking forward to future Arvida film screenings and more discussions about the books that inspired them.