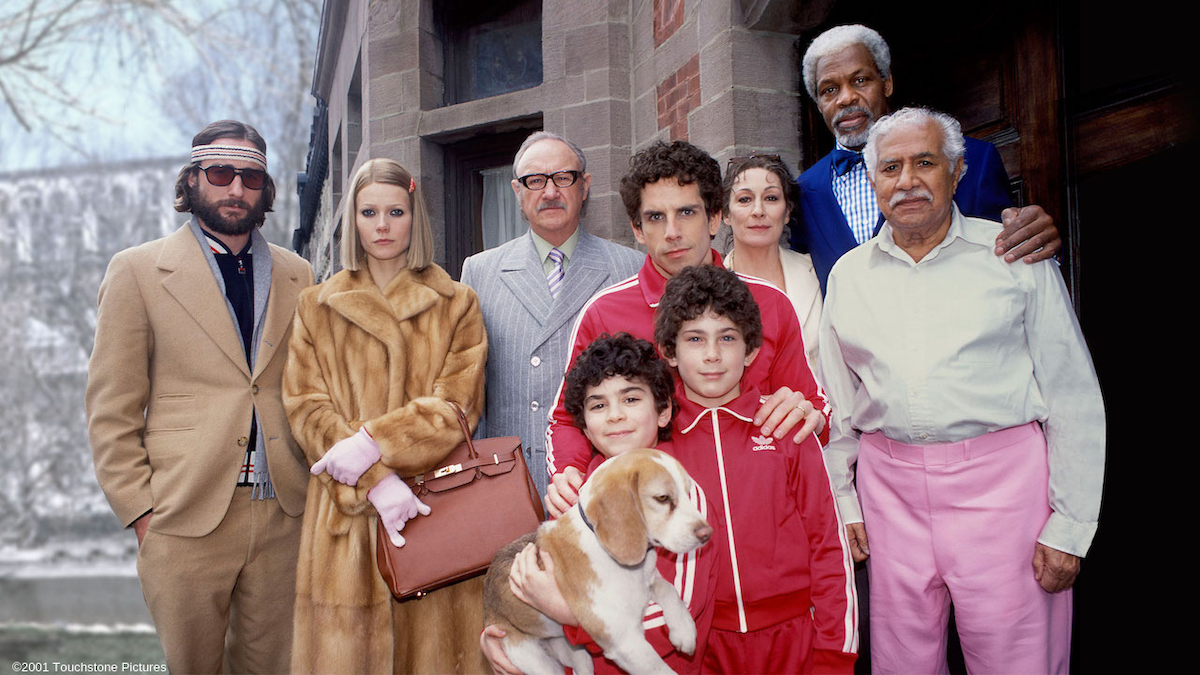 Rushmore – Nov 5, 7, 8
Directed by Wes Anderson | 1998
Max has been a scholarship student at the prestigious Rushmore Academy since the second grade. But he’s far more focused on extracurriculars than academics. The headmaster issues an ultimatum: pick up his grades or be expelled. Max doesn’t give up easily, though—especially not when he’s competing with disillusioned businessman Herman Blume for the heart of Rosemary Cross, a first-grade teacher at Rushmore.
Boogie Nights – Nov 5, 7, 8
Directed by Paul Thomas Anderson | 1997
On a fateful night in the San Fernando Valley, busboy Eddie Adams (Mark Wahlberg) meets pornographic auteur Jack Horner (Burt Reynolds) at a club in Reseda. Upon Horner’s invitation, he’s thrust into the limelight as Dirk Diggler—an up and coming big, bright shining star in the porno world. Alongside Rollergirl (Heather Graham), Amber Waves (Julianne Moore), Reed Rothchild (John C. Reilly), he experiences triumph and tragedy alike—all coming to a head with a climax you’ll never forget.
Hard Eight – Nov 10, 11
Directed by Paul Thomas Anderson | 1996
Following in a long tradition of noirish Las Vegas pictures, the movie tells the story of broke and lonely John Finnegan (John C. Reilly). Having lost all his money gambling, John sits outside a highway diner panhandling when he encounters the articulate and sophisticated Sydney Brown. Played by Philip Baker Hall (in the first of three major collaborations with Anderson), Sydney is a more seasoned gambler that takes John on as a protege when he learns John has nowhere else to go. The familial bond that grows between them becomes more complicated by the arrival of Sydney’s old friend Jimmy (Samuel L. Jackson at his prime) that suggests Sydney’s kindness to John isn’t as selfless as it seems.
Bottle Rocket – Nov 10, 11
Directed by Wes Anderson | 1996
Inspired by Anderson’s 1992 short film of the same name, Bottle Rocket follows friends Anthony (Luke Wilson) and Dignan (Owen Wilson), along with their neighbor, Bob (Robert Musgrave); Anthony has just escaped from a mental hospital and is dragged into Dignan’s plan to commit crime and find his former boss, Mr. Henry (James Caan), as he’s an actual criminal who can show them the ropes. Once the trio head out on the road, they encounter a few mishaps along the way and soon realize they’re in way over their heads.
Magnolia – Nov 12, 13, 14
Directed by Paul Thomas Anderson | 1957

The Grand Budapest Hotel – Nov 29, 30 & Dec 1, 2
Directed by Wes Anderson | 2014
One of Wes Anderson’s most ornately-styled films, The Grand Budapest Hotel tells the story of Zero (Tony Revolori), the lobby boy of the Grand Budapest, and Monsiuer Gustave H (Ralph Fiennes), the hotel concierge, who prides himself on satisfying the needs of hotel guests – for some guests, in more ways than one. When Gustave’s mistress, Madame D (Tilda Swinton), mysteriously dies and leaves a rare Renaissance painting for him, he becomes the main suspect in her murder. Along with Zero’s girlfriend, Agatha (Saoirse Ronan), Gustave and Zero set out to prove his innocence and keep the fortune that is rightfully Gustave’s. 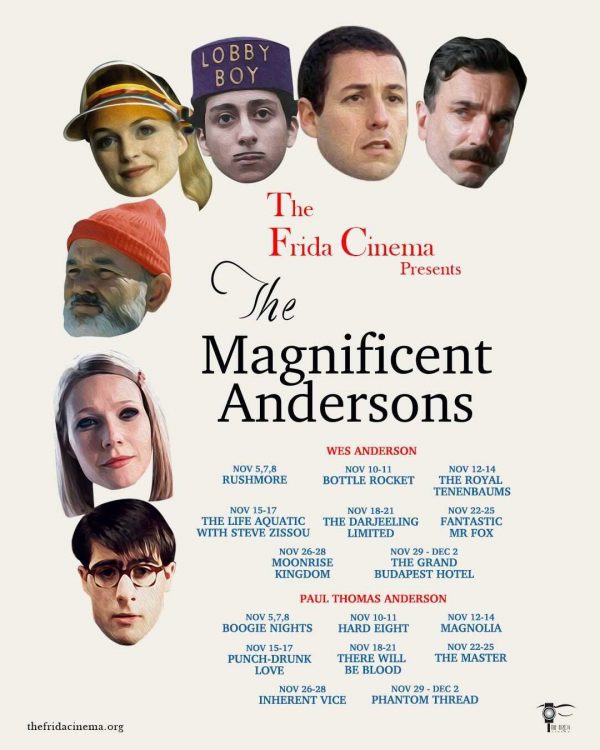