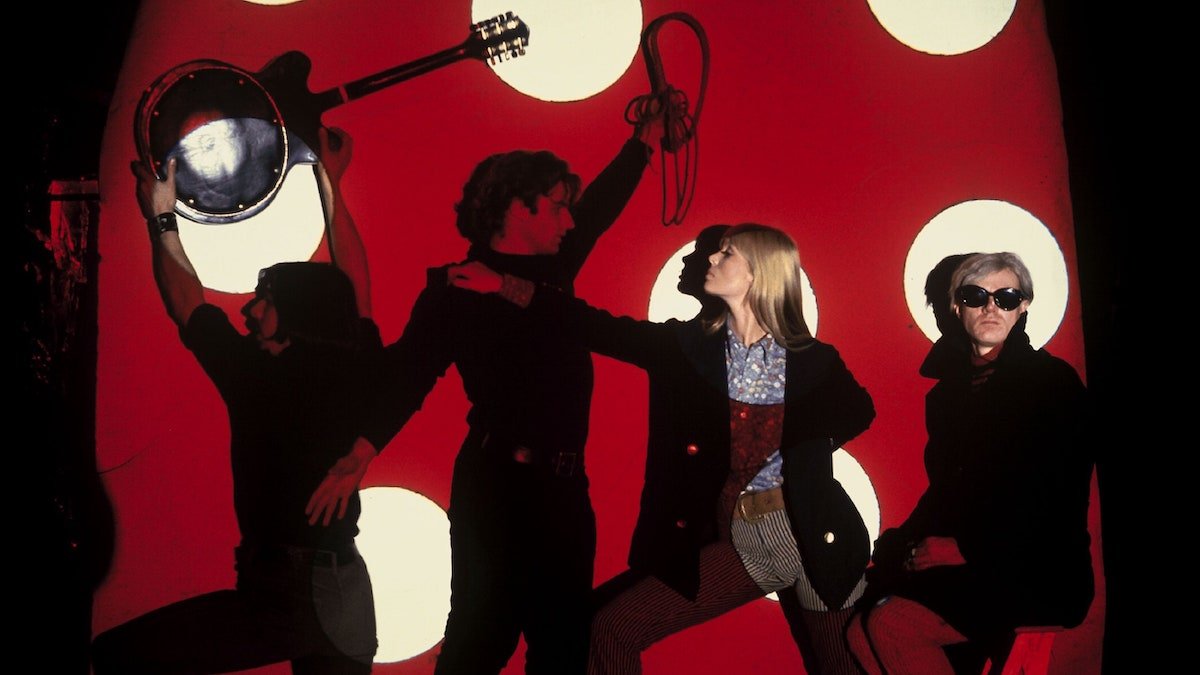 What Goes On: The Art of The Velvet Underground

“Years ago, people used to sit looking out of their windows at the street. Or on a park bench. They would stay for hours without being bored although nothing much was going on. This is my favorite theme in movie making–just watching something happening for two hours or so.”

What goes on in New York City in the 1960s is emblematic of a post-Atomic Age ennui that looks more than a little familiar to the nihilism of today’s climate-concerned youth culture. Sitting in the shadow of potential nuclear fallout in the mid 20th century feels not too dissimilar to the paralysis of climate catastrophe in this still-developing second millennium.

What goes on in the face of doomsday, as it turns out, is a primal return to form, and the safety of patterns that animates the American avant-garde scene from whence The Velvet Underground emerged.

Beginning with the release of The Velvet Underground & Nico, their hypnotic debut album, in the spring of 1967, the group began one of the most important sustained streaks of artistic output in American culture of the last century. Each of their four albums recorded between 1966 and 1970–The Velvet Underground & Nico, White Light/White Heat, The Velvet Underground, and Loaded–would leave a lasting impression on both mainstream rock gods and avant garde apostles for generations. That old Brian Eno quip–about how each of the 30,000 people that bought the first Velvet Underground record on its original release went off and started their own bands because of it–is perhaps more true now than ever before; today the album has over 30 million streams on Spotify alone (give or take a million). 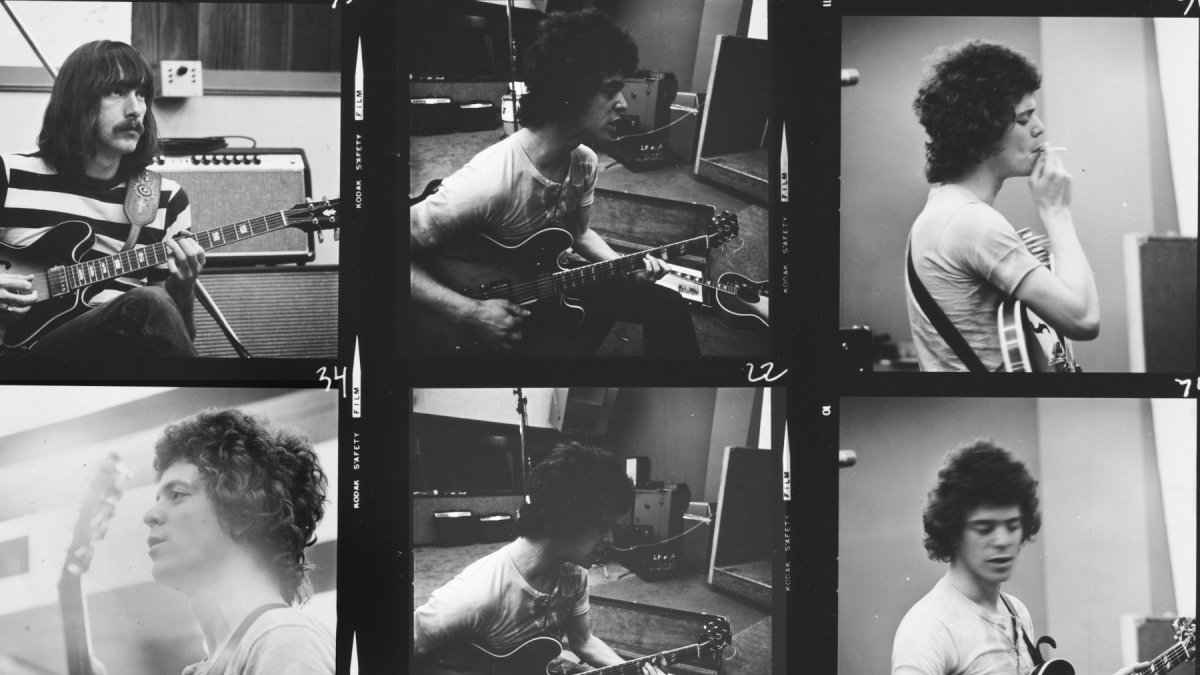 While agreeable, it would be reductive to view The Velvet Underground as merely a great band. They (like their dadaist benefactor Andy Warhol) were not simply good at producing impressive works: they were also quite savvy at using the unique formal elements of an art medium to make their expression.

Synthesizing the classical conservatory training of viola prodigy John Cale with the bullish street poems of Lou Reed, The Velvet Underground embarked on exploratory sonic experiments that observed songwriting from a physical (tape) and durational (time) perspective. Many of their works, including the 18 minute epic “Sister Ray”, are driven by repetitive musical refrains and the hissing imperfections of a compromised medium; live recordings of the song have reached as long as 38 minutes, full of digressions and improvisations nearing on performance art.

In a radio interview with producer Tom Wilson to promote the release of the first album, Lou Reed articulated the band’s desire to integrate the tangible and the experiential elements of their music:

“What is the plan for The Velvet Underground?”

“We want to ultimately work on a tape that takes up every minute of every hour of every day of the entire year . . . It would just be one extremely long tape, and it would fit in your wall, and it would be personalized . . . . And it would go on all day. It would be like one of Andy’s movies . . . Going on all the time.”

This emphasis on duration reveals not only a desire to preserve, but to keep things going as well. To say nothing of the content, music and film share in common this unique element of time. The Velvet Underground’s proximity to Andy Warhol at the exact moment when he abandons painting in favor of filmmaking, offers them access to a rapidly maturing underground film culture that informed their own boundary-pushing music. This very notion of observing the physical attributes of a medium is in direct conversation with the aims of independent and structuralist filmmakers of the day. Filmmakers like Shirley Clarke, Hollis Frampton, and even Andy Warhol himself: that is, filmmakers who emphasize duration over action in their work.

Interviewed for the recent Todd Haynes documentary, The Velvet Underground (2021), is another of these film poets: the Lithuanian-born Jonas Mekas. In addition to a lifetime of daring, abstract filmmaking, Mekas shot many of the band’s rehearsals, and was the camera-person for Andy Warhol’s 8 ½-hour structuralist epic Empire (1964). 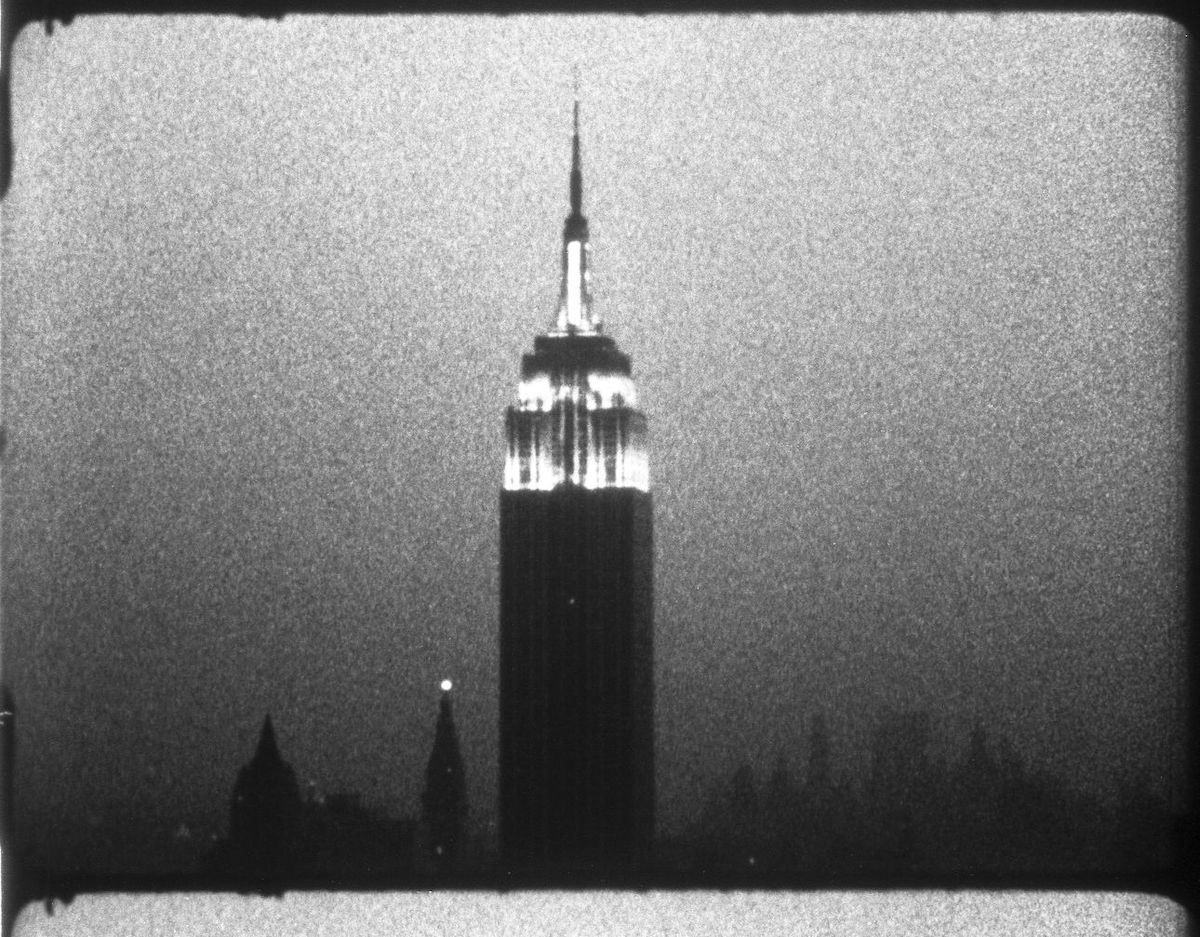 Walking out of the Empire State Building one day, Mekas remarked on the striking nature of the structure to Warhol, suggesting it might make a good image for a film. Composed of a single unchanging shot, the physical act of producing (and watching) the almost nine hour film transcends its content. The monumental commitment to scale creates a symmetry with the iconic New York landmark that would be tainted with the inclusion of even a single cut.

How Warhol described his use of long takes in his films:

“The more you look at the same exact thing, the more the meaning goes away, and the better and emptier you feel.”

Contrast this point-and-shoot minimalism with the algebraic designs in the work of Hollis Frampton, a filmmaker who saw cinema as a gateway to observing human thought. 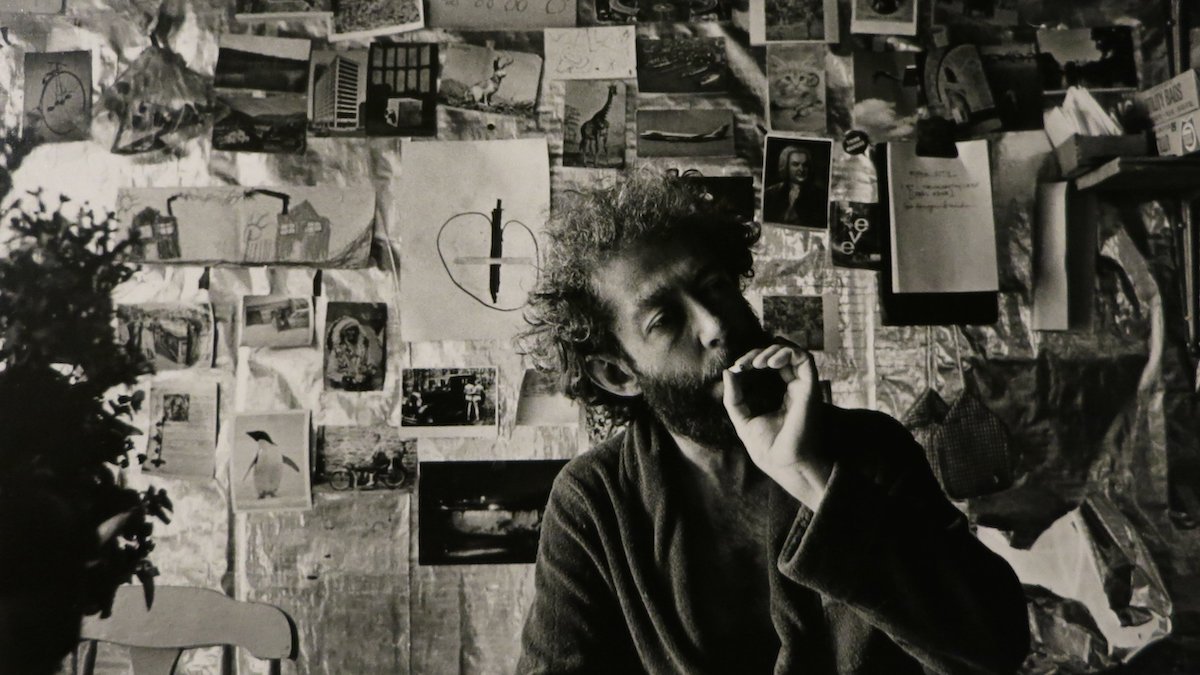 Though born in Ohio, Hollis Frampton was teaching filmmaking in New York at the same time The Velvet Underground were writing their first hits. Older than Lou Reed but younger than Warhol, Frampton has called himself a child of the industrial age, primed to view filmmaking as a mechanical, assembly-line process that can be broken down into interchangeable parts. In many ways, he argues, his films are an attempt to remake cinema in the way it should have been “at the beginning” of film history.

In his unfinished opus Magellan, Frampton planned an elaborate system of films that would be screened, one film a day, for a full Magellan calendar year (371 days). A temporal circumnavigation around human consciousness, in parallel to Magellan’s physical traversal around the globe. Frampton would spend over 10 years on the project until he died of cancer in 1984.

Of all his completed work, the abecedarian Zorns Lemma (1970) is Frampton’s most conceptually realized. Inaugurating itself as the first ever “experimental feature” to play at the New York Film Festival in 1970 (the same year The Velvet Underground released their penultimate album Loaded), the film’s premise is simple–just like a hit pop song! 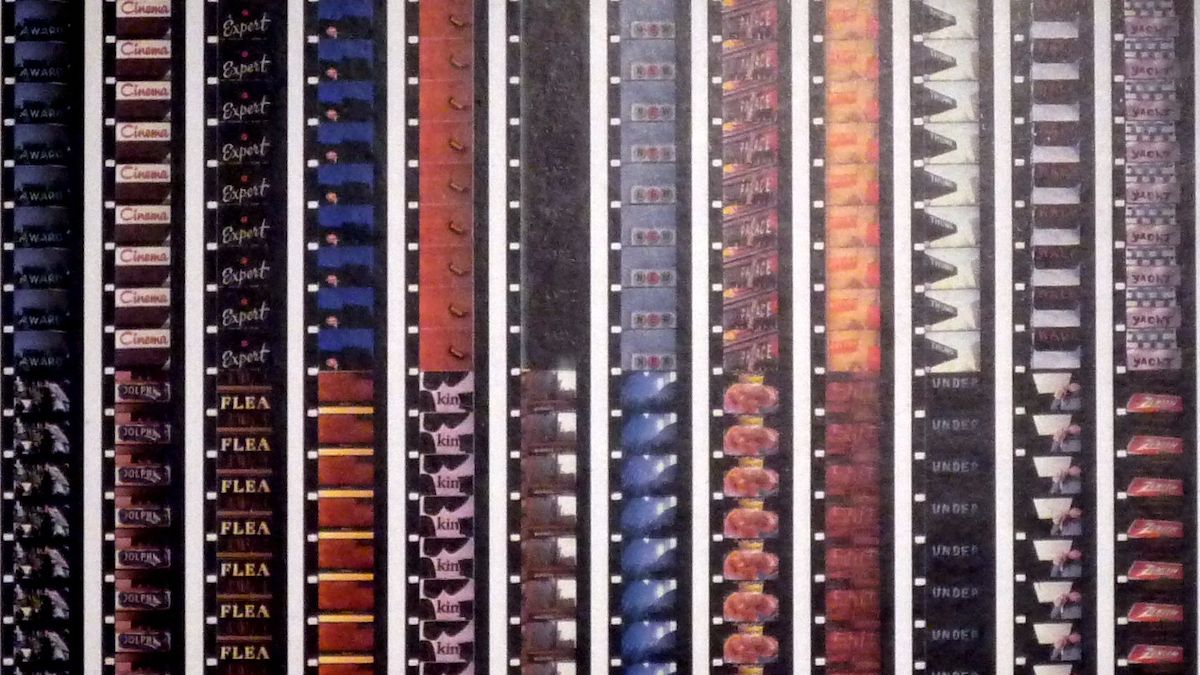 Frampton depicts the entirety of the English alphabet, one letter at a time, for precisely one second at a time (24 frames) for roughly 50 minutes. When the film gets to Z, it returns to the start and begins the process again with new images. This adherence to a fixed rubric results in an astounding film that is propulsive and engaging. Frampton finds the letters in store signs, street advertisements, and similar incidental locations that, consciously or otherwise, neatly aligns the film with the prevailing pop-art aesthetics of the American fine art scene at the time. The poetic connections between the words themselves, driven by the chronologic rhythms of the “script”, are remarkable all on their own.

The brutal rigor in which these structural modes of filmmaking are applied, follow in a documentary tradition that means to create an environment where a camera can capture the most authentic disposition of a reality and, therefore, articulate a truth, no matter how small or plain. 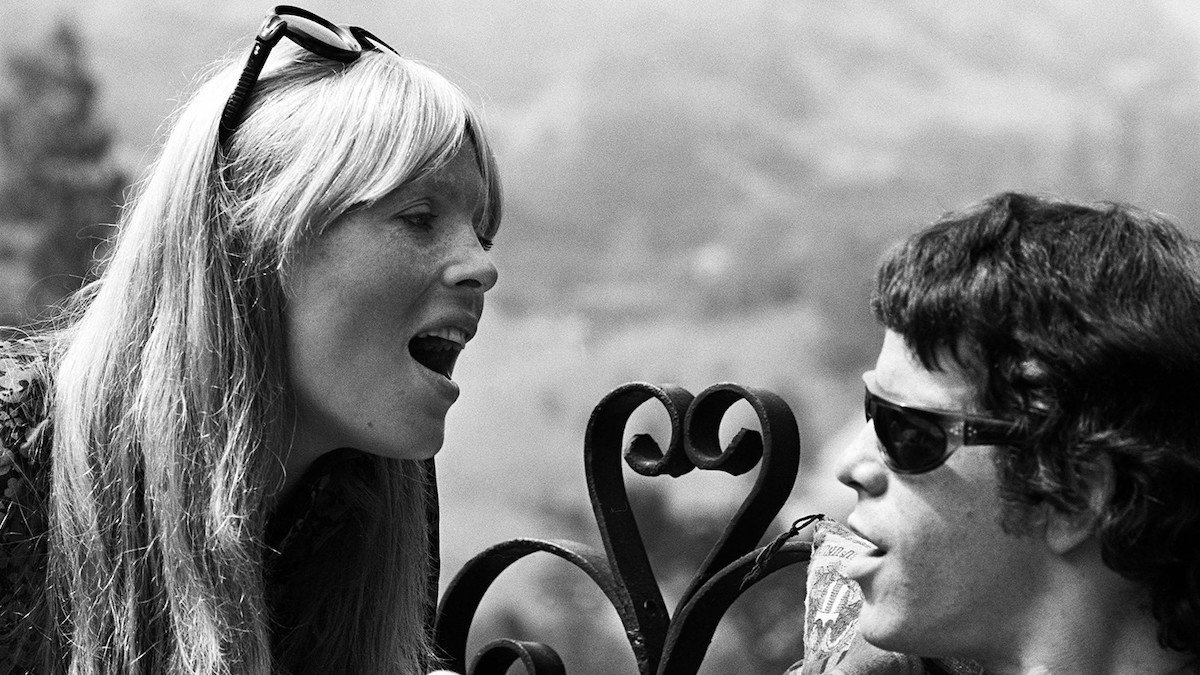 What goes on when The Velvet Underground effectively disbands after the release of Loaded, is a residual aftershock of musical influence that lends artistic legitimacy to the burgeoning first wave of punk rock musicians in the 1970s. Musicians like Jonathan Richman of The Modern Lovers, who, as revealed in the Haynes documentary, attended dozens of Velvet Underground shows as a teenager in Boston.

As the band’s influence travels further west however, their ideas of tangibility in art becomes further complicated in their construction. 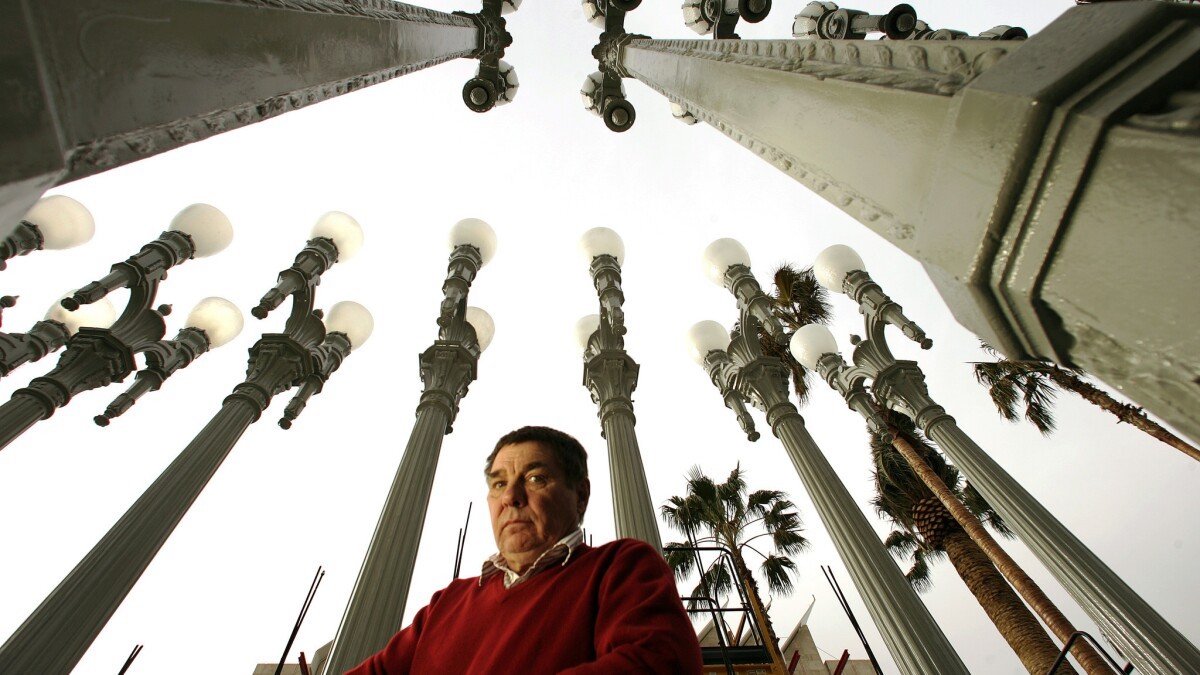 At the same time that conceptual artist Chris Burden was earning his MFA at UC Irvine in 1969 (the city of Irvine itself, a postmodern manqué of municipal suburbia), The Velvet Underground’s west coast tour had brought them only as close as San Francisco. Though it’s not clear if they ever crossed paths, by 1975 the band’s influence on Burden’s work had manifested in a staggering performance art piece named after the title track of the Velvet’s sinister sophomore album, White Light/White Heat.

In the piece, Chris Burden laid atop a precisely designed triangular platform installed in the corner of the Ronald Feldman Gallery in New York City, three miles away from where the titular album was recorded, and roughly one mile away from Andy Warhol’s Factory. The platform is high enough to keep Burden hidden from gallery spectators, where he simply laid silent for 22 days until the performance unceremoniously concluded.

The “white light” and heat mentioned in the lyrics are most often read as a drug reference, but in the context of Burden’s performance, it takes on a spiritual dimension as well. The white light, a symbol of the afterlife, dangling over a flat Burden in coffin-pose, bridges the themes of death and chemical ecstasy that recur in The Velvet Underground’s catalog. To say nothing at all of Burden’s monastic dedication to the extreme durational premise of the piece, invoking time’s decaying effect on the physical medium of performance–that is the human body. 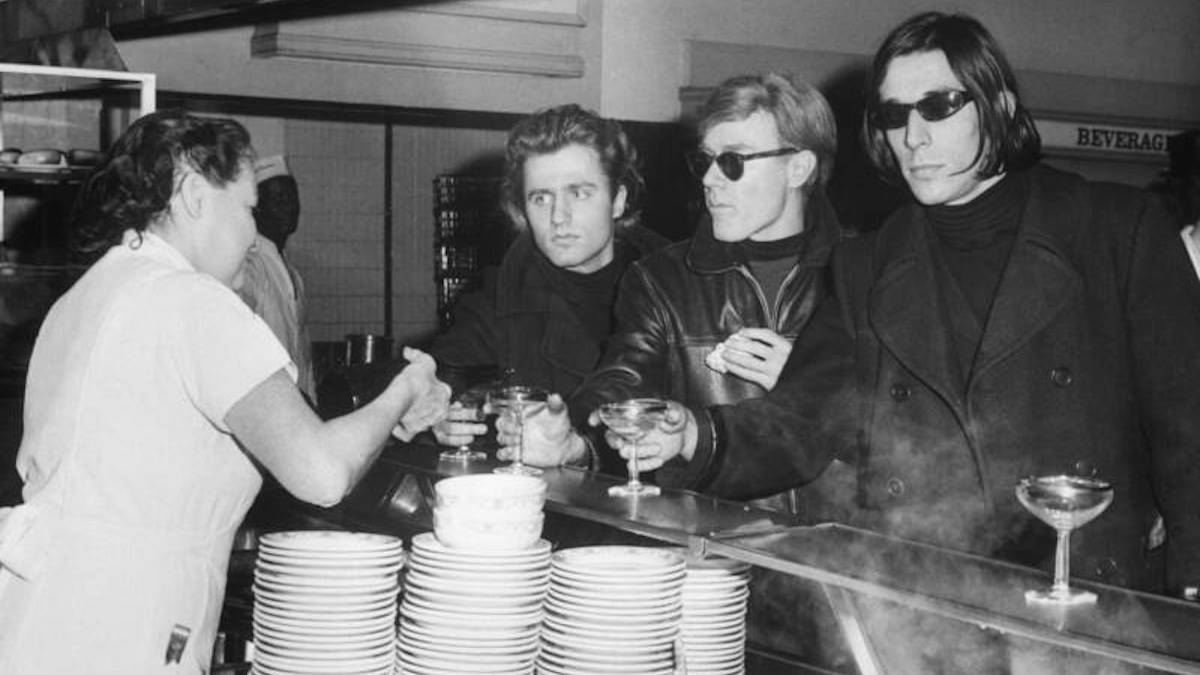 The practical reality of embracing duration in art, necessitates a confrontation with the physical limits of the chosen medium. The avant-garde musician of the 1960s faces analog challenges with magnetic audio tape just as the avant-garde filmmaker does with reels of celluloid; the performance artist is always under duress of time and aging. This negotiation between imagination, and the limits of execution becomes entwined with the meaning of the work itself.

What goes on in New York City in the 1960s is only a fraction of what goes on elsewhere in the country and the rest of the world. It was a new generation of representative thought and critical processing. A desire to record infinity and observe vanishing points in a pre-digital age.

For The Velvet Underground and artists like them, what goes on goes on forever. 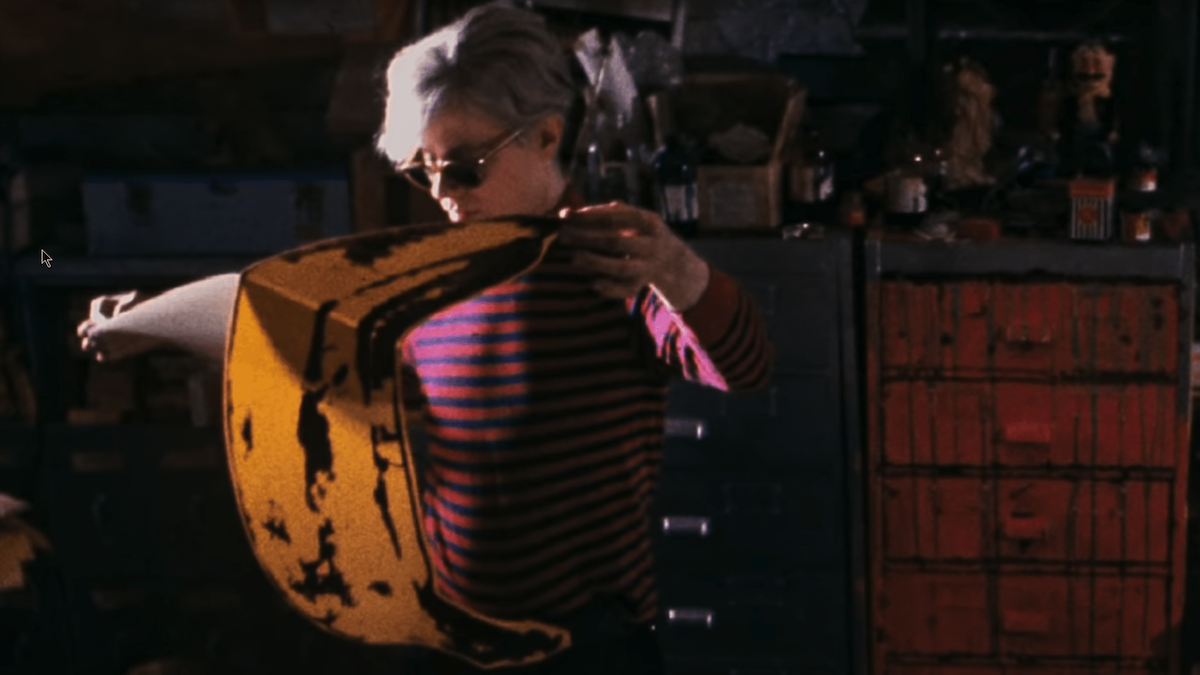