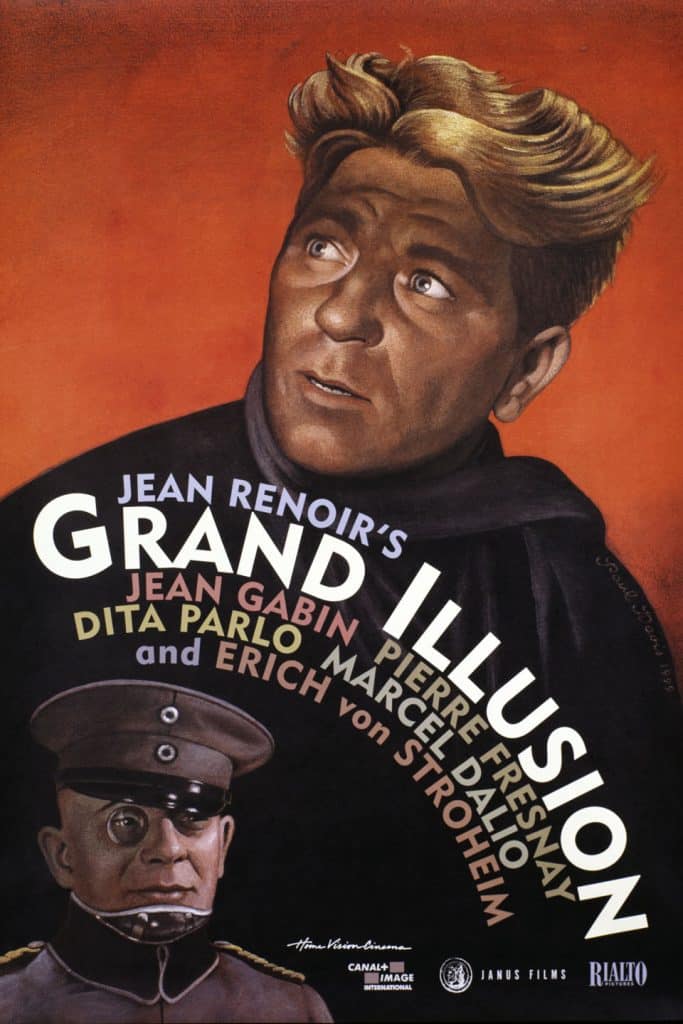 Screening is free, and for Frida Cinema Film Club Members only. RSVP’s will be accepted until theater is at capacity. Members are allowed to bring one guest to this screening — please indicate below if you will be bringing a guest!

Not a Member? Sign up at thefridacinema.org/film-club, then register to join us at the screening!

Nominated for the Academy Award for Best Picture, and winner of Best Foreign Language Film awards from New York Film Critics Circle and National Board of Review, Grand Illusion is a masterful anti-war statement, bringing humane insight and an undercurrent of ironic humor to an unusual relationship between captor and captive.  A group of French soldiers, including the Jewish aristocrat Lieutenant Rosenthal (Marcel Dalio) and the working-class Lieutenant Maréchal (Jean Gabin), grapple with their own class differences after being captured and held in a World War I German prison camp. When the men are transferred to a high-security fortress, they must concoct a plan to escape beneath the watchful eye of aristocratic German officer von Rauffenstein (Erich von Stroheim). Presented in French with English subtitles.

“If I had only one film in the world to save, it would be Grand Illusion.” — Orson Welles

“One of the true masterpieces of the screen.” — Pauline Kael