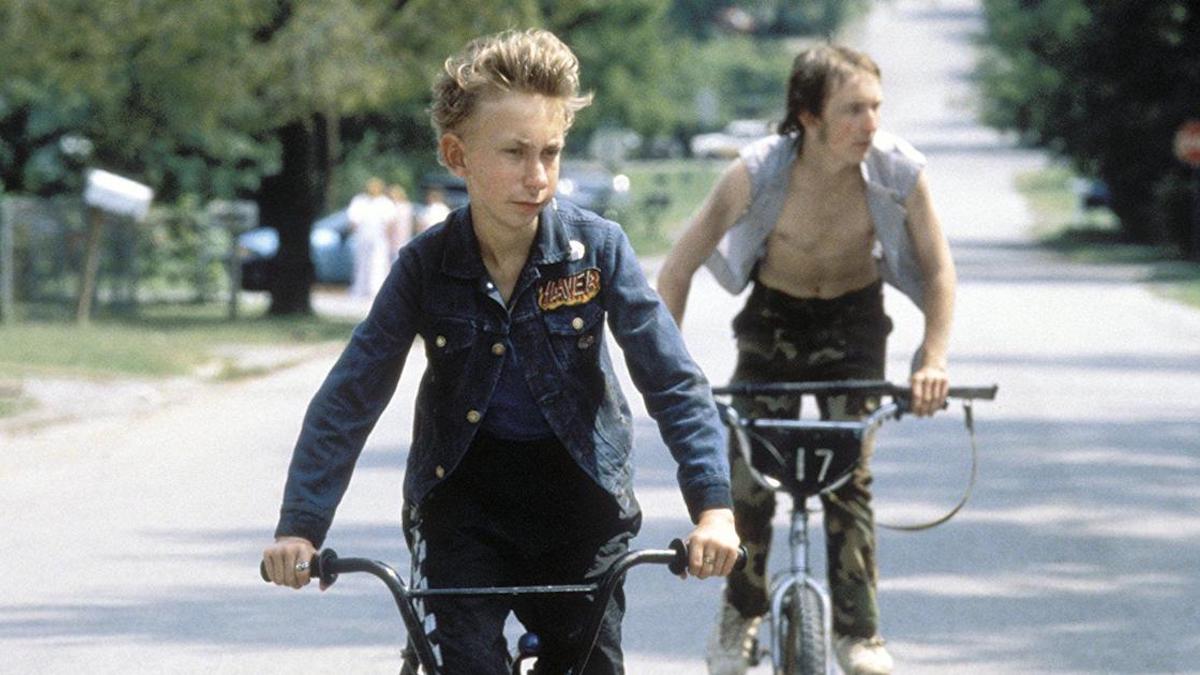 The soundtrack to Gummo is a strange thing to listen to. It’s doesn’t include all of the music from the film. It fits in certain songs at points of the movie to throw the viewer off as well as to possibly jar them awake from some of the more mundane and quiet parts of the film.

Not to say that the movie is boring; it has moments where the loud banging of electronic drums or lightning-fast guitar solos bust out at you while you’re watching the kids of Xenia, Ohio trying to keep themselves occupied in their destroyed and decaying suburbs. The few moments the music picks up in the movie though are usually moments of sudden rapid rebellious acts that the kids, who are obviously not in the best mindsets, perform.

The kids who are the main constants throughout the film are Solomon and Tummler, your typical small town greasy metalheads who find that blaming made up mental illness is a good enough reason to perform acts of random violence to the poor cats that roam Xenia. Their taste in music also gives them reasons to find the most dark inner feelings of the human soul and let those guide them throughout their everyday interactions between their friends and family.

The soundtrack comes off as a mixtape they put together, showing who they are as people living in the aftermath of a horrible natural disaster and what might be good background music for their various adventures. If they are riding bikes down the street, it’s Sleep’s “Dragonaut” strumming along with its heavy dreamy guitar playing beautifully while the kids hunt for their next four-footed victim. If they get a fresh kill and decide to massacre it we get Mystifier’s “Give The Human Devil His Due” pushing the violence against any unfortunate felines they get their hands on. And when they sniff glue while hanging out at a friend’s house, you can feel the small moment of satisfaction pressed across Solomon and Tummlers faces as the titular cello of Mischa Maisky’s “Suite No. 2 for Solo Cello in D Minor (Prelude)” plays out. It’s as if the characters themselves decided these songs complemented their day-to-day activities, with them staring into the lens from time to time as if to remind viewers that their lives can be just as brutal and unforgiving as the sound of their music choices.

But that’s not all the music does to make the movie chug along. As I said briefly before, it’s sometimes used to pick up the scenes that follow mostly dry but informative scenes. After brief chat sessions with other folks in Xenia, smash cuts are dramatically employed along with the brutal sounds to show just how fucked up (or, alternatively, tranquil) situations can be. “A Prayer”, for instance, is used for what I originally thought was one of the most unnerving scenes in the film yet it only plays for a short amount of time and is used to gain the attention of Solomon’s mother, who comes down the stairs only to turn it off just as I though it would be perfect for the following couple of seconds. It’s moments like this where Harmony Korine uses the music not only as a way to pull characters into the story but to also set up for the moments you think would be more noteworthy. That’s the great thing about the songs on the Gummo soundtrack as well as the ones just heard in the movie. They both complement each other as two halves of a whole experience. You do get a sense of the tracks exclusive to the soundtrack from the movie, but you also get a snapshot of what the characters would see as appropriate musical accompaniment for their lives.

For what it’s worth, Gummo‘s soundtrack is an interesting gem of indie nostalgia. The tracks heard onscreen show how even the most disjointed film can be brought together with the right music at the right time and with the right feeling. Gummo is a perfect mixtape soundtrack for those who were always interested in what might be playing at the houses of those leather jacket-wearing, black shirt-clad metalheads you saw sitting behind campus after school got out. 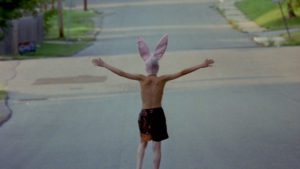