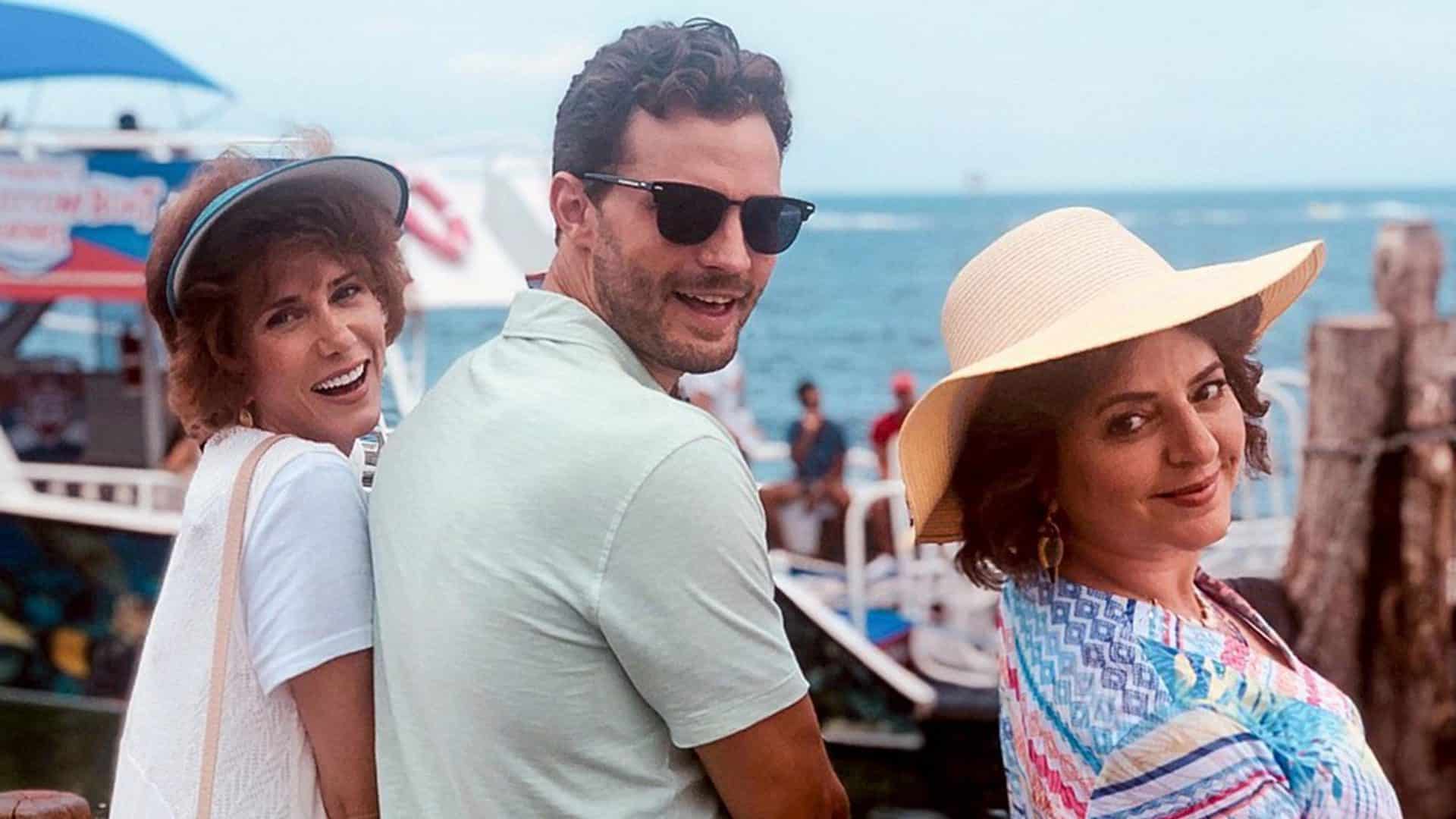 If you weren’t already Babs-pilled by the critical moment in Paul Thomas Anderson’s Licorice Pizza when her majesty, EGOT holder Barbra (fuh-ricken) Streisand, is featured in the film’s plot as a structuring absence, then here comes Annie Mumolo and Kristen Wiig’s delightfully weird Barb and Star Go to Vista Del Mar to push you over the edge. From jump, the film deploys the title track of Streisand’s Grammy winning LP collaboration with Sir Barry Gibbs, Guilty. A soaring opening sequence that manages to only improve upon itself from there.

In the track “Guilty,” Streisand and Gibbs sing about a strange world where it is a crime to be lonely or sad. This does not affect the deeply in love couple that’s singing because, as they croon in the chorus, they “have nothing to be guilty of.” The very same could be said of the title characters of Barb and Star Go to Vista Del Mar, who are easily among the least lonely, least sad people in the entire world… or at least in their hometown of Soft Rock, Nebraska – a place they’ve seemingly never left in their entire middle-aged lives.

Kristen Wiig pitched Barb and Star to its eventual director, documentarian Josh Greenbaum, over a lunch meeting that went longer than the film itself. Wiig pitched it as a cross between Romy and Michele’s High School Reunion and Airplane!, the former in its rumination on female friendship, and the latter in its relentless comedic pace. A breezy production wrapped in September 2019, but the film quickly became a casualty of the COVID-19 pandemic. A summer 2020 premiere was delayed and then swiftly canceled before Barb and Star would finally bite the bullet – like many films in the last few years – and debut on streaming only.

Make no mistake, reader, this was a comedy clearly designed for the theaters.

Wiig and Mumolo – close friends in real life as well – fully inhabit their roles, bringing an exuberance and a joie de vivre to American cinema that’s been missing. Barb and Star is confident without being self-serious, yielding it a distinct power that is intoxicating to watch. Coming from an improv background, Wiig and Mumolo are expert joke machines, leaving no dead air in their screwball deliveries. They have a cadence whereby every joke will be daisy-chained to three or four more in succession, making them easily missed if you aren’t paying attention. In this way, Barb and Star becomes quite fascinating to study in its temporal and spatial constructions, especially in its more outwardly bizarre gags that call all notions of reality into question.

The film’s aggressively shifting tone is destined to weed out the brave from the weak. Not since Wet Hot American Summer or Walk Hard has a mainstream comedy been this committed to preposterous whimsy, including the duo’s more naturalistic Bridesmaids. Here, the aim is abstract in design (like a tacky handmade trinket) but with charm (like a tacky handmade trinket). It’s a rambling peek into the unreal that feels all the more unpredictable given the film’s themes of discovery and the unknown.

Surrealism is the name of the game here, but the film is rarely hypnagogic. Director Josh Greenbaum explains in interviews that while scenes could be digressive, the film ultimately needed to feel grounded in a coherent reality for the jokes to work. Zaniness is not sustainable. Too much of it and the film begins to feel weightless. Remove it altogether, and Barb and Star begins to look like a miserable French melodrama set in a scenic location about best friends driven to lie to each other.

Despite prevailing auteurist-driven discourse that usually happens online, it’s important to distinguish a work like Barb and Star from the traditional modes of appraisal. This film production was not directed by Wiig or Mumolo, but they did hire one; Wiig and Mumolo did not edit the film, but they did advise in the room with one. It would be wrong to say that these other technicians contributed nothing of their own to this project, but it would be equally wrong to not contend with this unique comedic voice at the center that persists through all layers of production and propels the entire film.

Is this article about Barb and Star Go to Vista Del Mar the best place to address the fallacies of authorship and the death of the auteur theory? Well, why not? If it’s true somewhere, it must be true everywhere.

More than performers, Wiig and Mumolo wrote and produced the film after laboring for years to find a home for it. Even with the titanic success of Bridesmaids under their belt, no studio would greenlight this bewildering and elusive screenplay, until eventually it found a home with Will Ferrell’s Gloria Sanchez Productions. Once brought onboard, Greenbaum admits that no rewrites were needed for the script. The biggest obstacle was taming the elaborate tone of the piece and distilling what already existed into its most potent form.

What’s left is a spritely colored sand dollar of a film amidst a sea of cold and empty “content.” Vibrantly expressive, Barb and Star evokes and understands the overpowering resiliency of friendship, how the intimidation of a nonsensical world is rendered inert by the strength of our bonds with one another.

The guffaws we had watching this picture, dear reader, should be illegal.