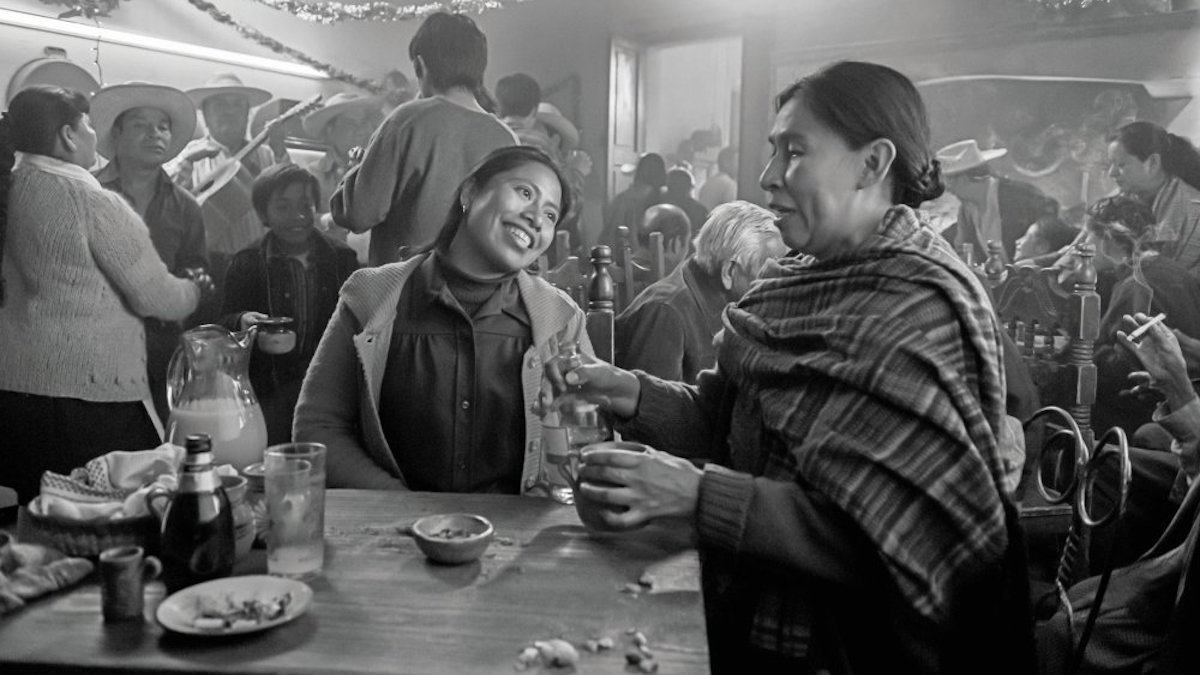 Mother’s Day was just yesterday but if you’re still looking for a belated gift for her, try one of these films! Maybe watch it with her some time? How come you never call?? 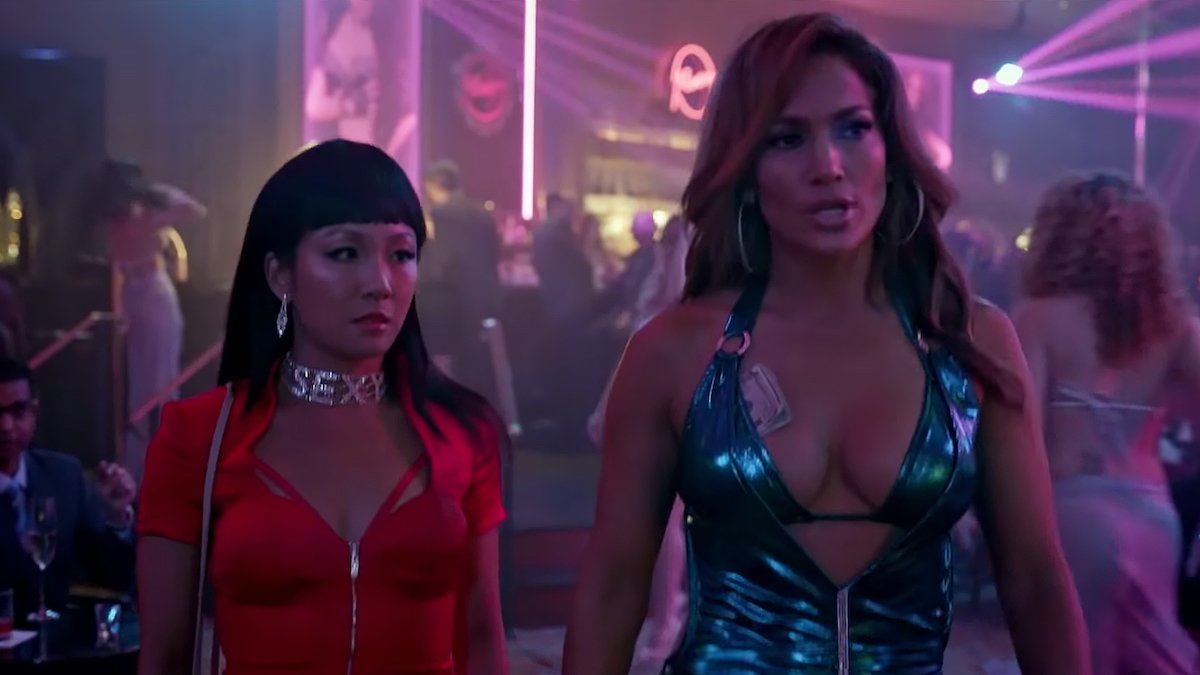 The layers of motherhood in Lorene Scafaria’s exhilarating Hustlers, unfolds with kinetic camerawork and luxuriously decorated set design fit for a KWEEN. Based on a true story written for a magazine, Scafaria’s film observes the Wall Street financial collapse from the vantage point of “Moves” Strip Club in New York pre-2008. Constance Wu plays Destiny, the green up-and-comer at the club while Jennifer Lopez plays Ramona, the resident veteran and sage elder of the ensemble.

The two share a palpable chemistry that is matched only by the film’s electrifying dance sequences. Other dancers at the club, not unlike Destiny and Ramona, are single mothers trying to support their children. Others have no children, but are supporting mothers and grandmothers of their own. Everyone just wants comfort for the people they love.

Scafaria’s screenplay was famously given to Martin Scorsese, then Adam McKay to direct. Perhaps the themes of capitalist corruption and organized crime seemed like a no-brainer for these two filmmakers, but the load-bearing relationships between these dynamic, female characters would surely have been minimized or otherwise unfulfilled. Both directors passed, opening up the path for Scafaria to direct herself and opening up a path for these characters to truly live. 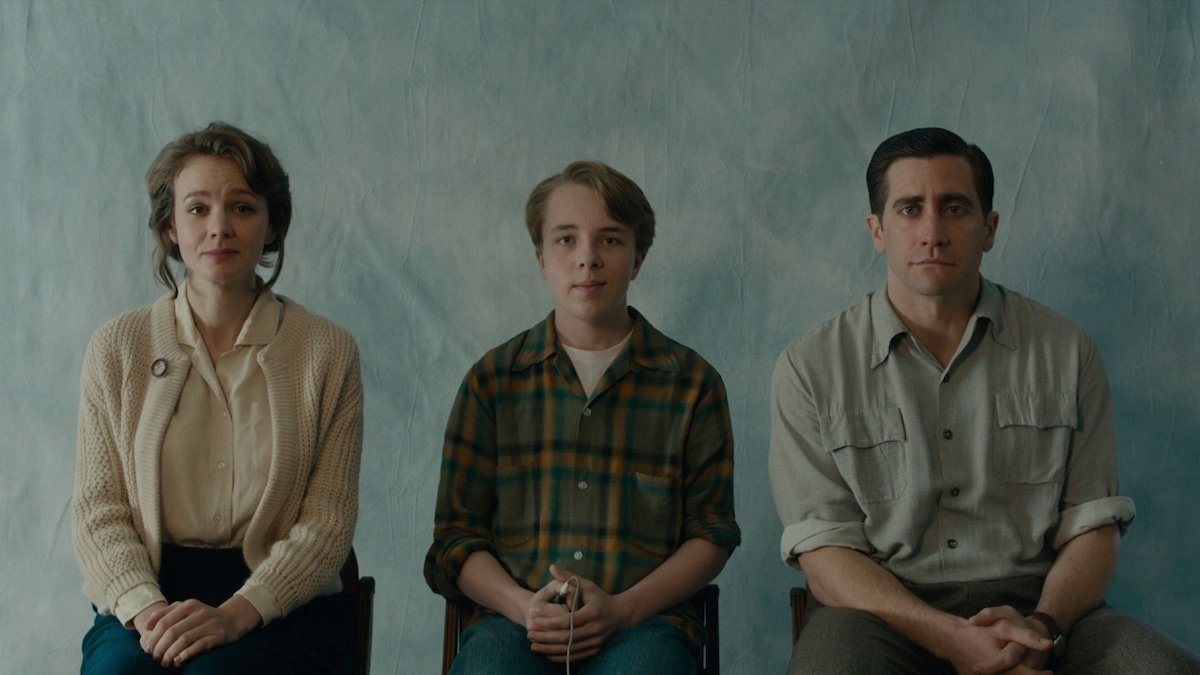 “You should always say nice things to women, especially your mother.” Perhaps your mom appreciates the finer things in life, like dinner parties, analog photography, or young indie darlings making their directorial debuts. If so, look no further than Paul Dano’s Wildlife.

Paul Dano, Hollywood’s favorite troubled young man, adapts Richard Ford’s novel for the screen in this period tale about family and ambition under fire in 1960s Montana. Carey Mulligan and Jake Gyllenhaal turn in wonderful performances as a strained married couple attempting to confront the end of their youth without losing sight of their future. And it doesn’t help that half of their small town is engulfed in a wildfire either.

A touching film that indicts as much as it expresses beauty. Your mom will be delighted to learn that the handsome, silent man from Little Miss Sunshine made it. 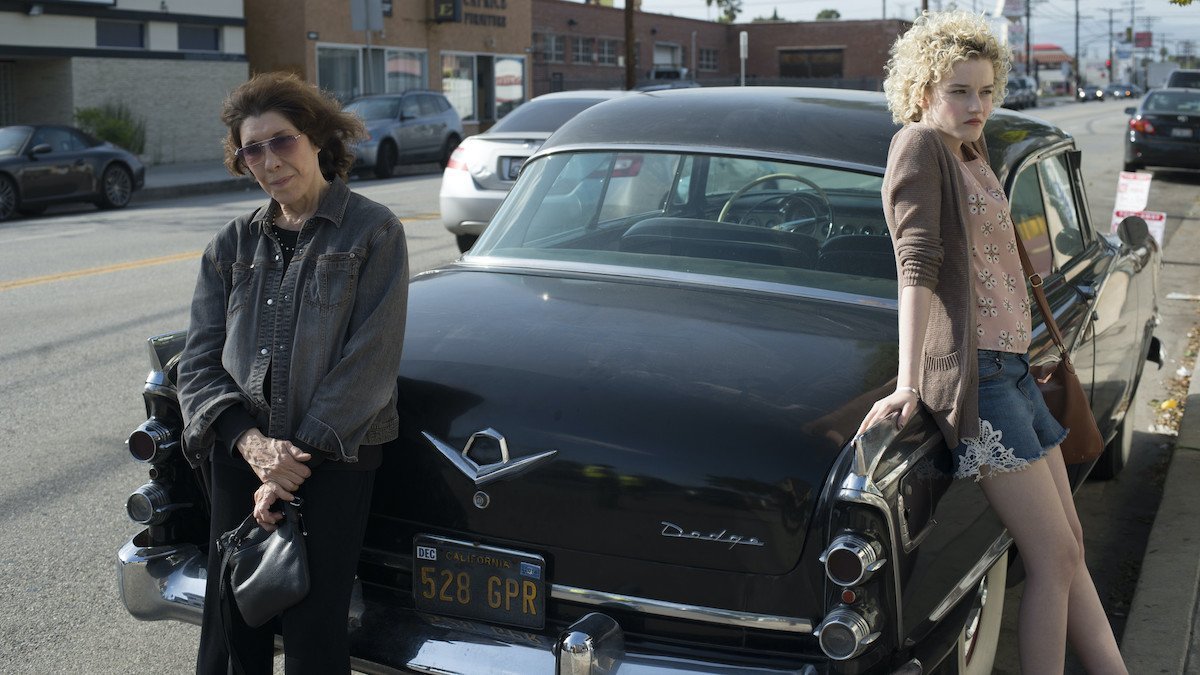 A story of generation gaps, familial hierarchies, and sarcasm, Paul Weitz’ Grandma keeps its plates spinning with fabulous comedic performances from the ever great Lily Tomlin as the titular grandma, Marcia Gay Harden (Mystic River) as her daughter, and recent Emmy winner Julia Garner (Ozark) as her granddaughter.

Garner’s character, Sage, wants an abortion. She’s got the appointment already in fact, the problem is she cannot afford it. This financial obstacle guides the film into a “road” movie structure, as Sage seeks out her estranged grandmother Elle (Tomlin) for help scrounging up the last few dollars.

Sage and Elle take on a world of bygone memories as they confront relationships from their past in search of a better future. 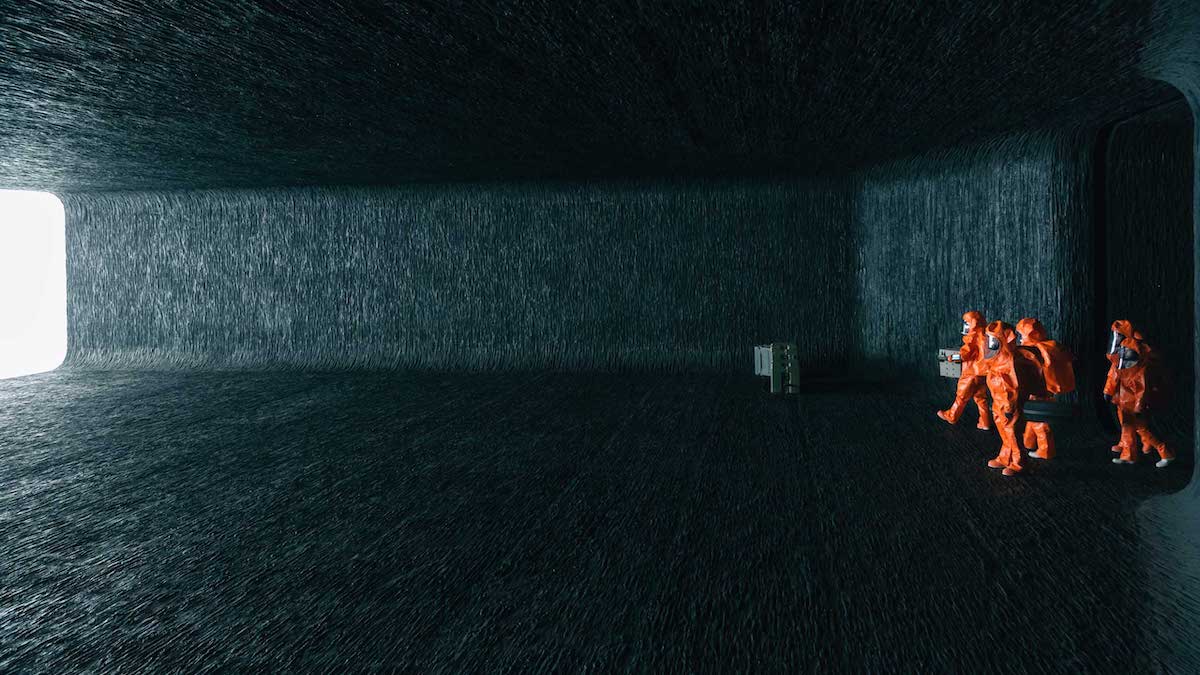 “Trust me, you can understand communication and still end up single.”

Maybe your mom is #TeamHawkeye. Maybe your mom just can’t stop talking about HBO’s excellent Sharp Objects series from 2018. Maybe your mom, like Amy Adams’ character in this film, is a Professor of Linguistics, or a Scientist, or a Researcher. If any of these apply, then your mom will love Denis Villenueve’s alien invasion, linguist drama, Arrival.

Adams plays Dr. Louise Banks, a successful educator in a bit of a rut…or something. After teaching for the day, we see Louise falling into cycles of watching TV, staring pensively out her lakeview window, and drinking wine till she passes out. That is, until they arrive.

Before he went on to make Blade Runner: 2049, an expressionist neon collage of urban and temporal landscapes, Villenueve released this comparatively minimal film – minimal not just in narrative scope, but of course in its images as well. Arrival is no lesser film mind you. In fact, its leaner build allows its audience to be more drawn into the world as it so resembles ours (except for the aliens). 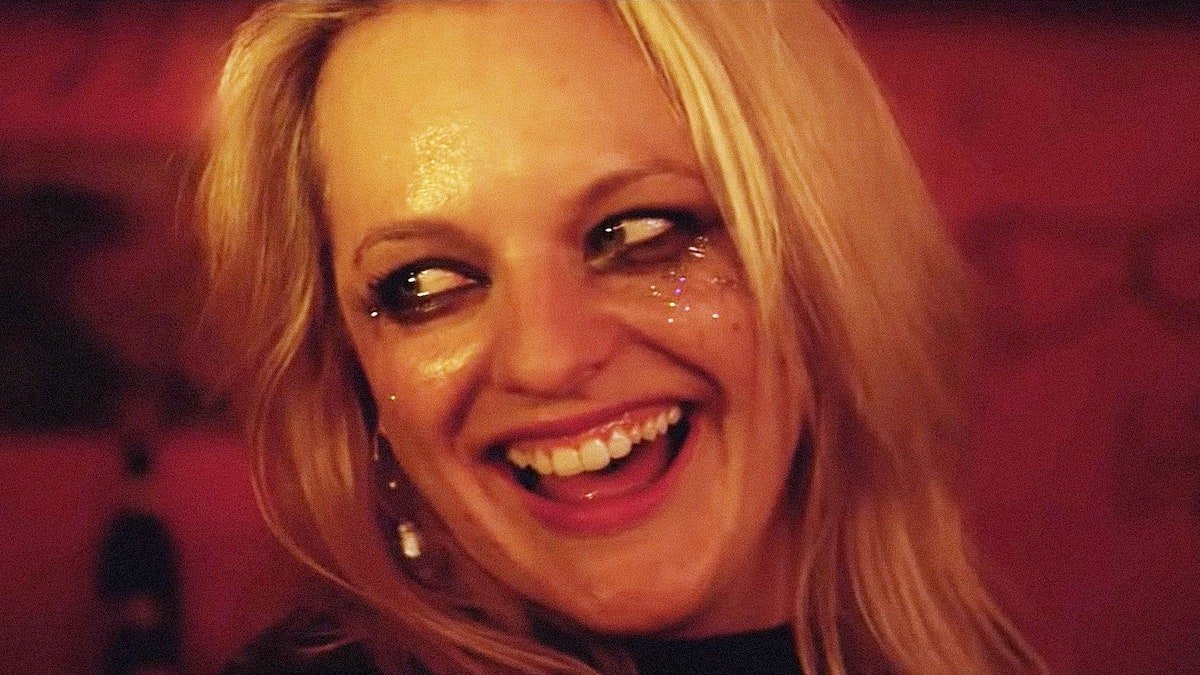 “Promise me mama, when I die, have the coffin arrive half an hour late and on the side written in gold letters: Sorry for the delay”

Does your mom dye her hair and have tattoos? Does she still have her ticket stub from that time she saw a show while she was pregnant with you? If your mom is a punk rocker at heart then she might like Alex Ross Perry’s Her Smell – react to that title how you will, but we’ll see who’s laughing by the end.

Elisabeth Moss plays Becky Something, the leader of Something She – a riot band just on the edge of breaking big, if only Becky could get her act together. The film plays in chapters that open or close on the edges of a musical performance, withholding the musical scenes until the final chapter fortissimo.

Director Perry is no stranger to the music scene himself, which is evident in the sticky, smoky atmosphere he is able to capture when Something She is in their green room waiting to perform, or in the tedium of recording a song in the studio. What is surprising here, is Perry’s gentle writing of Becky’s paternal relationship with her daughter. So elegant and simple. 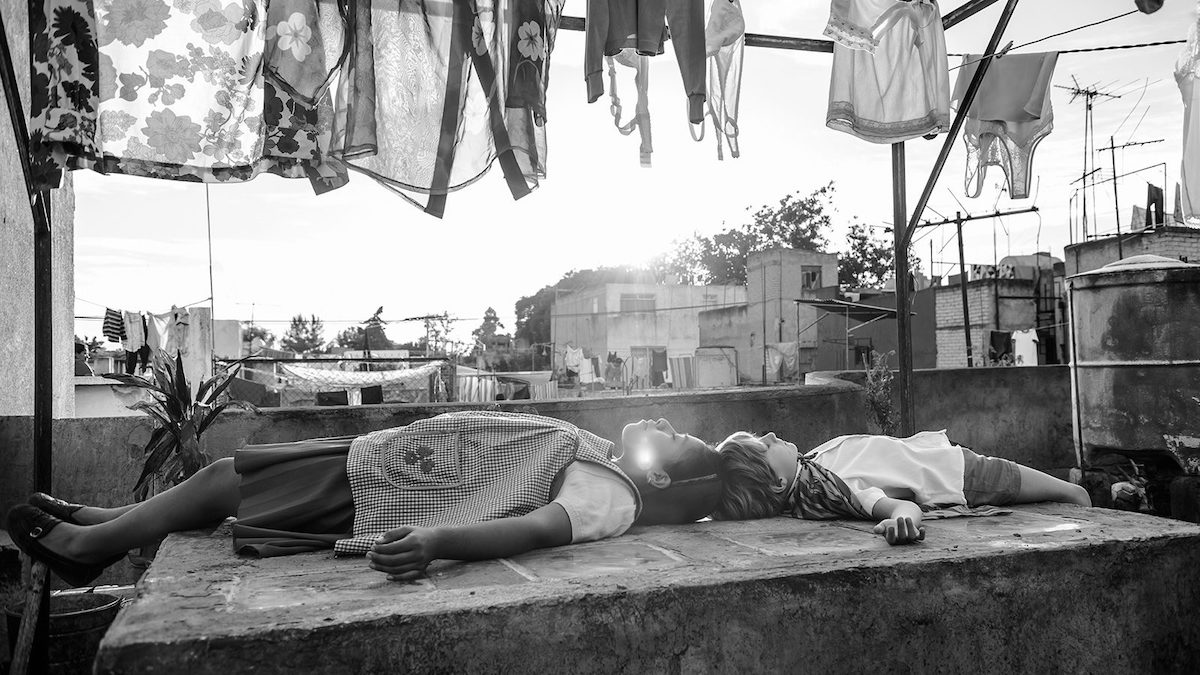 Para Libo, para la raza. Alfonso Cuaron’s neo-realist masterpiece Roma unfolds in images of astonishing beauty and somber tones – these two poles creating a spectrum of latine experience in 1970s Roma, Mexico. Based on the director’s own experiences growing up, Roma underscores the social and political intrigue of the period while also creating an imaginatively surreal and insulated world all its own.

As a director, Cuaron has always emphasized scenic texture almost as much as he emphasizes emotional texture, and nowhere is that as clear as in Roma: A story about Cleo, a mixtec housemaid who works for an upper-middle class, white family. The film is also photographed by Cuaron in richly graded black-and-white, lending each scene, each image, with a hue of memory.

Clay cups will shatter. Luchadores will levitate. The earth will quake. As in Paul Dano’s Wildlife, there will be a transformational fire that challenges our characters. These images pervade the Roma of Cuaron’s mind, and others still might speak to you and your mom. Keep tissues handy. 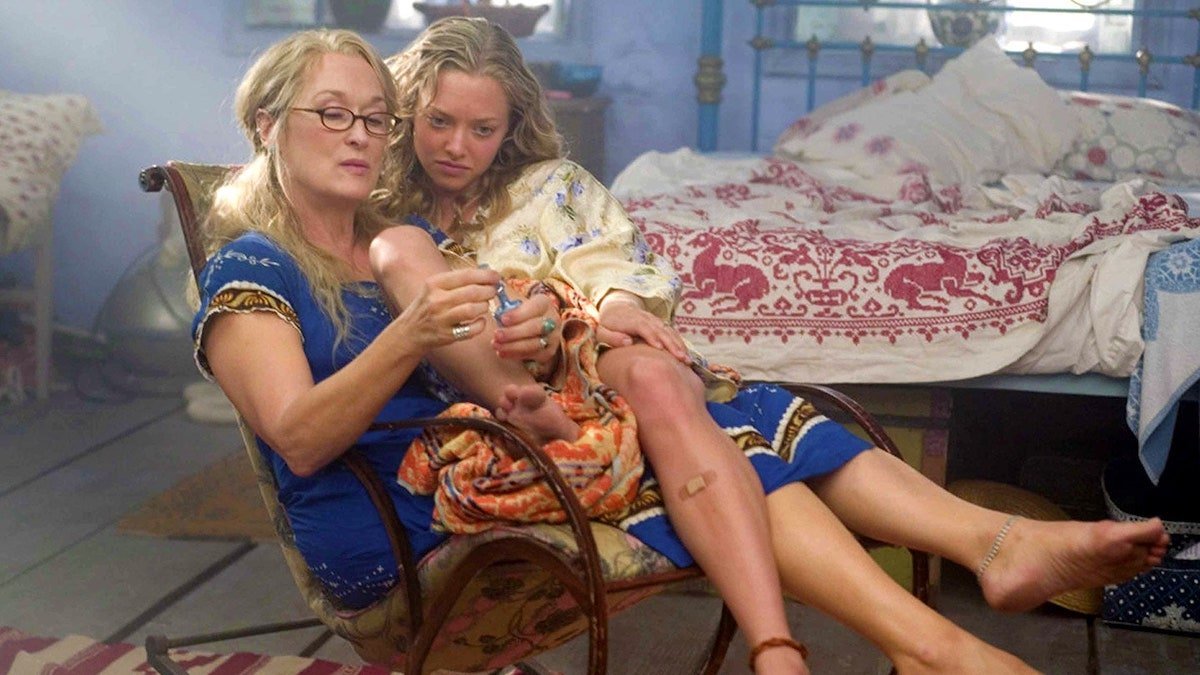 “Okay, now, the thing about the toilet… If it doesn’t flush right away, just go, and come back in a while, and it should… Nothing works around here, except for me.”

Phyllida Lloyd’s screen adaptation of Catherine Johnson’s stage play of the same name, Mamma Mia! hardly needs introduction. The film earned $27 million at the box office during its opening weekend, being 2nd only to Christopher Nolan’s The Dark Knight. For almost 10 years after its release, Mamma Mia! was the highest grossing film directed by a woman until 2017 with the release of Patty Jenkins’ Wonder Woman.

It is also that movie with the ABBA songs! What’s not to love? Best enjoyed loud, and with a cocktail. 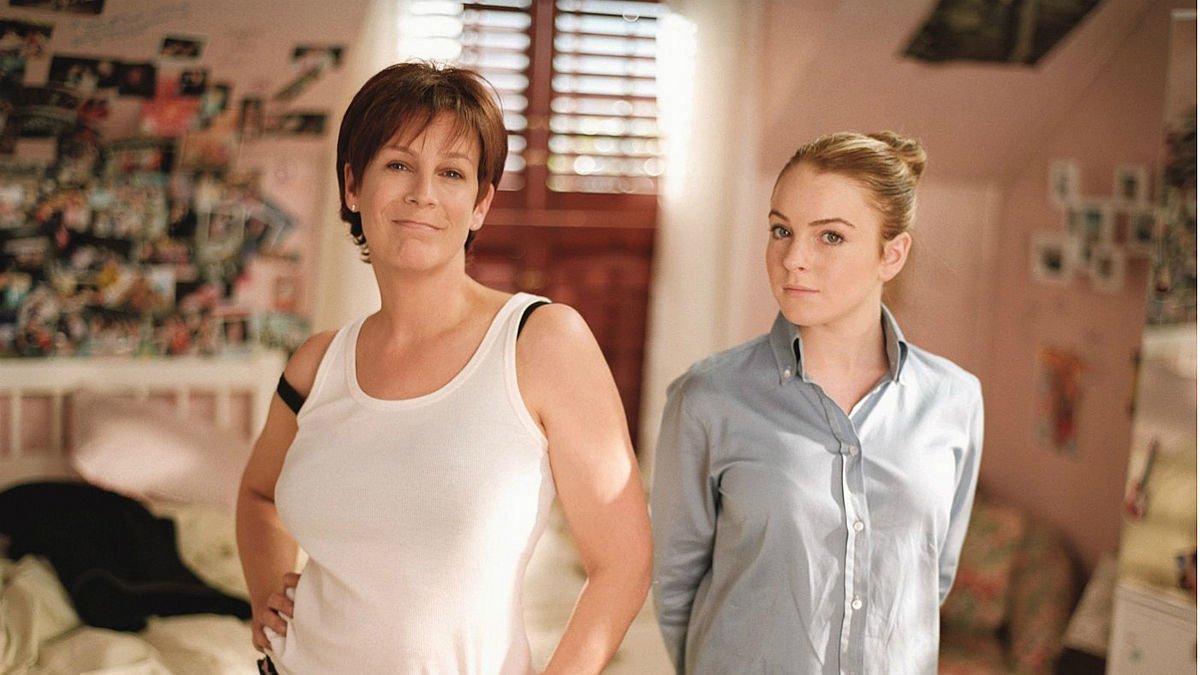 “Hamlet. He’s, uh… he’s one of the big characters. I mean, he’s Hamlet. He’s just… bopping around… doesn’t know which way’s up. I don’t think the guy’s got a clue.”

And now we got something for the Disney heads out there. Mark Waters’ Freaky Friday adaptation, starring Lindsay Lohan and Jamie Lee Curtis as a mother and daughter that swap bodies, turns 18 this year. Which means its old enough to date Jake, and you can’t do anything about it!

This high concept, sitcom like premise is the perfect synthesis of pulp and character that will make an enjoyable watch for all ages. That it’s a remake of a film from 1975 only underscores the timelessness of the story.

Nearly twenty years on, the story has been adapted again, this time in the form of a horror film (Christopher Landon’s, Freaky). The simple notion of walking a mile in someone else’s shoes is ripe with cinematic possibilities. So we may as well get used to these remakes. Next up, “Freaky Alien”, starring Sandra Bullock as an astronaut who switches bodies with a Martian. 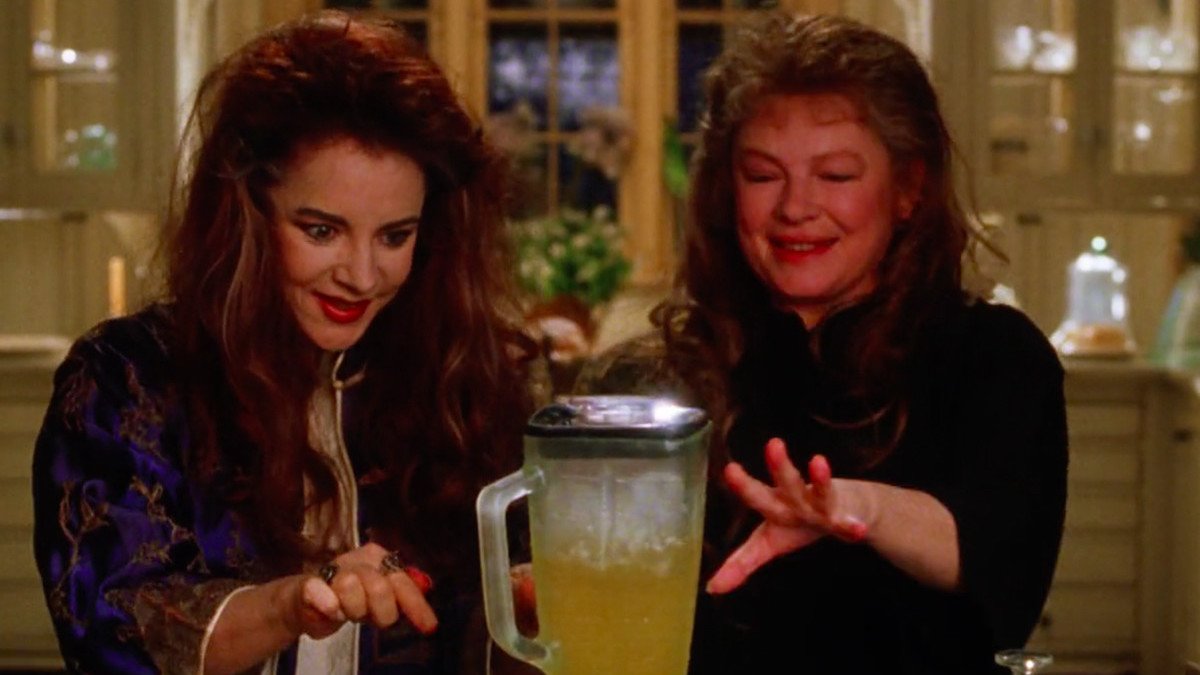 “So you’re drugging your boyfriend to get a little shut-eye? Doesn’t that seem a little strange to you?”

There’s no problem that cannot be solved with a midnight margarita. Except maybe a generational curse from beyond the grave. Griffin Dunne’s witchy rom-com Practical Magic features Sandra Bullock and Nicole Kidman as sisters with a magical upbringing.

They live in a charming cottage with their aunts and spend their days trying to fit in to their Massachusetts community without falling in love with the local residents.

Airy and playful, this film will tug at heartstrings of forbidden love, acceptance, and sisterhood. 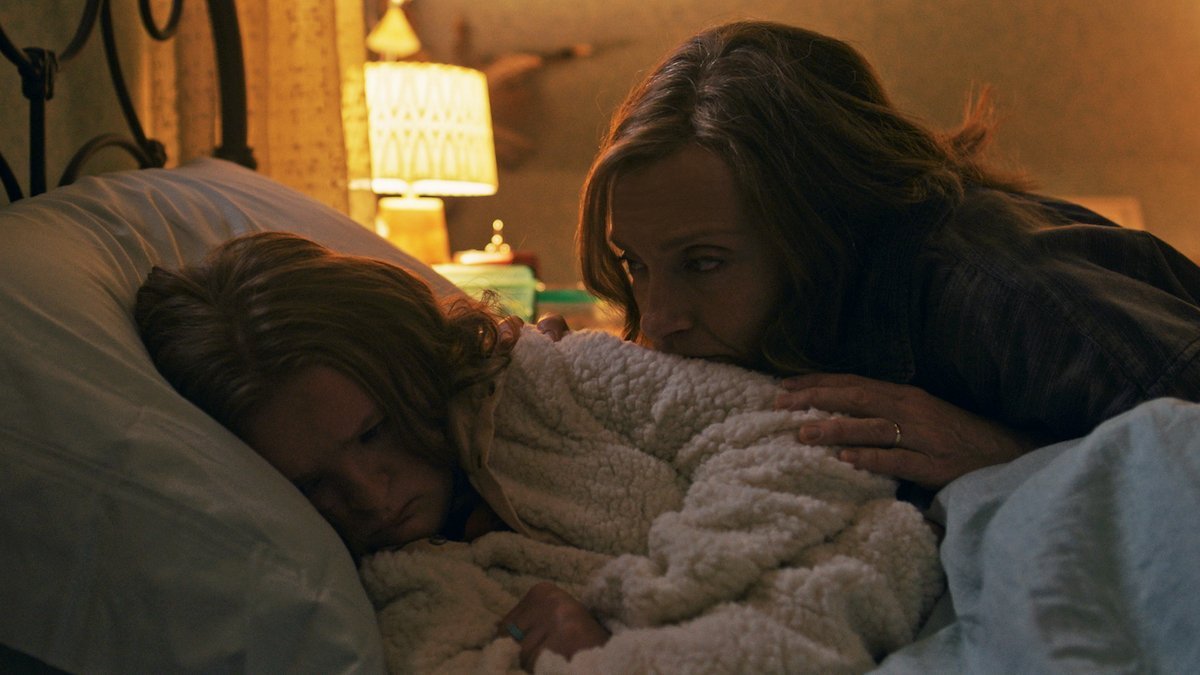 “I am your mother! You understand? All I do is worry and slave and defend you, and all I get back is that fucking face on your face! So full of disdain and resentment and always so annoyed!”

This is the Frida Blog, so you know we got to have a horror movie on this list.

With pandemic time compressing our sense of memory, it may come as a shock to learn that Hereditary turns 3 years old next month. Oh how time turns.

The horror debut that announced a new generation of genre filmmakers, Ari Aster’s Hereditary is memorable for its variations on occult and demonic imagery. Like other films on this list, it is also a family drama. One that interrogates the true horror of resentment between parents and children.

If your mom can stomach horror and she still hasn’t seen Hereditary, then there’s no better time than the present.