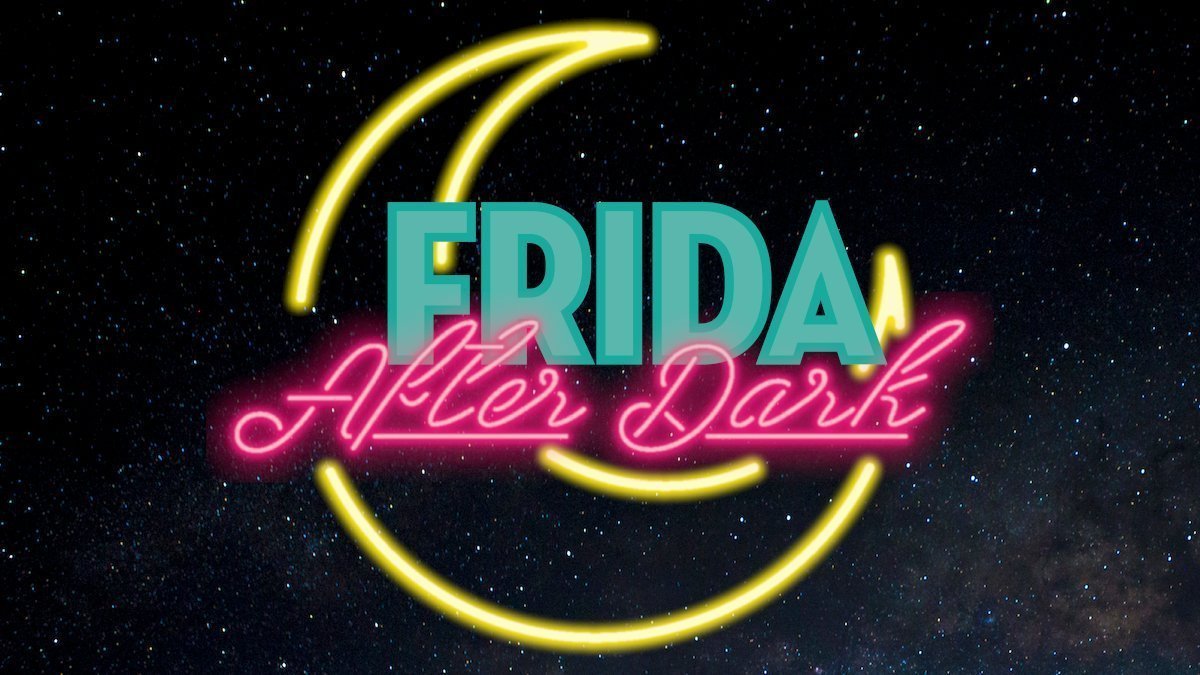 Get ready to go off the rails with the cult 1980’s horror anthology Night Train to Terror.

A group of teenagers pass the time on a train partying and dancing, unaware that the vehicle is destined to crash at dawn. Meanwhile, God and Satan contemplate three stories of human nature and bicker between themselves as to who will take the teens’ souls. Who will prevail when dawn comes around and the music stops?

Bloody and outlandish, Night Train to Terror is a low-budget film that could only have been made in the 80’s. Possessing a certain arresting absurdity, it’s little wonder that some have compared it to Plan 9 from Outer Space.

Montag the Magnificent is a reluctant magician whose grisly stage mutilations become real just hours after the audience leaves the theater. As the mesmerist’s illusions become bloody reality, spellbound audience member Sherry (Judy Cler) gets him on her daytime TV show, Housewives’ Coffee Break. When Montag agrees, he stares into the camera and hypnotizes the viewing audience, planning to immolate them…

One of Lewis’ most thematically audacious works, The Wizard of Gore makes extensive use of the director’s love of illusion to weave a uniquely disturbing tale.

Head on down to see our costumed cast bring Rocky Horror to life before your eyes! Sing and dance along to the journey of Brad and Janet, two virginal small-town lovers whose car breaks down in the shadows of a creepy old castle, home to faithful handyman Riff Raff, his sister Magenta, and of course, the maniacal Dr. Frank-N-Furter!

Bust out those plastic spoons! Frida After Dark is bringing back Tommy Wiseau’s The Room on Saturday, October 12th at 10pm!

Wiseau’s peerless magnum opus finds the auteur who shaped a generation taking on the arts of acting, writing, directing, and more. What’s even more remarkable: he’s mastered them all. The multi-talented director stars as Johnny, a big-time banker working in gorgeously shot San Francisco. His fiancée Lisa, seemingly a happy part of a successful relationship, has wandering eyes… for Tommy’s best friend Mark. Cinema has never witnessed such betrayal! On top of that, their friends and family members have close calls with everything from drug dealers to cancer, building up to an unexpected conclusion that will shock audiences to their core!

Commonly referred to as “Suspiria Down Under”, Tony Williams’ Next of Kin is an unsung gem of Australian horror cinema.

The film follows Linda Stevens (Jackie Kerin), a young woman returning to her hometown twenty years after her mother’s death. Bequeathed her rural childhood estate, Linda finds it was converted to a nursing home for the elderly before her mother passed. When going through old diaries, Linda discovers a mysterious string of deaths within the residence as well as an eerie sensation of being watched from the shadows.

Equal parts giallo, haunted house tale, and murder-mystery, Williams crafts an Ozploitation flick that is somehow both derivative and ahead of its time.

Yoshimi Matsubara (Hitomi Kuroki) is forced to move out of her home and rent a rundown apartment for herself and her young daughter, Ikuko (Rio Kanno), after her marriage ends in a contentious divorce. Soon after moving into the unit, the two notice a leak in the ceiling that seems to be growing larger day by day. As Yoshimi wrestles with frightening visions and memories of her traumatic childhood, she begins to unravel the mystery of their apartment.

A worthy follow-up to Nakata’s Ringu (The Ring), the film adds eerie, psychological elements to a story that’s a family drama at heart.