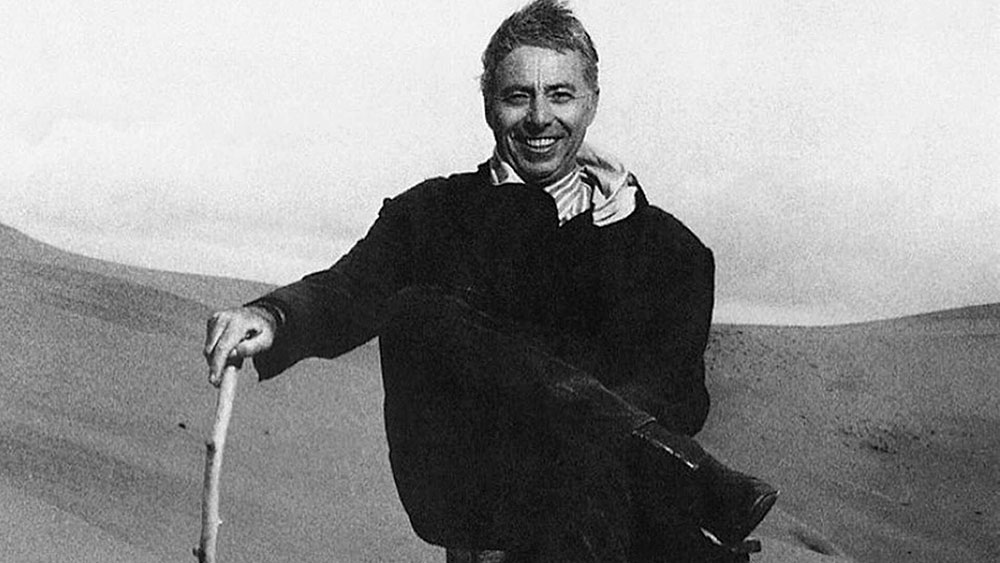 “The word ‘ambient’ doesn’t ring a bell with me. It’s meant to mean something, but is, in fact, meaningless. It’s not relevant for me. My style is the only thing I can do well. I don’t think about genres. I don’t think about labels, they don’t have meanings.” – Harold Budd
There is an endless, gaping void that has been created in the world of music with the passing of Harold Budd. At age 84, the output of Budd’s gorgeous, otherworldly ambient music feels enough to last far beyond those years, even if he rejected the label of “ambient”, among any other genre. Having spent five decades creating unforgettable sounds with the likes of Brian Eno and the Cocteau Twins, Budd also took that time to establish his own style of melody that couldn’t possibly be imitated. Music that somehow exists without age; often as haunting as it is haunted. His final project was an LP he created with Robin Guthrie of the Cocteau Twins named Another Flower. He passed four days later. His age would indicate that the reason could’ve been anything, but tragically he was revealed to have contracted COVID-19 after a stroke he had a few days prior, and succumbed to its complications. It didn’t take long for me to realize just how much longer he could’ve kept going, and how the lives lost this year can only leave me with a further feeling of defeat. But his death hit the hardest. There was no other artist whose work I delved into more since the beginning of quarantine, and the fact that we will only be getting past this period without him is a horrid thing to consider. To me, Budd’s music transcends itself into something akin to an escape. If his records were entire worlds, each track was just a glimpse into each individual abstraction the world contained. The kind of abstractions that are just as formless as his compositions. Since his 1978 debut The Pavilion of Dreams, his work has made it incredibly easy to allow anyone to see the world differently under its influence. It is music rooted in stillness, and with me I have brought two of his film scores that each provide a glimpse into how that stillness bleeds into both stories. It’s here where I hope more can provide themselves the peace they may have struggled to find in a year as tumultuous as this one. It’s only one out of a multitude of feelings his work can provide you with.

The results of Budd collaborating with a member of the Cocteau Twins are probably as dreamy as you would expect, but it merely accentuates the tone that Gregg Araki sets in his 2004 drama Mysterious Skin. A tale of two young men whose paths are further bound together by one tragic memory, in two different recollections, Araki utilizes the craft he’s been honing through his 90’s queer dramas into what I think is him at his best. His work tends to include a soundtrack that helps bring out his distinctive energy; including alternative/shoegaze bands that lend an inherent dreaminess. And while Mysterious Skin has its fair share of those (with so many Slowdive songs that a character is named after one of them), its closing out under ‘Samskeyti’, the gorgeous third track from Sigur Ros’ 2002 untitled record may be Araki’s best musical moment. But throughout the entire film is an original score by Budd and Guthrie that helps in contrasting the harrowing story with an airy tranquility. Reverberated guitars and droning ambient synths ring throughout the individual stories of Neil and Bryan – played by Joseph- Gordon Levitt and Brady Corbet at their very best, and the closer their stories intersect, the more that the music becomes a comfort to fall back into. Like the feeling upon waking when you realize the nightmare you had was only that. The way Araki refuses to pull punches in his climax, as it builds to a horrific realization, is made far more effective with the tenderness that Budd and Guthrie’s score gives prior to it. In a way, the score parallels the final moments, in which the two hold each other closely in the wake of understanding a trauma so deeply ingrained, that all they wish to do is escape. And the music does nothing but allow it.

Budd’s film scores seemed to have operated best with melodrama, and who else to muster up the best of that genre than Derek Cianfrance? His bleak-as-it-gets HBO miniseries I Know This Much is True (just let me count this as a six-hour film, for my own sake) at first seemed like it was to start airing at an equally-bleak time; in the midst of a global pandemic, among other slight inconveniences. But like Mysterious Skin, the score by Budd – a mix of archived tracks and new music made for the film, alleviate the pain endured by our protagonists – in this case two twin brothers both played by Mark Ruffalo, also very likely his best performance(s). From flanged drones to minor-key strings, the score is a work that hits a sweet (and sour?) spot between melancholy and soothing, at times highlighting the unexpectedly time-spanning scope that Cianfrance draws from the original novel by Wally Lamb. For every extreme close-up and traumatic moment, it’s all the more felt by the intimacy and gentleness that Budd provides. And by the time the film has gradually bloomed into a melodramatic epic of sorts, you can only be taken aback by the catharsis that comes near the end. It’s a project so relentless in its depiction of abuse, mental illness, and generational pain, yet what prevents it from becoming what is now popularly coined as ‘misery porn’ is a gorgeously tangible atmosphere, brought just as much by Jody Lee Lipes’ 35mm photography as it is with Budd’s music. The release near the end of the film hits so strongly that it helps cement its initial airing as rather the best time it could’ve aired. For as easy as it may be to feel an onslaught of uncertainty and hurt during this period, nothing continues to be permanent. Eventually, all recedes to make way for a clearness. A way out of the dark.
Harold Budd built a career out of friendship. Since first working with Brian Eno on his second ambient record The Plateaux of Mirror, Budd kept his future collaborators to a tight-knit group. The kind of closeness that can be heard in any of his work. In Budd’s music is an intimacy that should’ve called for a far bigger output of work within film or other visual mediums, and it kills me to know that it would’ve been cut short regardless of what could’ve been. The only notion I can consider as redeeming here is the fact that Budd only continued to create, no matter how often he considered retiring. Budd’s life and career is marked by that everlasting urge to do all you know how to do, until you no longer can. For now, I’m motivated to find warmth in the music I’ve still yet to hear from him, and to remind myself that pain does nothing but minimize with time, until we at least know how to control it. For a moment, we are allowed to breathe, and we are all capable of stillness.