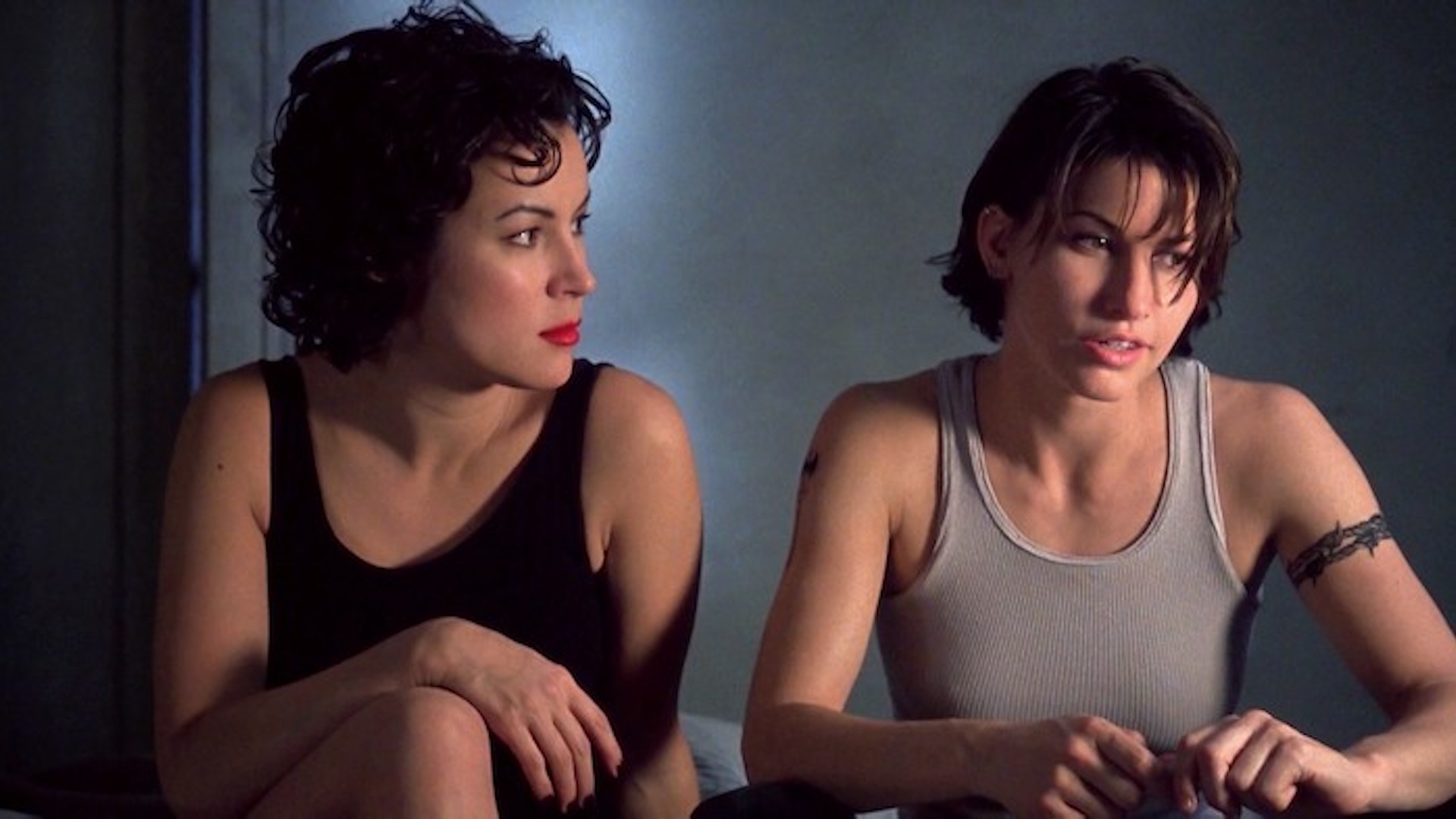 Who would have thought that two nerdy sisters who got their start writing spooky comics would make some of the most batshit crazy sci-fi melodramas that revolutionized cinema? If it wasn’t for the Wachowskis, we probably wouldn’t have some of the more experimental ideas that hit Jurassic World, Oblivion, or even episodes of Black Mirror. But we aren’t talking about their works that changed the movie world as we know it. We are talking about their wild first movie. A neo-noir thriller soaked in assumed sexual tension, this film proved to be an empowering one for the LGBTQ+ community and brought some major kudos from folks who thought the studios were butcher it in the editing room.

That movie is called Bound. One of those out-of-left-field moves that doesn’t come very often from first time directors and producers, much less ones who got their start adapting intellectual property from the master of macabre horror, Clive Barker, as comics. The Wachowskis were barely getting their feet wet when they took on this project and its story of star-crossed lovers who are looked down upon by the world around them, not just because they’re women but because one is a con and the other is presumed to be weak and unable to take care of herself. This premise that caught my attention and got me wanting to watch the movie. I can’t even say some of the first films from my other favorite directors are on my must-see films list. Even talking to fellow Frida volunteer Grant, who told me his story of working at Hollywood Video when Bound came out on DVD for the first time, made me feel like the movie hounds of the ’90s eating up the hype train that Bound was riding. It takes a lot of heart to get a movie like Bound out and in the hands of those who wanted to see it. The Wachowskis were very much ready to get that kind of control over their work and make a movie they knew folks wanted to see as much as they wanted to make.

Looking into on Bound left me impressed with how determined the Wachowskis were to make a realistic depiction of a lesbian couple trying to figure out how to not hide their feelings and get out of the boxes that society put them into. It gives me peace of mind, knowing that those themes are explored through the lens of the sisters’ love for genre films created by the likes of Billy Wilder and Samuel Fuller. Being a fan of Fuller and reading about Bound makes me even more interested in it, partly owing to the trailer’s use of scenes falling into those heavy shadows and sharp and direct dialogue that keeps viewers on their toes, wondering who is really stirring the movie to its climax.

After reading up on it, I’m actually really surprised I haven’t seen Bound by now.  Jennifer Tilly has been one of my favorite actors for the longest time, along with her sister, Meg Tilly. They both play the part of  people with more than meets the eye underneath the social masks they wear amongst others. Bound takes advantage of Jennifer’s work as the stereotypical minx that can secretly cut you out of the picture with a snap of her finger, a trait that the film does a good job of playing off of. As for Gina Gershon, she seems to have gotten her second and third wind as an actress thanks to this movie and Showgirls, which she did right before Bound. Indeed, Showgirls got me thinking about how Gina was able to tackle each role, both of which are so heavily soaked in sex that they got me wondering how she could take the cheese from Showgirls’ almost terrible, proto-Lynchian script and then go into a movie that took the complete opposite tack. If anything, the sex in Bound had to be done right and carefully choreographed so that it could set the record straight about how lesbian relationships work and turn stereotypes around to debunk misconceptions of said relationships as a one-and-done experimental phase.

All in all, I hope when I watch Bound that I can feel the joy that comes with being yourself. 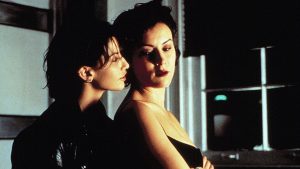