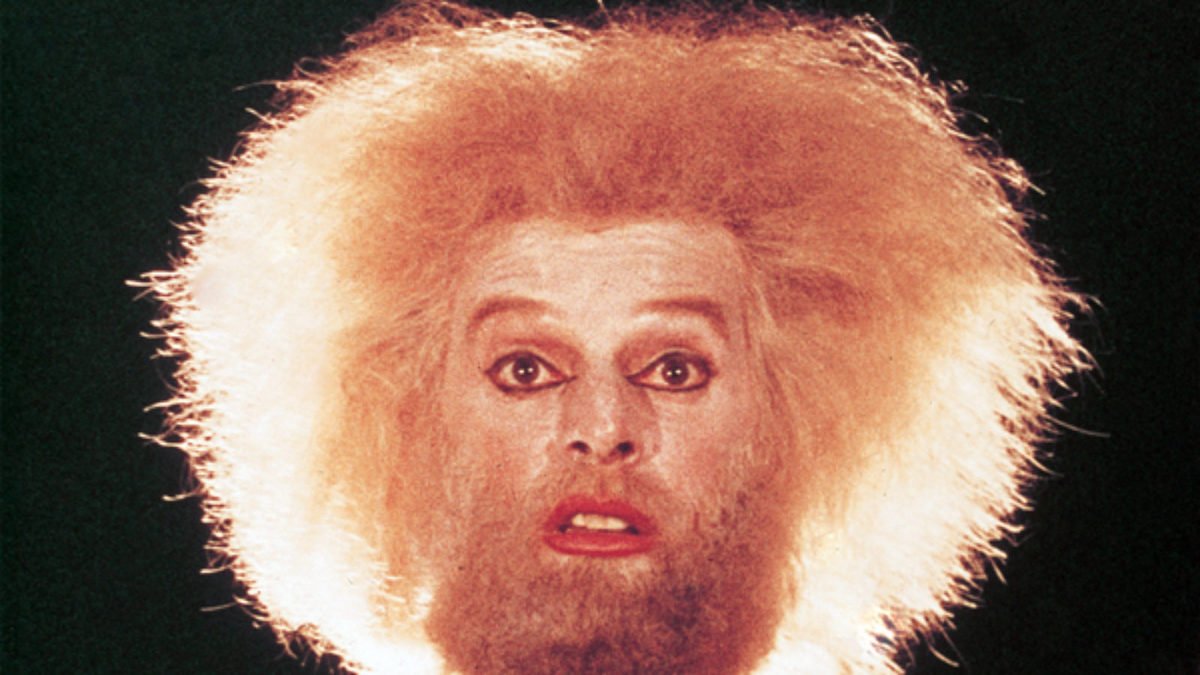 From the little I’ve seen, it’s hard to make sense of The Holy Mountain and El Topo. But, judging by the passionate love fans have for these strange films and their bizarre imagery, it’s obvious that they succeed in stirring strong feelings. These two films tend to be the go-to for anyone wishing to experience an Alejandro Jodorowsky mind f***. I guess that’s what I’m going to experience when I do see them but I suspect that most of what I’ve seen barely scratches the surface of what I’m in store for.

Starting off with El Topo, it comes off as one of the weirdest – if not the weirdest –  Westerns, running around like a chicken without its head and unsure of how exactly it wants to play out. The image that particularly sticks with me is the naked child walking beside the horse with our hero El Topo riding out into an endless desert. It’s this kind of “What the hell?” imagery that gets my mind racing and makes me wonder why I’m interested in seeing a film that bears little resemblance to the typical Western, a genre that happens to be one of my favorites. Well, it’s just that kind of juxtaposition of something taboo mixed with something partially mainstream and conventional that draws me towards El Topo. The more I dived into its production and history, the more I realized how groundbreaking the movie was with its almost incoherent storyline and its use of the Spaghetti Western tropes that give El Topo that special Jodorowsky kick. Describing the experience that the movie is supposed to create doesn’t do it justice either. With its tosses and turns that I’ve read about and Jodorowsky’s decision to approach the film from an artistic standpoint instead of what he dubs the industrialized moviemaking method behind most modern big budget films, El Topo is sure to be a worthwhile venture as well. El Topo doesn’t shy away from taking on norms and turning them on their heads in order to get people thinking about what it means to destroy your idols or become an idol yourself. It’s shit like that that gets me going, “Yes! Let me see this!”

The Holy Mountain also seems to tackle religious beliefs, what with its images of naked folks gathered around fires and men in black cloaks taking advantage of folks trying to find happiness amongst the sad ruins of modern society. But how can one determine the weight of a movie’s visual storytelling and metaphors without trying to decipher the posters and DVD boxes that advertise Holy Mountain. The avant-garde atmosphere that the movie evokes should be worthy enough of gaining my attention but, even when I take into account how unconventional Jodorowsky is with his filmmaking, The Holy Mountain sounds like a more daunting task as a cinephile. With El Topo being the more palatable of the two films by comparison, I feel The Holy Mountain is the one more likely to be in tune with the counterculture midnight movie crowd. Watching a movie about false prophets and alchemy is something I would prefer to get to plastered to on a Friday night over a religious cowboy hero’s journey, but to each their own. The more I think about it though, The Holy Mountain feels like a savage drug trip through the eyes of a delusional religious zealot who – believing that they have become the Holy Trinity – claims that Christ has already been reborn on Earth but decided to take a break from his sacred duties. I hope this film brings me to a point in my movie-watching odyssey where horror and other, more intense genres won’t phase me like they used to. Perhaps I’ll crave even more to fill in the void that The Holy Mountain leaves after watching it.

When I do sit down to watch these films at the Frida though, I hope to gain a better understanding of what a true auteur is: that is, someone who has completely manufactured and built up their movie all on their own. Jodorowsky is the perfect director to start down the road of avant-garde cinema. His way of promoting his films through publicity stunts (though prone to getting out of hand unfortunately) is just amazing, to say nothing of his developing his own ideas about spiritual healing and understanding the world around you. It’s almost like you have as profound an experience watching the film as he did while making it. It’s not very often that a viewer and a director can share those kinds of experiences together through film. 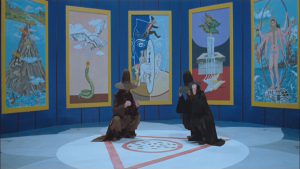