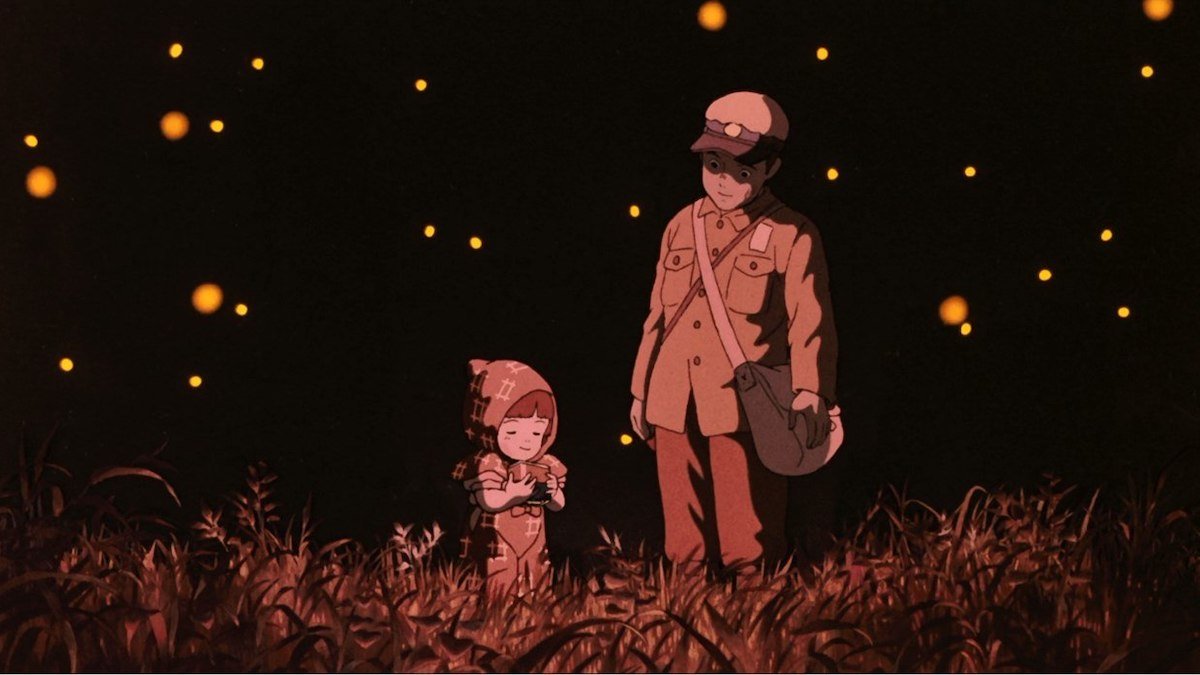 Sadness and folklore can go hand in hand, depending on where you look. It doesn’t seem too far-fetched to notice how sadness can lead one to write a story based on a tragedy so catastrophic that some may not be able to get through the heartbreaking moments that come with watching a film like Grave of the Fireflies. But on the other hand, others may find digging through the folklore of their heritage cumbersome as well, due to how others might view it as either silly or provocative due to taboo elements. It also doesn’t help that chain stores may sell cute little statues that downplay some of these elements in order to make a quick buck from folks who saw Pom Poko. As for me, when it comes to these two films, it’s been more of a case of not making time for them.

I should dig deeper into Grave of the Fireflies first, though, since it depicts a moment in time when we Americans believed it was completely just to bomb a small island to show how powerful of a force we were when it came to taking over other countries or flexing our military muscles. Yes, the bombing of Pearl Harbor happened but per the norm we Americans didn’t think about anyone but ourselves. We focused on “an eye for an eye,” like we always do in war, and decided that it was our right to fire back. It didn’t end well for either country, in this case. Nothing gained from bombing Pearl Harbor, and nothing gained from bombing Hiroshima. Just unnecessary ego boosts for men who want to control the world. At the end of it all, though, it needed to be shown through art how devastating these bombings were, and we as Americans—though I’m sure we showed how dangerous the bombs themselves were, in hindsight, with movies like Fat Man and Little Boy (dir. Roland Joffé, 1989)—didn’t capture what ultimately was the more deadly side of war.

That’s what I see Grave of the Fireflies has behind it. Despite not having seen it, I can sense from the many images and video essays I’ve watched about it that the film captures what many of us blind ourselves to, when it comes to war. We try not to think about the impact it has on those who are young and impressionable to the world around them. Children see violence, feel it, and at times embody it. Though, from what I gather from everything I’ve read on Grave of the Fireflies, it seems that even imagining how these children – who died at the hands of war – can feel just as lost in death, wandering aimlessly and wondering why their lives were cut short, and leave an impact on the energies in the world. I imagine visiting Hiroshima can feel unearthly and almost like a graveyard that needs to be torn down, but it’s a grim reminder that war is not pretty. Grave of the Fireflies gives us more of a visual of the devastation war has caused. You’d think by now, though, we would learn with all the media that has followed the bombings, but some will see the film as a cute but sad movie while others may see it as the haunting reminder it’s meant to be.

Pom Poko, on the other hand, has Japanese folklore all wrapped up into a modern setting. From what I can gather, it involves a family of tanukis (Japanese raccoon dogs) trying to live their lives peacefully in a forest outside of Tokyo in the’60s. They are threatened by suburban development that begins to overtake their home, and they try to fight back. But admittedly, the premise didn’t stand out to me so much as the whole “tanuki use their scrotum to attack, bounce, and do all sorts of other amazing magical things” to which I, of course, said, “Wow.” The folklore behind it wasn’t explained to me until further down the line in my movie-going journey, but I found out later that what I thought was a comical trait of a legendary creature from another country’s past turned out to be the ability to shape-shift and cause fun and mischief. It just so happened that in some of the stories about tanukis, they change and expand parts of their bodies to travel, have fun, or adapt to their surroundings in order to survive.

The emphasis on environmental issues is something I also picked up upon as I read reviews and articles about Pom Poko. Like a lot of the Studio Ghibli films, past and present, there is always some underlying jab at the rise of industrialization and the many pitfalls of destroying ecosystems to expand and accommodate for human civilization’s growth. Pom Poko doesn’t shy away from taking that into account when it comes to the tanukis’ fight for survival. It makes me wonder if maybe more of my instinct is to protect life and hopefully help preserve what few green hills we will have left once the whole world is covered in small, dense, sprawling suburban housing units and smog-choked city landscapes. Needless to say, my ignorance before reading up on the history of Japanese folklore and my take on environmentalism will challenge me to no end when I see the movie for the first time.

All in all, I can’t wait to come and see both films during Ghibli Fest here at The Frida. It’s gonna be fun to take in what I know about the films and what I want to take from them after I finish them. Hopefully, if it’s your first time seeing Pom Poko and/or Grave of the Fireflies, you will enjoy them as much as I hope I do. 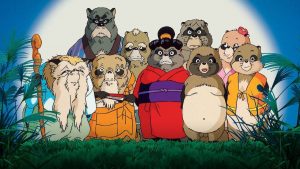