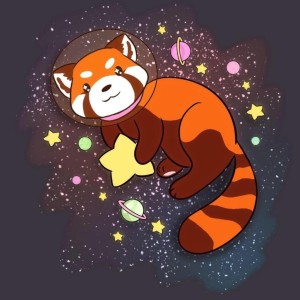 “So? Lady Macbeth, we’re sitting here, and the light’s green. Leave the seats.”

Having just screwed-up making payment in time for a class registration that has since dropped me just before the semester starts, I’m reminded of quiz kid Donnie Smith’s poetic episode of aging man-child fuck-up-ery from the beginning of Paul Thomas Anderson’s 1999 epic Magnoila. Something about carrying a that boy ain’t right quality loses its charm with every passing year I still see it in myself, when genuine consequences derail very concrete plans.

No matter, the call to regroup as a life lesson is the real attraction here, anyway.

“Now, we gotta make the best of it. Improvise. Adapt to the environment. Darwin. Shit happens. I Ching. Whatever man. We gotta roll with it.”

It’s from this frazzled and half-discouraged headspace that I find comfort in identifying with on-screen depictions of ineffectual men. It’s my third run watching Michael Mann’s elegant 2004 neo-noir Collateral and the film strikes harder this time around. Collateral boils down much of the themes in which director Michael Mann’s multi-decade oeuvre lingers, that of men on opposite sides of the law reckoning with their own capacity for good and evil, into a most pithy two hours. This one is a less sprawling, more actionable meditation on masculinity. If previous Mann films explore already effective men, this one depicts one on the cusp of his first steps into self-articulation.

In this film, Tom Cruise’s sociopathic hitman Vincent is the agent of controlled chaos come to shake the complacence out of Jamie Foxx’s deeply ordinary Max, his name a knowing nod to his capacity to be more. They meet when Vincent comes into Max’s taxi as a fare looking for an entry/exit ride on his latest hit job. His direct communication style and take-it-or-leave-it priorities keep him too mission-focused to get mired in the internal squabbles that come with having a conscience. The meticulous Max, on the other hand, is one of those temporarily embarrassed successes. A twelfth-year taxi driver too lost in the details (or excuses) to take charge of the bigger picture in his life, he insists it’s all just biding time for when Island Limos, his someday empire of luxury car fares providing a club experience on wheels, is to take off. This he promises to his non-skeptical fare Annie, a federal prosecutor who takes his business card.

Through being dragged along as an accomplice in Vincent’s clinical run of killings, Max is cornered into the position of posing as Vincent upon a meeting with his upset client, Felix. “I think you should tell the guy behind me to put his gun away before I take it and beat his bitchass to death with it,” Max says, drawing upon the cloak of Vincent’s persona as the Jungian-shadow he needs to rise to the occasion.

The film is probably best remembered for its thrilling nightclub sequence. Mann’s masterful choreography and Cruise’s commitment to weapons training here set the standard for the high-credibility action scenes that would mark movies like John Wick a decade later. I find the most moving scene, however, to be the one right after it.

In the cab following the club shootout, Max is finally fed up with Vincent. LAPD detective Ray Fanning, the only cop on the case who understood that Max has been fronting for the real Vincent all night, is shot as they exit the scene. The notion of cracking a few eggs to make an omelette points to the sheer carelessness of offing a man who’s “probably got a family, (whose) kids are gonna grow without him.” Human collateral damage generated in the wake of progress. Vincent is unrelenting in how he considers such petty details to be chalked up to the same cosmic coincidence that put the two together that night. This shit happens justification only draws attention to how hollow the man’s functional but ultimately sophomoric worldview really is.

In a Fight Club-esque act of enlightened cosmic surrender/defiance, Max quite literally takes the wheel on his life to rightfully push Vincent’s agency over him into the backseat, threats and all. Through standing up to his puppet master, he emerges, his shadow integrated, as a more whole man with a righteous mission. From there he is unstoppable in rising to the call to save federal prosecutor Annie from being Vincent’s next victim.

The Vincent-Max duality holds echoes of another one of this past month’s showings, Joel Coen’s 2021 solo-directorial debut with his rendition of The Tragedy of Macbeth. Both Vincent and Macbeth wear the cloak of cosmic indifference as armor to brace for the world’s malevolence. When seen through the lens of a play about flawed masculinity, Macbeth’s unraveling stems from the need to prove his manhood. It’s the very misguided, sociopathic ideal that Vincent personifies.

The witches successfully implant the idea that he’s destined for greatness as he’s fresh off the high of triumph in war, thus provoking the chaos they desire. Lady Macbeth expresses her own desire to be more man-like as contempt for her husband’s kindness. She regards the cruelty and aggressiveness in her conception of manhood as necessary for ambition. She preys on her husband’s insecurities so that they can strike at the crown as a duo.

This vulnerability to manipulation by others is the fatal flaw in Macbeth’s manhood. They are his Dick Cheney, his Emperor Palpatine, the original sinners pulling the puppet strings of a man too weak-willed to articulate his own unyielding truths. Macbeth is so possessed by the all-too-flattering notion that he is the rightful king that his ambitions charge past doubts of killing the honorable King Duncan. Of course, Macbeth becomes so haunted with unshakable guilt after his misdeed that his only way to cope is to delve further into defiance and depravity.

Some other characters offer alternative conceptions of masculinity. Despite being successor to his father King Duncan, the young Malcolm is so ashamed of his lust and greed that he thinks he’d make for an evil king. It is only until Macduff reminds him of his virginity that he is snapped out of this imposter-ism and asserts himself as the rightful heir. His initial doubt, however, is in stark contrast to Macbeth.

That he is suspicious of what is in his own heart makes him the more virtuous man. The witches effectively represent the darkest thoughts that can creep into a man’s soul. Reigning in one’s capacity for wickedness is the essential component being good that Macbeth lacks. He thinks himself the chosen one, the exception, whose supposedly honorable rule as king would justify the dishonest climb. Perhaps Malcolm would not so easily have been puffed up by thoughts of grandeur that corrupted Macbeth early on.

The similarly named Macduff, too, represents a more substantive masculinity. While Macbeth leans into his tyranny as overcompensation for his deepening guilt, Macduff holds steady. In the aftermath of his family’s murder, Macduff tells Malcolm he must experience the pain as a man, just as he would retaliate against Macbeth as a man. That his sorrow does not undermine his strength is a testament to his manhood. It does not make him weak, but rather his vulnerability to pain from losing those he’d loved in the first place is vital to his character. He is able to galvanize his men because their cause is righteous and meaningful. Macbeth’s troops, Malcolm says, are bound by obligation more than duty. This is the ultimate cause of Macbeth’s defeat. Nihilism and paranoia prove ineffective rallying cries for his forces.

It is this spiritual void, of none of the above as a value system, that ultimately proves faulty for Macbeth and Vincent both. If Lady Macbeth is id to her husband’s ego, Vincent is both parts integrated with a restrained sort of sharpness.

“The standard parts that are supposed to be there in people, in you… aren’t.”

Max’s problem, then, is that he carries himself with such a partially-committed disposition that he’s susceptible to being complicit in Vincent’s crimes. He acts as that superego  missing in Vincent. As Vincent’s front facing persona, he becomes the fall guy to Felix in case he/they don’t deliver on their promises. A guy so unfaithful to himself that he’s served up as collateral for another.

Max starts out vague, half-hearted, wishy-washy, lacking the kind of definition needed for a limousine empire. His progression through the meeting with Felix to the car flip involves him coming to terms with committing to a path forward. It is Max become Malcolm and Macduff and Macbeth, too. Unlike Vincent, Max doesn’t over-commit into a value system in order to be effective. It’s his propensity for having a conscience and considering the consequences, being detail-oriented, that better informs the course of action when he finally does take charge of his life. Lessons from his time with Vincent taken, his darkness integrated, Max charges forward with a focus so unrelenting that he steals a gun from a cop and a phone from a pedestrian: doing bad guy things in the name of a just cause. In the end, he triumphs over Vincent on the subway. Max turns his gaze on the shoddy handiwork making up the non-values of a spiritually hollow man, defeated and alone.

Collateral is an excellent film. It’s a re-watchable work of elegant neo-noir style, soaked under the indifferent glare of a digital cinematographic lens, against the backdrop of a lonely, anonymous Los Angeles sprawl. Vincent and Max’s cosmic dance is one beyond a dichotomy of wolves and sheep and towards becoming sheepdog. This is a Michael Mann impression of a Michael Mann film in the best sense.