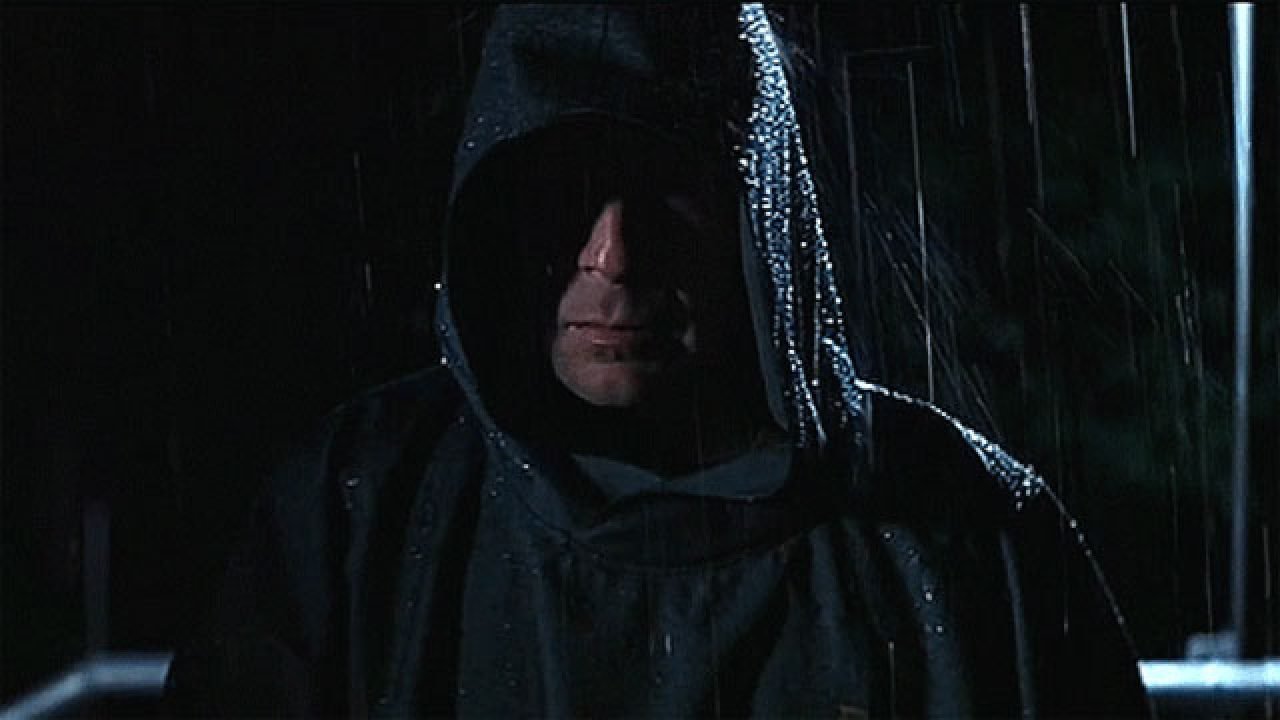 There are probably far more pressing matters for me to concern myself with these days than talking about how I feel like I’ve known about M. Night Shyamalan’s Unbreakable my entire life. As bold as I would hope such a statement sounds, the fervor I distilled in myself to write about this only came to be when I actually watched it for the first time just yesterday. In the 28 hours since, the occasional thought of why it took this long for me to finally delve into what I can confidently title as not just Shyamalan’s masterpiece, but probably also a cinematic masterpiece, would explode in me like a flash – brief enough to miss, but bright enough to remember.

What finally motivated me to sit in front of my laptop and actually write, was when I went on Twitter for about two
minutes. An amount of time just long enough for me to notice a tweet posting a magazine cover from 2002, touting Shyamalan as “the next Spielberg,” tweeted by an account named ‘Things That Haven’t Aged Well,’ followed by another tweet that currently boasts 4.1k likes, and simply states, “M. Night Shyamalan is kind of a meme among film buffs, known for making mediocre movies that always have a twist at the end.” I have since logged off.

To correlate the nearly thirty-year career of one of our most thoughtful storytellers in popular American film with a term as cursed as ‘meme’ is soul-crushing. Ever since breaking into the turn-of-the-century zeitgeist with The Sixth Sense, Shyamalan was gifted with what seemed to be an endless quantity of carte blanche; utilizing that freedom to shine an equally ceaseless light on the misunderstood. The broken. The manipulated. All with the mysterious, but boundlessly empathetic approach that only he is capable of making into a signature vision.

It still seems to be of the popular, if not slightly dated, opinion that the quality of his filmmaking has drastically dipped ever since that first success. However, where others would crudely throw around terms like ‘new low’ or ‘embarrassment’, I would simply refer to them as threads of a far bigger narrative. A story nearly as unpredictable as any of his work, one that only a few would accurately have predicted. After all, the notion of Shyamalan following up an Oscar-nominated supernatural Horror with a gritty superhero Thriller – very well near two decades before it became the norm, is ridiculous. If The Sixth Sense was the ghost story you hear at bedtime, then Unbreakable is the following morning when you wake up and you can’t explain why, but everything feels different. Not wrong, but not comfortable. All you can truly know for sure is that a place for you in the world has been made, and it can never be unmarked.

We don’t ever see the train crash. The horrific accident that sets off the origin story of David Dunn – in a career-best performance by Bruce Willis – is only conveyed through a piercing light, the screeching of rails, and an extreme close-up of Willis’ face. Then silence. We feel the danger pass just as quickly as it surfaced. And as we see his son Joseph take in the possibility of his father being killed in the accident, we almost already feel that David can be anything but. Shyamalan’s careful, deliberate plotting is evident from the very first fade-in. Clear as glass, some would say. By the time the doctor treating Dunn chillingly reveals that he not only has a single scratch on his body as a result but is also the sole survivor of the crash, the layers of David’s history begin to shed. What is he hiding? What does he already know about himself?

“How many days in your life have you been sick?”, asks Elijah Price, a comic-book art dealer played by one Samuel L. Jackson. A question that is just as inciting as Dunn’s accident, as it suddenly brings the two to a tether, when the only thing they previously shared was their Philadelphia hometown. The closer Elijah gets, the more David’s facade unravels into a sort of makeshift destiny. But why does it need to unravel at all? We’re led to believe that Elijah’s fixation on David is purely in the interest of Dunn himself – a vessel made to realize they’re something far beyond that label. But not only is Elijah introduced in the film’s opening scene, but also the condition that defines his weakness but only as much as it defines his purpose.

Elijah was born broken. A carrier of brittle bone disease that caused him to sprout from the womb with fractured arms and legs, Price’s birth is one founded on a deafening pain that overseers his life. It’s a pain that lives in his mother, and in the bullying from his classmates, who dub him ‘Mr. Glass’. But what evolves that pain into purpose takes the form of a comic book – a gift from his mother, which seemingly melds his entire being. Through the panels, he makes his story known, and a place for him becomes found, devoting his entire life to find David Dunn. To find his opposite. It’s not long before the rest of Dunn’s family is involved – his son Joseph and a distant wife played by Robin Wright Penn, and they only loosen the knots further, in the form of weights lifted and a gun at the dinner table. Until one night, David goes to where people are, and his strength reveals itself, almost without warning. I can already hear that James Newton Howard beat as I write these words.

The pivotal scene in which David walks into a crowd and reveals his second sight -allowing him to see the crimes committed by those he touches – is the most essential, perfectly-realized scene in a film just about bursting with them. Shyamalan, his DP Eduardo Serra, and editor Dylan Tichenor craft this scene as if their lives depended on it; from the opening dolly-in to Elijah’s voiceover providing perfect leeway to the aforementioned, now-iconic theme by Newton Howard concentrating just the right amount of pulp into its atmosphere. It’s here where Dunn, quite literally, embraces his destiny with arms open, and within the same scene, comprehends the responsibility that comes with it.

Each person he touches is another atrocity committed by those very hands; the fear in his eyes only deepening until a janitor, laden with orange, crosses his path, and what he sees is enough for Dunn to follow him home; or rather, the home he has occupied. And in a sequence that is as haunting as it is tense, Dunn’s attempt to rescue a family held hostage becomes a showcase for his weakness in the form of water – haunting him since nearly drowning as a kid, the overcoming of that weakness, and the saving of children who will no longer have parents. But their lives are saved, and an origin is told.

Shyamalan blankets the entire film with such an air of ghostliness that the blanket may as well be white. At the memorial service for the train crash, we are given the details of each life lost. A social worker. A schoolteacher. A researcher for leukemia. The people we’d normally turn to for what constitutes a “real-life hero”, all lost in a vast tragedy that only leaves behind someone who spent his entire life hiding the hero that he not only can be but could’ve been. Only motivated by the push of a stranger. To me, there’s something far beyond this notion that I’m frankly only capable of reaching so far, but even that alone factors into what Shyamalan succeeds in getting at.

Unbreakable is a work dedicated to those who spend each day unaware of the mythology they build for themselves day-by-day. As critic Josh Lewis states, it’s about “the stories we tell ourselves so that reality might make sense”. And as much as I wouldn’t want to speak on the behalf of our entire species, I can’t help but feel that mythology shapes us all in some way. It’s the reason we pray. The reason we wake up and find out that someone we love has passed without warning. The reason we persevere even if all that’s left to do is to give up. It’s why some are capable of bending steel and breaking down doors, and how that same strength can be found in those we see as weak.

It’s the reason why this film ends like a biopic. Because in the end, the stories of Elijah and David ultimately become one. What was melded in something as fictional as a comic-book is, and can be pushed into reality, even if all for the sake of someone desperate and deprived of purpose. It’s a story that will cast their names in a history that will define each and every day that follows; for them and the people they love. It also happens to be the story that I’ll always remember Shyamalan most for. Accounting for the vicious amount of hate he still seems to get, I can’t imagine providing a work that counters the hatred in a more humanist way. Because whether you feel it or not, you will always be heard. Your story will always be worth telling.