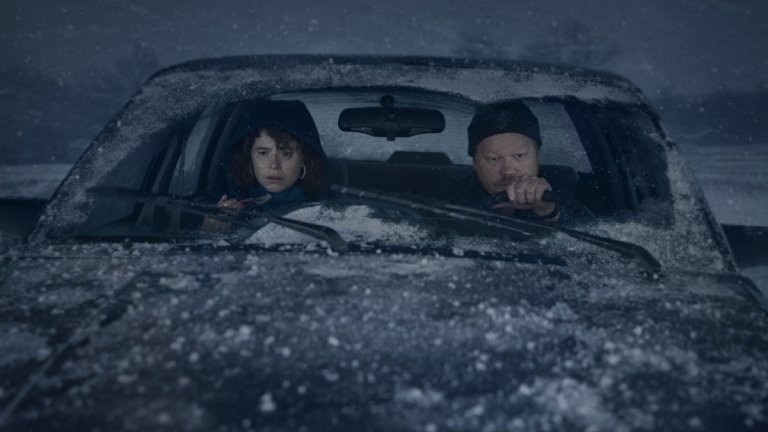 I’m thinking that Charlie Kaufman and existential horror go hand-in-hand pretty easily. Perhaps his background in writing for sketch comedy before going into screenwriting would make that surprising to people. Or maybe not, considering you can find a particularly dark humor just below the surface of surreal dread that defines his work. Since Being John Malkovich, Kaufman has spun tales of identity, writer’s block, hopeless love, unrealized potential, mental illness – among many other complexities, with an absurdist edge that seems to get closer to something far more misanthropic with each new work.

I’m thinking that since transitioning into directing his own scripts with Synecdoche, New York and Anomalisa, you can almost notice Kaufman’s frustration growing alongside his ambition. If you can’t feel it in the dialogue or the hopelessness of the stories from either film, it could be evident in the arc of their protagonists. A depressed middle-aged male so defeated by his own ego that any sign of satisfaction becomes less attainable with each passing minute. Acceptance only in the form of a self-inflicted doom. I’m thinking it’s gotten obvious to see who Kaufman’s drawing from.

‘i’m thinking of ending things’ is his newest film as writer/director, and the latest champion of lowercase film titles. It is apparently labelled as a psychological horror by Netflix – perhaps the only practical distributor that could’ve put out a film like this. But putting it under this genre feels ironic for two reasons. One, for being seemingly his first actual stab at the genre, you would think that horror has been tackled by Kaufman since the beginning. Synecdoche, New York was originally approached as a horror film to both Kaufman and its producer, Spike Jonze, until they incorporated their own personal fears, crafting far more effective horror than what we’d normally associate with the genre. To me, at least. The second reason can only be understood once you actually watch the film, when it becomes abundantly clear that genre is the least of Kaufman’s concern. At first, it seems hard to tell what exactly is his concern here. But you can feel from the first frame that something’s off, and it stays off until its last.

A couple – portrayed by Jesse Plemons and Jessie Buckley, is driving through a snowy Oklahoma road, towards the home of the boyfriend’s parents in a remote farm. We know his name, but we don’t know hers. During the drive, her boyfriend, named Jake, calls her Lucy, who then receives a phone call from a friend with the same name. And that’s before the two different names he calls her later on in the film. Over the duration of this scene, it becomes clear that nothing’s clear. What seem like blatant continuity errors start to blend into loose fragments of time, only bound together by the internal monologues of Buckley’s character.

If you can’t tell from the title, she’s having second thoughts. As she narrates, the disconnect between the couple shows through awkward, faint exchanges and jarring shifts in emotion, at least whenever it isn’t passive-aggression. Nothing feels natural, and it’s in a way where dread easily builds in you without having to disturb in a way that’s obvious. It’s all well before they reach their destination, where the film turns into a sort of fuse between Meet the Parents and Hour of the Wolf.

The introduction of Jake’s parents, played by the always-welcome Toni Collette and David Thewlis, do not make the tension any less unbearable. They appear and they disappear. They introduce themselves then immediately walk to the dining room table where dinner is already served. A searing pain desperately tries to escape through unnatural laughter. Toni Collette reaffirms herself as a force to be reckoned with in the art of uncomfortable scenes set at dinnertime.

All of that, and it’s still just the faintest reach into the fever dream that Kaufman creates. Time is rendered into a fluctuating void of distorted memory, where any feeling of safety no longer exists. It is an absolutely suffocating experience, made all the more literal by DP Łukasz Żal, who uses the same 4:3 aspect ratio that defined his work with Paweł Pawlikowski to build claustrophobic, static frames that easily craft the feeling of general wrongness, and the way the camera will move before the character’s actions that would’ve informed the movement feel anything but unintentional.

Calling the film suffocating was meant in a way where I’m sure it was intentional. But
with that being said, the film also happens to be intensely frustrating, exhausting, and as self indulgent as it is self-pitying, and it’s at this point where I don’t know if I’m any more capable of entertaining the idea that it’s supposed to be those things than I was with Kaufman’s past work. It almost felt wrong to try and engage with it as something as simple as an unsettling mood piece, considering Kaufman has been capable of works with far more density than that would entail. But it unfortunately seems to be that what I considered Kaufman to be grasping at – from the unavoidability of aging to the trappings of entitled male fantasy, are themes that only feel too familiar for me to truly connect. And the change of POV near the end only confirms my feelings that what he executes here has only been executed by him in previous work, and in far more responsible ways.

There’s certainly frustration to be had in criticizing the film at all. Kaufman laid a strong foundation with the movies I would obsess over in my formative years, and it’s clear that with each film he puts out, it is an absolute unloading of ideas that you couldn’t possibly digest in one sitting. But it’s here where I start to question how many of those ideas really work within the structure. Later on in the film, the couple engages in in-depth discussions of David Foster Wallace and John Cassavetes’ A Woman Under the Influence, and as much as it would’ve excited a younger version of myself to see those names referenced by Kaufman, the name-drops feel nothing but jarring. Perhaps the idea of Buckley’s character quoting verbatim Pauline Kael’s 1974 takedown of Cassavetes’ film works within the subtext of how we project onto others to keep our own fantasies alive, but I’m thinking it’s just a result of Kaufman throwing whatever will stick on the wall, regardless of whether it should’ve been thrown at all.

For what it’s worth, the entire cast shines. Buckley contains such reserved emotions that could unravel at any moment, but her keeping together only further builds the tension we feel throughout the whole ordeal. And when someone like Kaufman gets Jesse Plemons, you better expect for him to make Plemonade, to which he does in a performance calling for so many different elements that are pretty much all pulled off. The aforementioned Collette and Thewlis of course deliver the dread, which further reaffirms Kaufman’s ability to build a mood that feels consistently off – one that he’s excelled in since Malkovich.

It’s just an all-in-all bummer that great performances and inspired visuals culminate in Kaufman yet again reaching for a grandiose metaphor for male narcissism. Or something of that sort. The idea of Netflix putting the film out would probably explain the more out-there choices that he makes here, for better and worse. But considering the struggles of his past projects finding any success beyond festivals, the chances of being given the keys to full creative freedom without the worry of success feel appropriately bestowed. I’m thinking that he’s found his home.