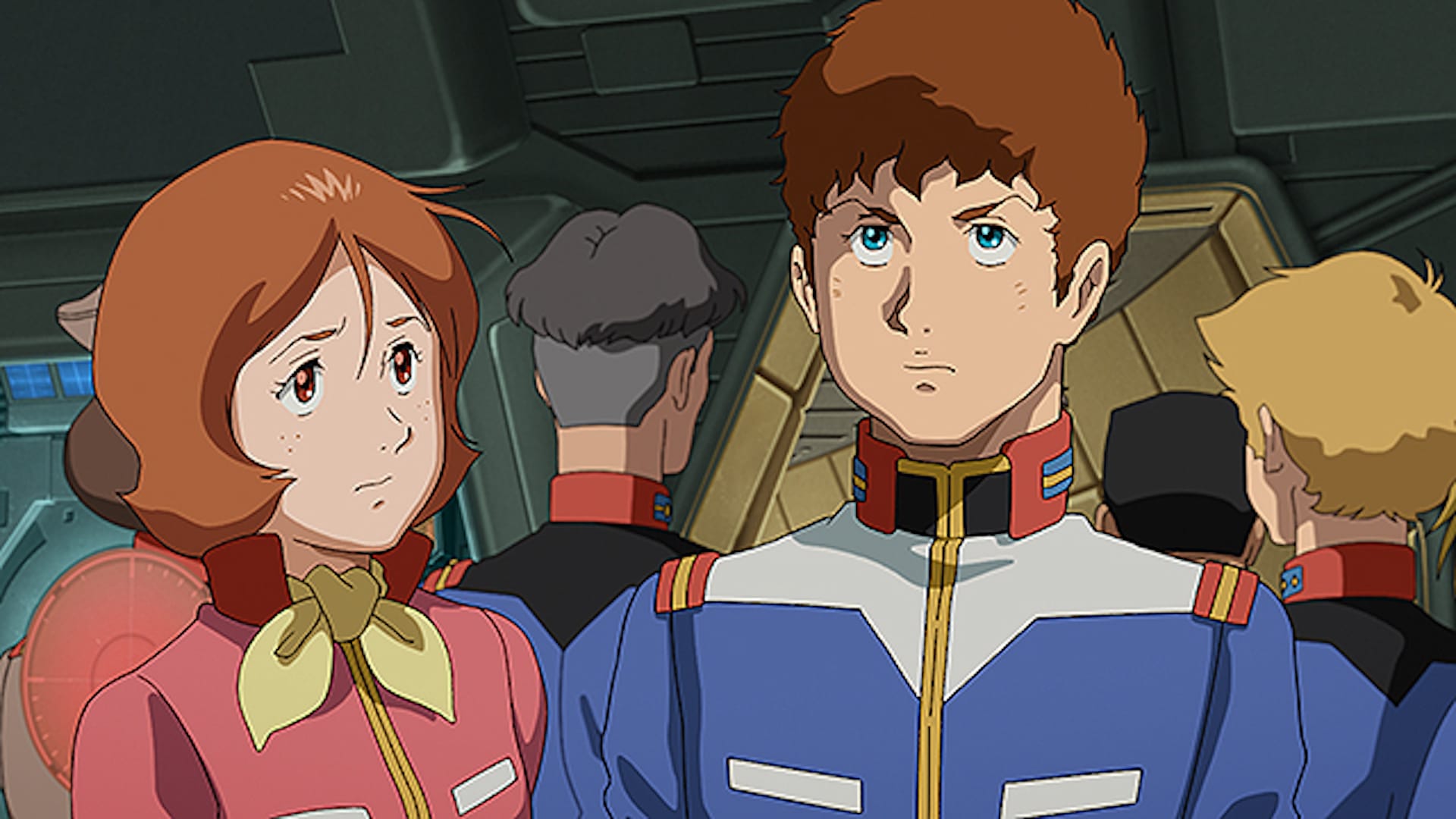 Though I was running a little late to the screening, little was ruined for me as the film I was there to watch – Mobile Suit Gundam: Cucuruz Doan’s Island – was actually a new retelling of episode 15 of the original anime series. Considered a classic among the fandom, the episode focuses on Gundam pilot Amuro Ray as he responds to a distress signal from a small island called Canary Island. He gets there and comes across a small group of children and two adults taking care of them, one a decorated Zaku pilot named Cucuruz Doan. Typical emotional and political discourse arises, and the episode ends with Amuro and Doan becoming friends. Pretty simple stuff. But at the end of the day, it seemed like a simple TV episode wasn’t enough, despite its cult status and the fact that it has now become a franchise juggernaut due to its amazingly detailed model kits, which have been selling like crazy since the 80s.

Due to the popularity of the show and its fans, Gundam was able to open the floodgates for new stories to be told using that old material. With Cucuruz Doan’s Island, there is a chance to give the character a compelling background story that wouldn’t fit within the constraints of the Mobile Suit Gundam TV show.

Coming in on the film in hopes that it would jar the same nostalgic hits I got from Gundam Wing: The Movie – Endless Waltz as a kid, I wasn’t surprised that it hit the nail on the head. Amuro was always a character I was interested in, due to his background of being a civilian mechanic coming in on the war, someone who wasn’t raised to be a true firing patriot of the battle on Earth. His conviction of not wanting to kill due to his mother’s wishes for him to be a kind young man is what drew me to wanting to see one of the many battles he fought with a like-minded ex-Zaku pilot. Doan is definitely one of those many characters who Amuro comes across and has to challenge himself and his belief system in order to get past the war and find peace within himself and the world around him. It’s stories like this that once again pulled me into the Gundam universe as a whole, and, I’ll be darned, it always works. The animation is slick. The combination of hand-drawn techniques and computer animation, which is pretty much the standard at this point, was seamless. The robots themselves look amazing, flowing better than their original hand-drawn counterparts. 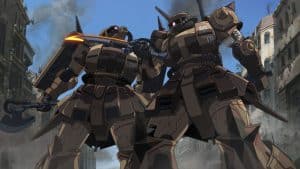 The smoother transition between the storytelling elements of the movie helped to dig deeper into Doan’s past, which I could tell very much needed to be handled properly due to the nature of the story being told. Seeing how they handle the episode and Doan’s background as an ex-Zaku fighter who had a change of heart about the war and his role in it, it’s no wonder that a movie makes more sense to retell Doan’s story with more emotion and tact. The movie also adds more weight and emphasizes the real war allegorical storytelling that Mobile Suit Gundam had originally intended for the show, outside of it eventually being financed to make toys for kids. The movie shows Amuro and his friends as they deal with and struggle with inept higher-ups in the military ranks who don’t take threats from the Zaku forces seriously and orders being changed, which could lead to disastrous results. All the while, Amuro tries to gain his footing as a soldier.

The basics of the story, though, goes as is. Amuro and several of his comrades are called to go to Alegranza near the Canary Islands to see if any Zaku troops remain from a previous battle fought in the area. Amuro gets left behind after his communications go out, and he engages in a battle with a possible Zaku straggler. After awakening in a small house, he discovers Doan and his small group of children, who he saved from a battle he engaged in while he was still part of an elite force of Zaku troops. Throughout the rest of the movie, we see Amuro and Doan talk about their pasts and engage in teaching moments that help solidify Amuro’s need to end the war and bring peace back to the colonies and Earth. While the ending fits well, with Amuro helping Doan let go of his war-mongering past, it left me craving more of the newly expanded world of Mobile Suit Gundam.

The soundtrack being taken up a notch, with rock and orchestra elements flowing in and out of each other as the fight scenes go on, is a nice touch. It shows how the fights can lead to both moments of intensity and moments of calm tranquility, which a lot of animated movies tend to forgo for more orchestrated music. Compared to the original episode itself, though, the music engulfs the emotion being projected from the characters. Again, the hard rocking soundtrack hits when Amuro hits, and the emotion pours from the scene. The battles are heavy with guitar riffs with every laser shot out of the cannon or every slice of the blade from the Zakus or Gundam. It enriches every aspect on the screen. The original episode’s soundtrack doesn’t compare, what with its muted orchestral send-up for more drama than action. It goes without saying that there is significant improvement in the music for the film over its original episode source material.

Needless to say, I loved the movie and you should see it when you get a chance, whether it be on streaming, Blu-ray, or the big screen of a theater. It’s worth every penny.