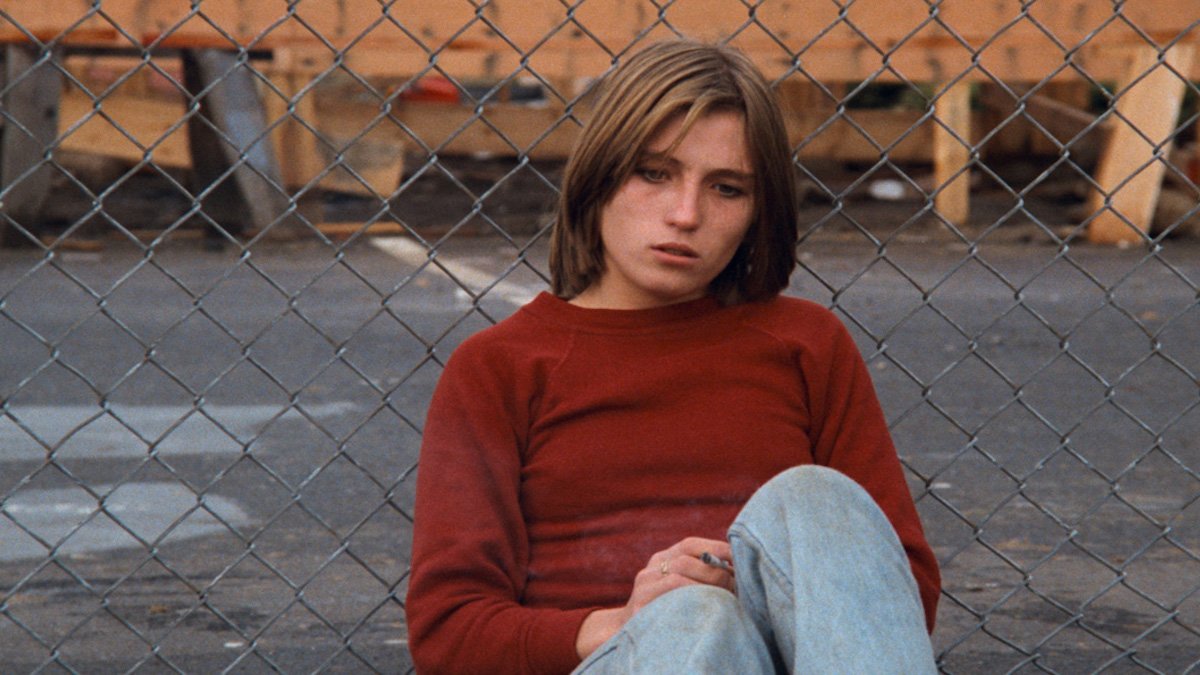 OUT OF THE BLUE: Burn Out, Fade Away

Cebe’s face is scarred. She lives with her mother Kathy, who has long-surrendered to heroin addiction and a drug-addled affair with the best friend of her husband Donny, who is on the cusp of prison release after half a decade. At night she sneaks out, whether to the inside of her father’s unused Big Rig to communicate her nihilistic persona to truckers over radio at random, or to the city of Vancouver – home of an exploding punk scene and a mecca of danger for any fifteen-year-old like her. She idolizes Elvis Presley and Sid Vicious, and is hopelessly caught between the individual eras those two represent. The same way she is caught between the ever-inflicting trauma of two irreparably fucked-up adults who brought her up. Cebe’s face is scarred, but the inside grows even more so.

Three years after the completion of Dennis Hopper’s Out of the Blue and its Cannes premiere in 1980, Hopper would check himself into rehab. A telling consequence following a production that seemed to have stemmed from the lowest possible trenches of one’s being. Anyone who should take the plummet into Hopper’s shattering masterpiece will likely be hard-pressed to believe the origins of such a project, specifically with its previous incarnation as a made-for-TV movie titled The Case of Cindy Barnes. Originally to be directed by co-writer Leonard Yakir, the film was subject to footage that would be deemed by executive producer Paul Lewis (a colleague of Hopper) as unusable. After leaving the project two weeks later, Hopper – originally only on as a co-star and having hit a career nadir following the reaction of his widely- misunderstood The Last Movie, decided not only to step up to bat, but to re-write the entire screenplay over a weekend and subsequently transcend it past any possible made-for-TV barrier.

“It’s about the society of North America; the family unit is falling apart.
People who say all this doesn’t exist in this country, where have they been?”
– Dennis Hopper, The New York Times (1983)

From implementing the punk scene surfacing about at that time to using Neil Young’s “My, My, Hey Hey (Out of the Blue)” – the opener to his 1979 record Rust Never Sleeps, as the film’s recurring theme song, the mid-production evolution of Out of the Blue would help cement itself as one of the decade’s most essential capsules of depicting American lower-middle-class life, and it would only be less so if it hadn’t dared to descend as hellishly as it does. From its opening minute, the film refuses to flinch, and maintains an almost unspeakably bold momentum to its explosive last. It’s only but the functioning of nature that a film so necessary in its indictment of the contemporary and its past would never see the release or appreciation it deserved until four decades onward. Produced in Vancouver, the Canadian government was somehow unable to approve of the film in time despite its selection into the 1980 Cannes Film Festival (albeit with unspecified nationality), which resulted in the film’s backers being unable to land a distribution deal. Although Hopper would take it on the road himself across U.S. arthouses in 1982, the film was primarily subject to public jeering, sealing Out of the Blue as a film for a shamefully unprepared culture.

Which brings it to a brand new 4K restoration, presented by fellow fans of the film Natasha Lyonne and Chloë Sevigny. The cult support exponentially grown over decades has proved time to be more than kind to Out of the Blue, which ironically conveys anything but kindness to not just time’s passage, but the broken promises endowed by past cultures. Cebe – played with a once-in-a-lifetime bravado by Linda Manz (represented here at the Frida with a remarkable three-film tribute including Terrence Malick’s Days of Heaven and Harmony Korine’s Gummo), exists as a symbol of liminality. Between the dead-and-buried idealism of the 60’s countercultural movement and the confused rage of early 80’s rock n’roll. Between love and abuse or innocence and chaos. Between burning out and fading away. When her father Donny – played by Hopper in a performance so unhinged and monstrously unpredictable that it borders on metatextual once accounting for his state at the time, is released from prison, Cebe desperately holds on to the image. That of the unified American family, brought together for a chance of self-redemption, with a guaranteed promise of resurfacing from past plagues. In the most heartbreaking fashion, it takes far too quickly to realize that Cebe’s image is one of routine and repetition. Little by little, Donny returns to the level of drinking and dangerously erratic behavior that reaffirms the moral rehabilitation promised by prison life as one of America’s most outwardly false ideals, revealing himself as the exact same person who committed the horrifying act that placed him in prison in the first place.

Out of the Blue is a work hopelessly, yet necessarily lodged within the failures of people and the liberalized institutions unable to control them beyond locking them within their social classes and cyclical traumas. It may be easy for some to register the parallels between this and Easy Rider – which arguably does for the 60’s what this film does for the 80’s, but where Easy Rider contained its freewheeling sensibility within a more digestible flavor, Out of the Blue carries itself as if high on an incurable, all-consuming fury; its rage stemming from the loathing of itself and those within its peripheral vision. Finally, as we are forced to reckon with the film’s conclusion – without a shred of doubt being one of the most viscerally upsetting and terrifying in American cinema’s entirety – we recognize what Cebe represents beyond the bridging of different worlds. She wholly symbolizes the confusion shared by her singular generation. The failures of economic/social reform brought upon the baby boomer generation have caused their successors to inherit the consequent trauma and sickness of that past. Dennis Hopper remains the only filmmaker having been able to recognize the crippling fear of not just being the only person in a household of erratic, substance-influenced failures to have access to rational thought, but to also be the youngest. It is these final minutes in which Cebe lets go of that idealized image and acknowledge her family’s lack of hope, all while refusing to surrender to it. She defends and transforms herself, penetrates and distorts her own visage, forcing her predecessors to confront what they have done to her and her space. And in this space of martyrdom, she provides her family a deafening end to the cycle of pain and abuse. With Out of the Blue, Hopper can not only suggest that it’s better to burn out than to fade away, but that it is simply necessary in doing so. 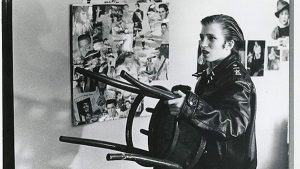