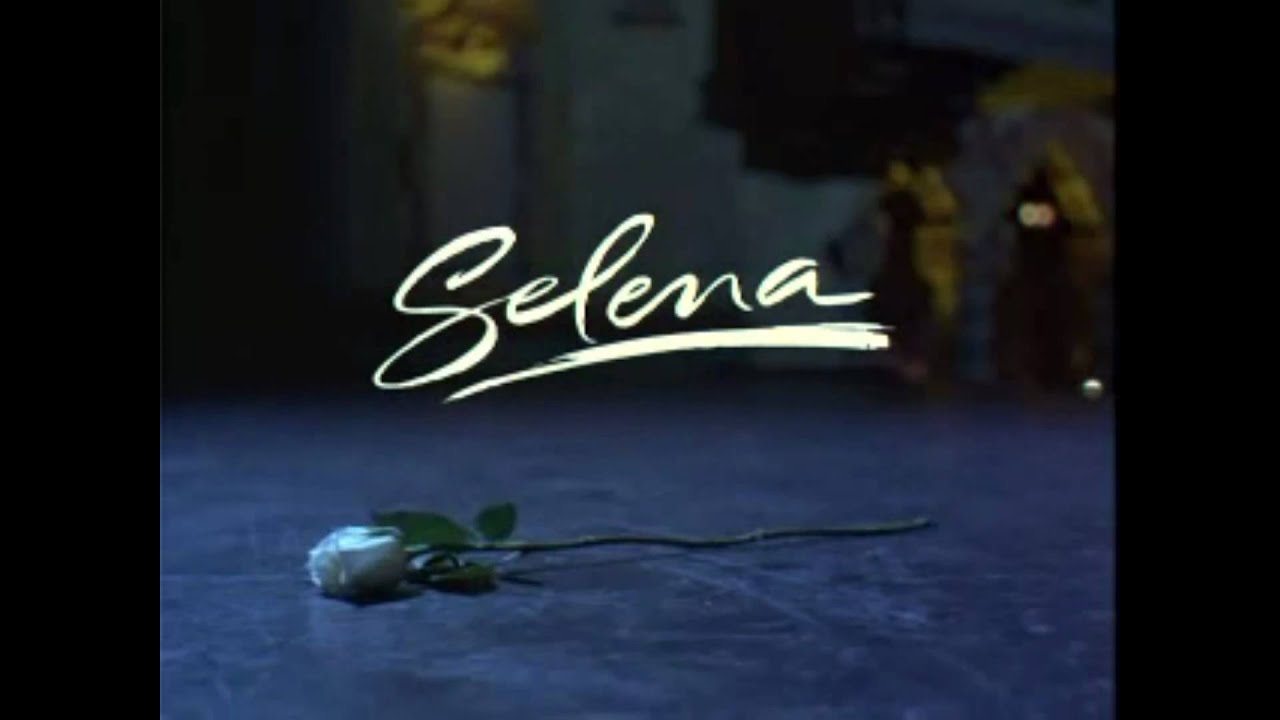 The unfilmable novel of Selena Quintanilla-Pérez’s life was first attempted in Gregory Nava’s sprawling, cradle-to-grave biographical drama Selena (1997). An anodyne film crammed full of the Tejano star’s music yes, but nervously avoiding her soul. Selena the film was, for a time, the only depiction of the artist available to the public for twenty-four years, and in the interim after her senseless murder the banal portrait it presented built an urgent connection with audiences that were (and still are) processing her tragic end.
Last December, the streaming giant Netflix debuted the first of a family authorized two-part mini series about the late singer: Moises Zamora’s ‘Selena: The Series’, which intends to elaborate on the rest of the Quintanilla family’s perspective that was more or less absent in the film. With the advantage of a contemporary episodic structure and significantly more time than a feature, this televisual entree may yet prove successful in further contextualizing the singer’s short life (the final episodes of the series premiere in May). Confoundingly however, the last quarter century of daring, insightful, and visually electrifying biographical films made between the two Selena projects, seem to exist in some other cultural planet. 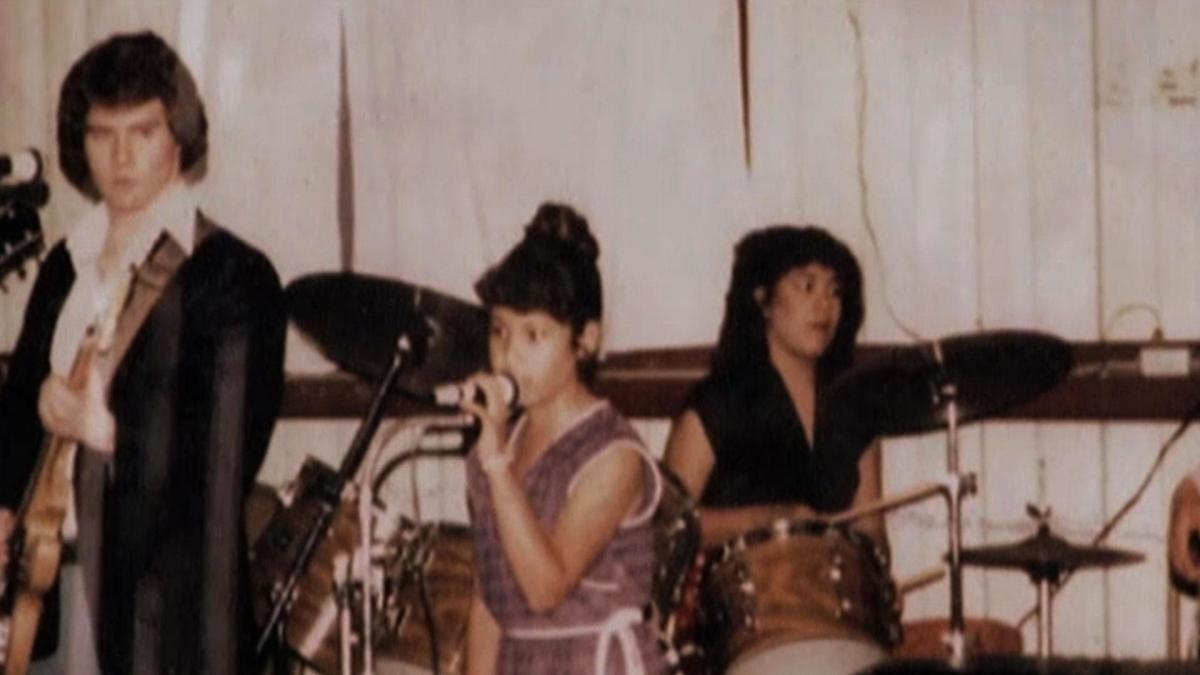 For a piece posted to IndieWire in 2018, film critic and author Richard Brody stated that the Great Biopic is one “in which an idea of history is realized along with the dramatic portraiture.” To be unconscious of a particular film’s historic period, from a production standpoint, is a missed opportunity to augment and enrich your material with layered meaning. Nava’s film resists this style in lieu of something else altogether passable, if painfully conventional.
And he can hardly be blamed for it.
Had Selena not been murdered, her image and rapidly accelerating career would have remained under her father Abraham’s ironclad legal control – as was the fashion at the time for family-managed popstars and boy bands. The emotional honesty and radical expression present in Selena’s music would unsurprisingly and unequivocally have been diluted in any cinematic depiction produced under her father’s eye, for the sake of preserving the band’s “image”. Hindered with this vague notion of “preservation”, the resulting depiction in Selena is terribly diagrammatic and profoundly in awe of it’s own specialness – like someone trying to tell you a story but who keeps stopping to react to the craziness of it.
The allegory of the ‘Superstar as savior’ plot that filmmakers so often default to tends to flatten the personality of the Artist for the sake of perpetuating reverential legacy. This is so common precisely because it is so easy to flatter an audience that has come to the theatre ready to worship at the altar of their chosen hero. 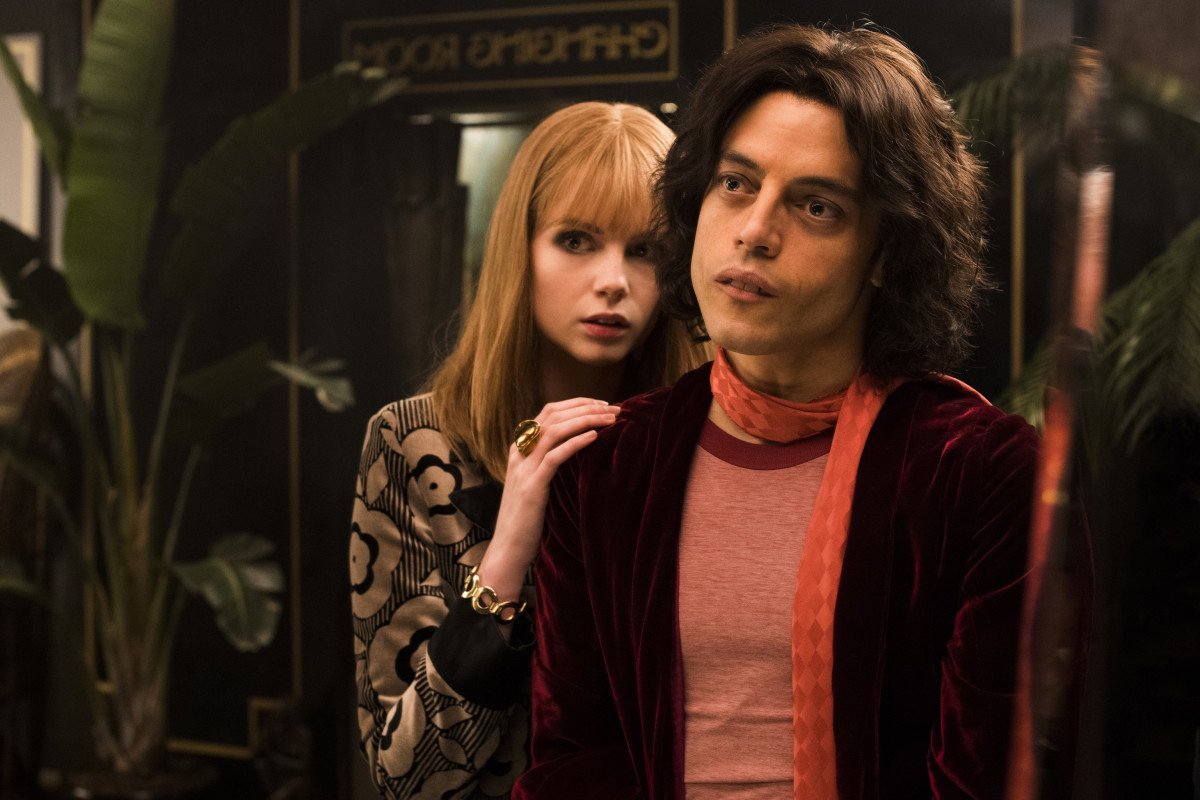 Consider the recent Bohemian Rhapsody (2018) adaptation (because I do consider these films adapted material). Made under strict compliance by the surviving members of the rock band Queen, the film suffers tremendously for how it awkwardly contorts itself around any complicated storylines related to its lead character Freddie Mercury (lest the other band members not have enough screen time). As an audience in the present, with a clear picture of the facts-of-the-matter, the film’s insistence of historical untruths reeked of opportune exploitation and a clear ineligibility to deliver on the story’s complex, sensitive nature. And yet, the film was a huge box office success, earning over $900 million worldwide.
What does it say about the state of the industry when a clearly defective piece of biographical film like this can financially succeed so dramatically? 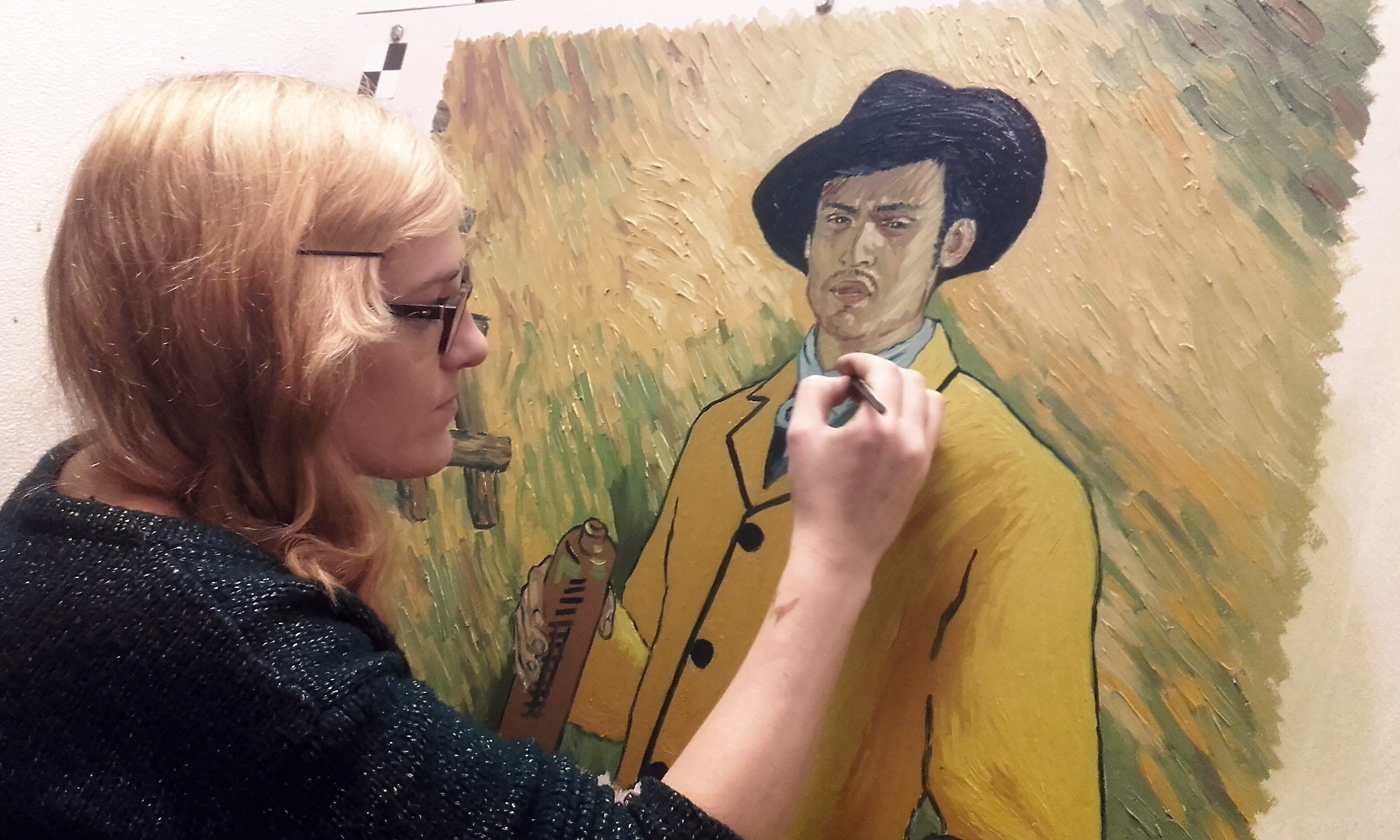 Part of why this was so discombobulating can be traced to the year prior when audiences were treated to Loving Vincent (2017), a revolutionary hand painted animated feature about Vincent Van Gogh that weaves its iconoclastic investigation of the artist using only frames from his paintings. The execution of this visual idea supplemented the ultimately bland characterization of Van Gogh himself, but more uniquely proved that the synthesis of form and content in biographical films (especially films about well known figures) have boundaries still to be crossed, with a rabid audience ready to indulge in something more experimental; see also, At Eternity’s Gate (2018).
The problem for Selena and the Quintanilla family is the degradation to ‘brand’ that these risks can accumulate if improperly done. ‘Selena Y Los Dinos’ had cultivated a family friendly, proto-Disney image not out of mere incidence, but, by all accounts, as an intentional albatross worn on the neck of Abraham Quintanilla to guide his children away from the corruptive nature of music stardom. Indeed the basic friction between Abraham and his son-in-law, Chris Perez, stemmed from the perceived machisto attitude of the young guitarist on account of his long hair and heavy metal predilections. Certainly no filmmaker would dare to impede on this reputation. 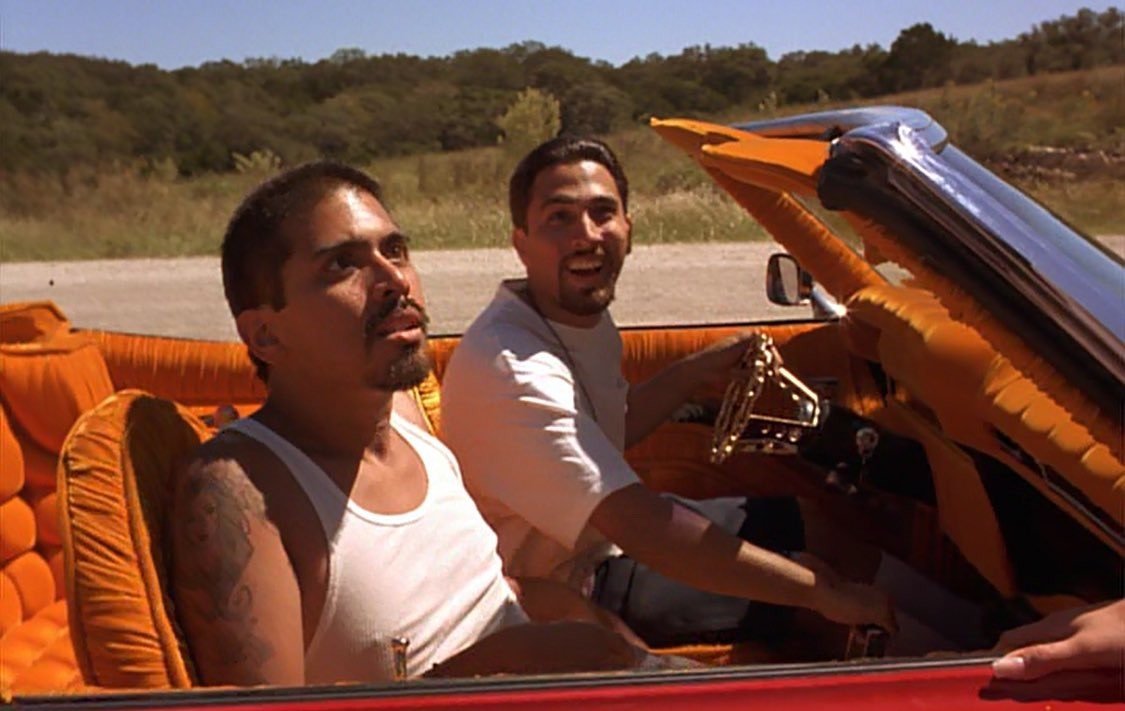 Selena nevertheless remains an object of persistent cultural relevance precisely because of its less-is-more approach that is warmer, and more inviting than, say The Color Of Pomegranates (1969) or Schindler’s List (1993) is to its audiences. In any attempt to dramatize historical reality however, the problem of how to depict the experiential power of meeting a Great individual remains.
William Wyler’s Ben Hur (1959) had an elegant solution to this by keeping it’s ‘Jesus’ character almost entirely off screen, but the same could not be done in a film about a person like Selena or Freddie Mercury who are so defined by their image. And while neither film suffers from a performance standpoint (I reject any suggestion that Jennifer Lopez might somehow be miscast), the incongruity of these iconic performances and the uninspired compositions they support largely overrides its well meaning ambitions. 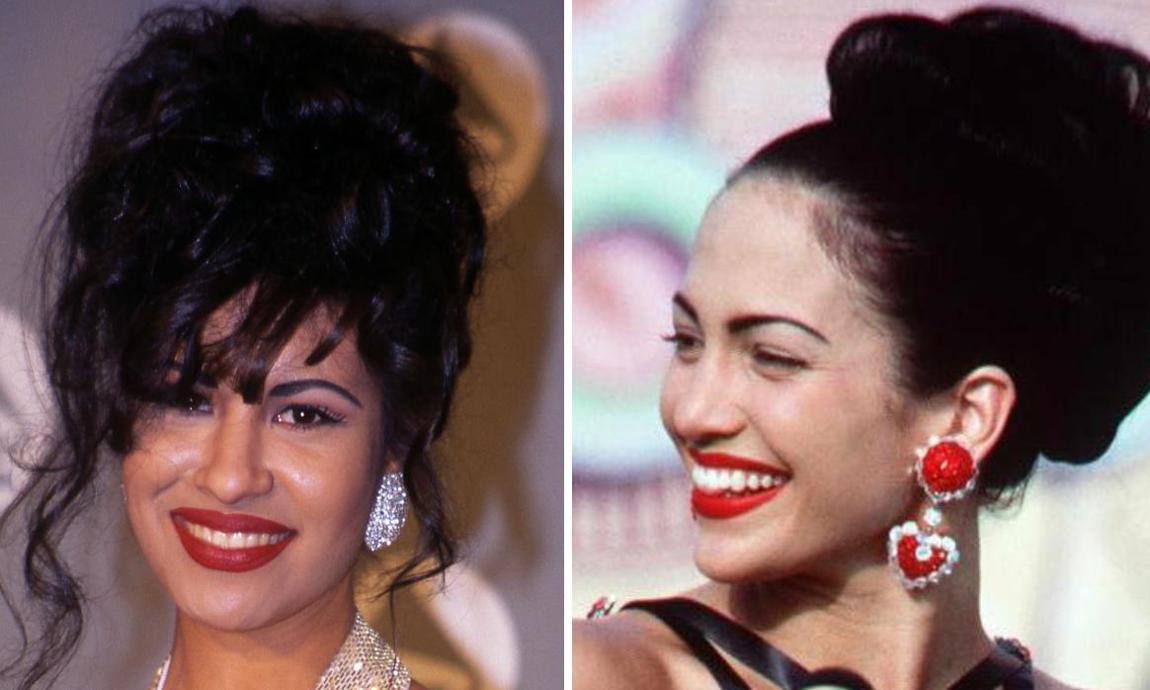 The biographical filmmaker of merit will have to face a dilemma when pursuing these stories: to follow the story where it takes you, like an investigative journalist does uncovering an unknown known, or to simply tell the audience what is already known. The difference between these is the difference between reproduction, and dramatization; the difference between an actor on stage hitting marks, saying dialogue, and an actor acting. Because why go to the theater otherwise?
Why spend 2 hours watching any biopic when you could, in the same amount of time or less, receive a much more informative and well rounded education on the figure with an internet search, or by listening to their albums? What frontier is left to be revealed in movies like these, especially in the Internet age?
One hopes that the filmmakers are either sitting on a powder-keg of exclusive information – a result of their privileged access to an extant source – or are otherwise deploying a radical, and necessarily risky interpretation that means to transcend words. Such interpretations run the risk of obfuscating historical details for the sake of emotional truths, but so often this is exactly the thing we find missing in films famous for their historical fidelity. Facts, but not truth.
One wonders (and perhaps hopes?) that the Future will be kinder to Selena than these depictions have been. In the Future long after most of us have gone, there may be an exciting and risky depiction of Selena artist that actually gets after who she was on the inside. Likely in the Future, such a depiction would not even need to occur on movie theater screens to reach the same audience. 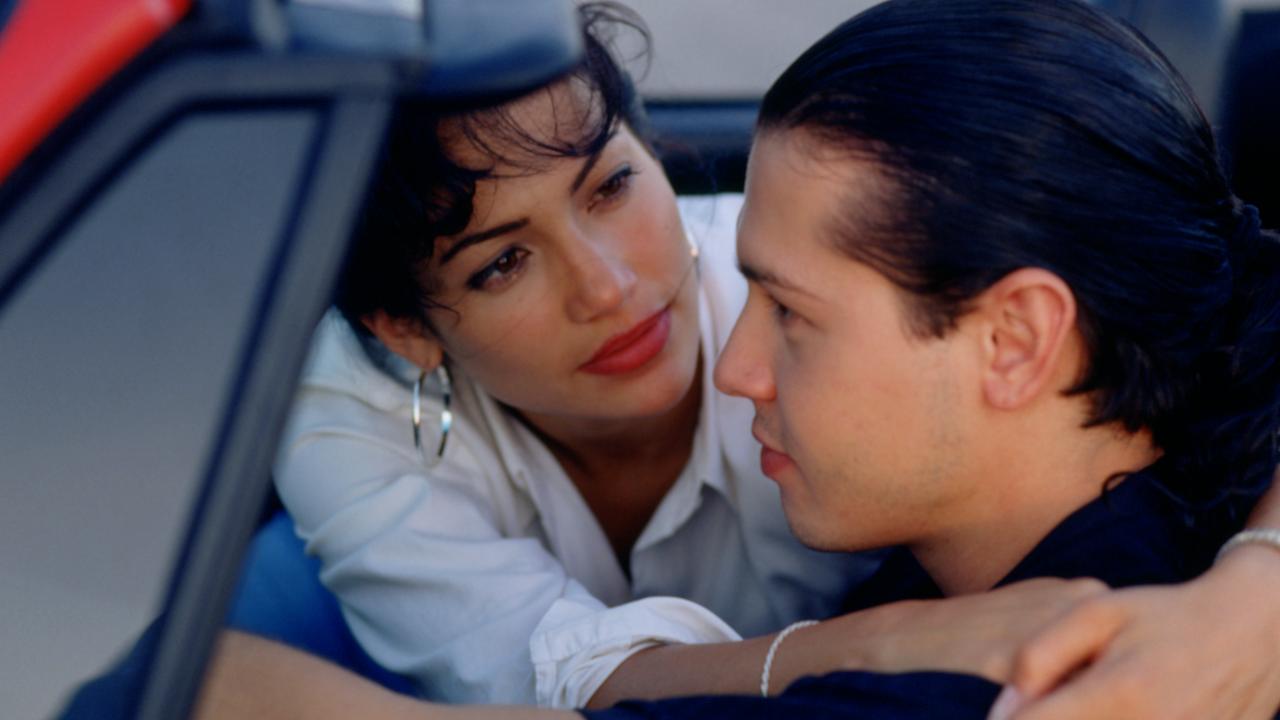