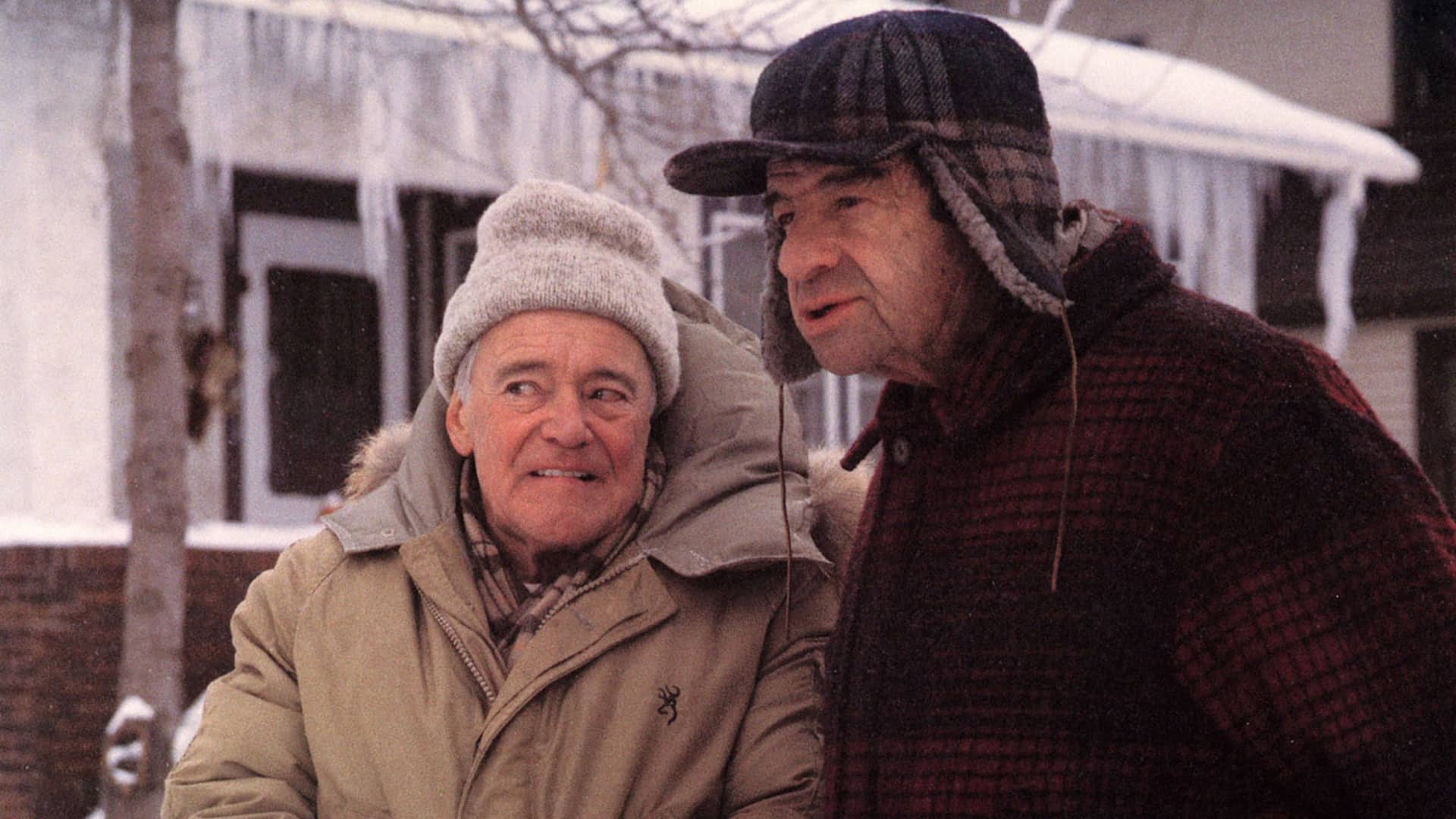 Thanksgiving brings about feelings that some seem to hold in for years, bottling up inside and waiting for the right time to throw out into the world and onto unsuspecting family members. I myself hear stories from friends dealing with drunk uncles saying things that shouldn’t be said and family members who claim to be laid-back but end up being super uptight about the most mundane things. It’s no wonder that, between hearing these stories and thinking about my past experiences at family gatherings, certain movies popped in my head featuring dysfunctional families working through their issues so they could be happy together during the holidays. Families of all shapes and sizes. From best friends and neighbors to sad, lonely travelers looking for friendship during their long treks home or even soon-to-be stepfathers and stepsons traveling across the country.

It’s no wonder John Hughes has contributed to not one but two Thanksgiving movies that fit within the little bubble of dysfunctional functional family. He loved to take the anger and frustration of growing up in a dysfunctional family and turn it into comedy gold. So, again, while thinking about all the stories and memories I have, I thought I would bring up some quality time movies most of you all could watch with the family. Maybe you’ll realize, in the end, that sometimes it’s okay to be a little dysfunctional. 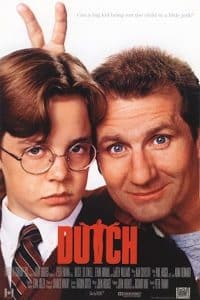 Dutch Dooley is your typical blue collar construction worker who finds himself at odds with his new squeeze’s son, a spoiled little rich boy who is given everything by his inattentive father. The movie follows the ups and downs of Dutch trying his best to give his future stepson, Doyle, a bit of an adventure. At times, Dutch can be rough, but the love and affection he shows Doyle while trying to teach him how life can be tough for those without privilege leads to heartwarming moments of justifiable tit-for-tat run-ins with all sorts of characters — like truckers, grifters, and out-of-work families. Dutch takes these moments to teach Doyle lessons in good, old-fashioned, John Hughes-y ways that pull laughs out of awkward situations and even give way for Ed O’Neill to flex his acting chops outside of Married… with Children’s Al Bundy. (Fun fact: later in Ed O’Neill and Ethan Embry’s careers, they were reunited in a Dragnet reboot, which was an interesting full-circle moment to me.)

I see Dutch as a movie that touches on the themes of the working-class struggles experienced by those who worked in both rural and urban based areas — where folks like Dutch would have to work themselves to the bone in order to make ends meet while Doyle sits back and is taken care of his whole life. Despite some of the by-the-numbers scripting and the basic premise of another John Hughes movie that was made a few year prior, Dutch is a great cult classic that I think many would enjoy, especially if you’re a fan of Hughes’ work and movies focusing on the working class. 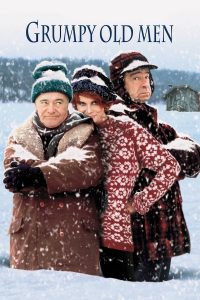 A classic for some and a blunt rip-off for others, Grumpy Old Men takes the chemistry that was surefire gold between Walter Matthau and Jack Lemmon and kicks it up a notch in a spiritual successor to The Odd Couple. This movie sees Matthau and Lemmon playing neighbors Max Goldman and John Gustafson, two “grumpy old men” who have known each other for years. During the holiday season, they fight and bicker over the affection of a new neighbor, Ariel Truax, who was recently widowed. Pulling pranks and undermining each other’s attempts to win Ariel’s affection leads to the men realizing how much they care about each other and brings forth a family dynamic that most older folks end up building when they are put together in situations where they can benefit each other emotionally and mentally.

Grumpy Old Men was a favorite of my father’s. I included it in hope that some of my fellow millennials whose baby boomer parents grew up watching Lemmon and Matthau as kids can share the same happy memories that I did, sitting with my dad and watching the movie around Thanksgiving time. Those moments brought my dad and me together every year when we would pop on the movie. It was through this Thanksgiving ritual that my father and I bonded over Matthau and Lemmon’s antics. Grumpy Old Men fits right in with the older crowd that can relate to getting old and feeling one’s age, while the younger crowd can have their cake and eat it too with the dirty jokes and the funny zingers. Grumpy Old Men is a classic in my eyes when it comes to Thanksgiving comedies, and it’s a staple for me when it comes to wanting to feel good about the past and not think about the present or overthink the future. 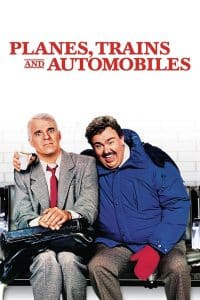 I was a latecomer to Planes, Trains and Automobiles. I wish I had come across it sooner than I did, since I am a big John Candy and Steve Martin fan, but I just never got around to wathcing it until later in my life. Now that I’ve added it to my yearly watches, I can also include it in this list as a favorite of mine. Planes, Trains and Automobiles is the story of two men just trying to get home for Thanksgiving — or so it seems. Martin and Candy have some incredible chemistry together, thanks to Martin channeling his inner white collar snob as he battles Candy’s hard-working traveling businessman. While they try their best to get along through their travels across the states, Neal (Martin) begins to loathe Del’s (Candy) trying his damnedest to be a nice guy. At the end of it all, though, some realizations are made, which leads to one of my favorite montages.

Needless to say, this is a true classic of the holiday movie canon, which I’m glad has become the staple for most Thanksgiving-loving folks who want to put a movie on in the background that isn’t a Charlie Brown special or Macy’s Thanksgiving Day Parade. It being another John Hughes film contributes to the man’s legacy as the king of holiday movies, which I feel is a hard crown to take due to Hughes’ other movies. With its explicitly Thanksgiving-time setting and humorously touching story, it goes without saying that Planes, Trains and Automobiles stands tall as one of the holiday’s major films. 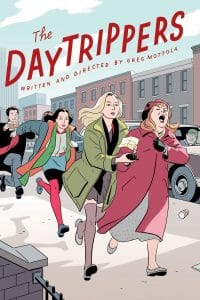 This is a goofier, more “arthouse” road comedy compared to the more mainstream sensibilities of the rest of the films here. However, I feel that The Daytrippers needs its moment in the spotlight next to the likes of Planes, Trains and Automobiles or, say, A Charlie Brown Thanksgiving. The movie plays out in a mad spiral as we watch Eliza and her family try their best to hunt down and corner Louis, plays Eliza’s cheating husband. The run around town and antics take place the day after Thanksgiving as they make their way across Long Island, looking for Louis after Eliza finds a love letter written to him by a mystery lover. The ups and downs of this wild goose chase across the city lead to moments of clarity for Eliza, her sister Jo, and Jo’s live-in boyfriend Carl as they come to terms with their relationships, family ties, and their life choices.

Stanley Tucci may have a relatively small part as Louis in this movie, but his presence is felt through every frame. The Daytrippers ends up being a somewhat bittersweet tale of letting things go and trying to forgive and forget in an effort to move on and live out our lives with no hang-ups and nothing dragging us down as we try and find our way through the mess that is life. I feel like The Daytrippers is perfect for those families who love to sit down and watch dramas together and laugh at some of the more unique situations that come from being a family of older siblings and no children. 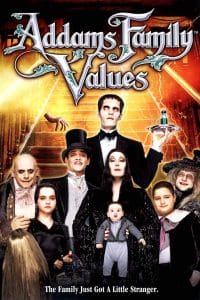 Last but surely not least, one of the many exceptions to the rule that terrible sequels come after a banger first film. Addams Family Values kicks the door down on the terrible twos slump by being a great sequel that takes things to the next level with the craziness that should have been in the most recent animated Addams Family movies. Picking up where things left off from the first one, Addams Family Values opens with the Addams’ being happy to have Uncle Fester back and settling in with their long-lost family member, but as soon as they get him back, they lose him just as quickly to Debbie, a crazy black widow type who hopes to drain Fester of his family wealth. On top of all that, Morticia and Gomez have a new baby on the way, which causes strife in the family between soon-to-be older siblings Pugsley and Wednesday. All this mess is then thrown even further into disarray as Debbie tries her best to break the family apart by trying to “normalize” them, which leads the Addams to become more of a typical family unit from the suburban hellscape that is modern America.

The ending of the movie starts off with a fantastic and macabre take on the traditional Thanksgiving play that Pugsley and Wednesday destroy while at summer camp. One of my favorite movies that shows what should have happened during “the first Thanksgiving,” Addams Family Values should be up there with Die Hard and Maniac Cop as one of the best holiday movies you should watch with your family if you all are a bunch of weirdos who love to see crazy madness unfold on the big screen.

I hope these movies give you a chance to relax and unwind with your family. I’m probably going to force my family to watch at least Addams Family Values so we can all get a kick out of seeing the chaos that sometimes emulates our own family madness.
Facebook
Twitter
LinkedIn