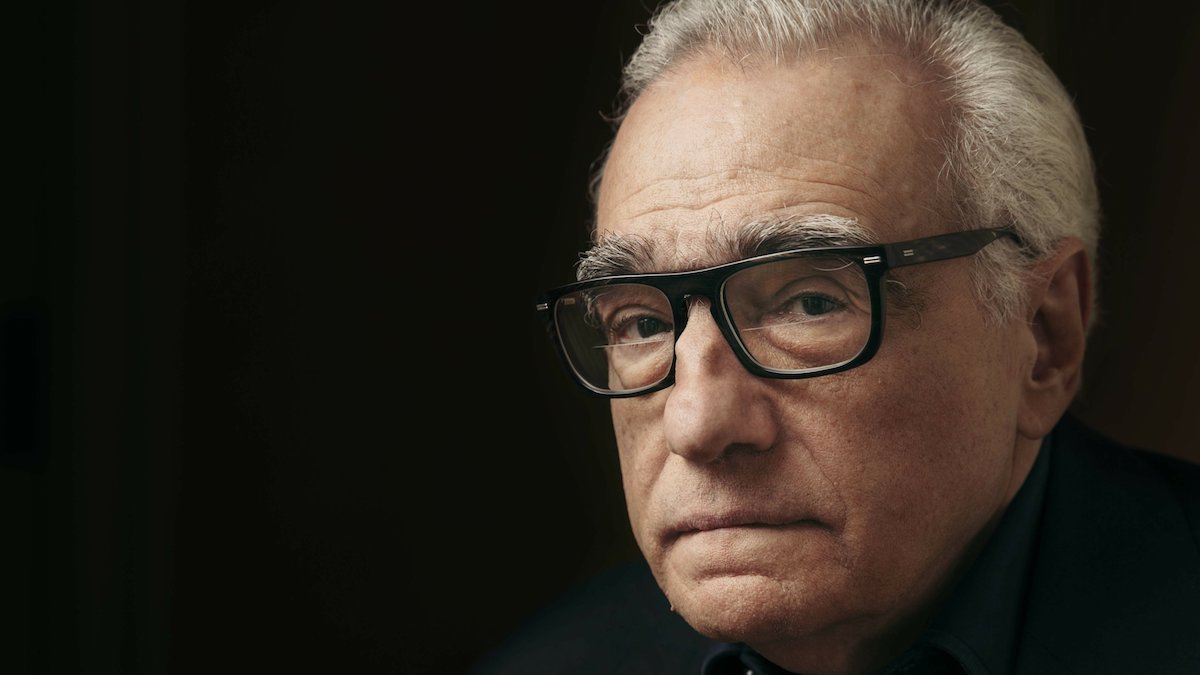 With the limited theatrical release of the highly-anticipated new Netflix film The Irishman coming up, we proudly pay homage to one of the most accomplished directors in all of cinematic history, Martin Scorsese.

Scorsese owes his raw yet sophisticated film style to a multitude of film and personal influences, among them the Golden Age of Hollywood, French New Wave, his Italian heritage, Catholicism, and close attention to detail. He creates flawed but relatable characters trying to survive in a world that can be as loving as it is cruel. A typical Scorsese film is an homage to classic film but featuring twists like realistic stories and experimental techniques.

As such, it’s an honor and privilege to screen not only The Irishman but four other cinematic masterpieces from Scorsese as part of our month-long celebration of his work.

The wait is finally over for Scorsese’s long-awaited gangster epic, The Irishman!

This biographical crime thriller follows Frank Sheeran as he recalls his past years working for the Bufalino crime family. Now older, the WWII veteran once again reflects on his biggest hits and considers his involvement with one of the country’s most enduring mysteries, the disappearance of his good friend Jimmy Hoffa in 1975.

Brace yourself for Raging Bull, a hard-hitting biopic about champion boxer Jake LaMotta.

Before his brief reign in the 1940s boxing world, LaMotta had two lessons he learned early in life: to steal and to fight. Channeling this tough upbringing into the ring, LaMotta directs his deep-seated anxieties and emotional fears into a visceral aggression towards his opponents. His violence and rage lead him to the top as a prizefighter but that same temper ultimately destroys his life outside the ring.

Catch the next cab to Taxi Driver, Scorsese’s exploration of alienation and toxic masculinity.

Based on a screenplay by Paul Schrader (Raging Bull), the movie follows Travis Bickle (Robert De Niro), a Vietnam veteran and loner who takes an overnight cab driving job to deal with his insomnia. Over a short period of time he comes in contact with a local politician running for office, a beautiful woman working for his campaign, and a young girl who is forced into prostitution. These interactions and Travis’ growing paranoia build toward a startling conclusion of urban violence.

Rupert Pupkin (De Niro) dreams of being a stand-up comedian and thinks his big break has come at last when he meets with the famous talk show host Jerry Langford (Jerry Lewis). When numerous attempts to get on Langford’s show fail however, Rupert becomes increasingly desperate and resorts to extreme tactics to get the validation he thinks he deserves.

Bolstered by a talented supporting cast, De Niro creates an unnerving portrait of the effects of loneliness on a deranged mind.

Grab some wise guys and catch Goodfellas, playing in celebration of the film’s 29th anniversary!

Based on the unbelievable true story of the rise and fall of Henry Hill, the film documents the notorious mobster’s life from childhood onward. Despite being half-Irish, Henry ingratiates himself to the local Italian mafia and rises through its ranks. After leading the largest cash robbery on American soil, he becomes reckless and his friends turn against him. With both the FBI and his fellow mobsters after him, the question facing Henry is should he snitch or face the business end of the barrel?