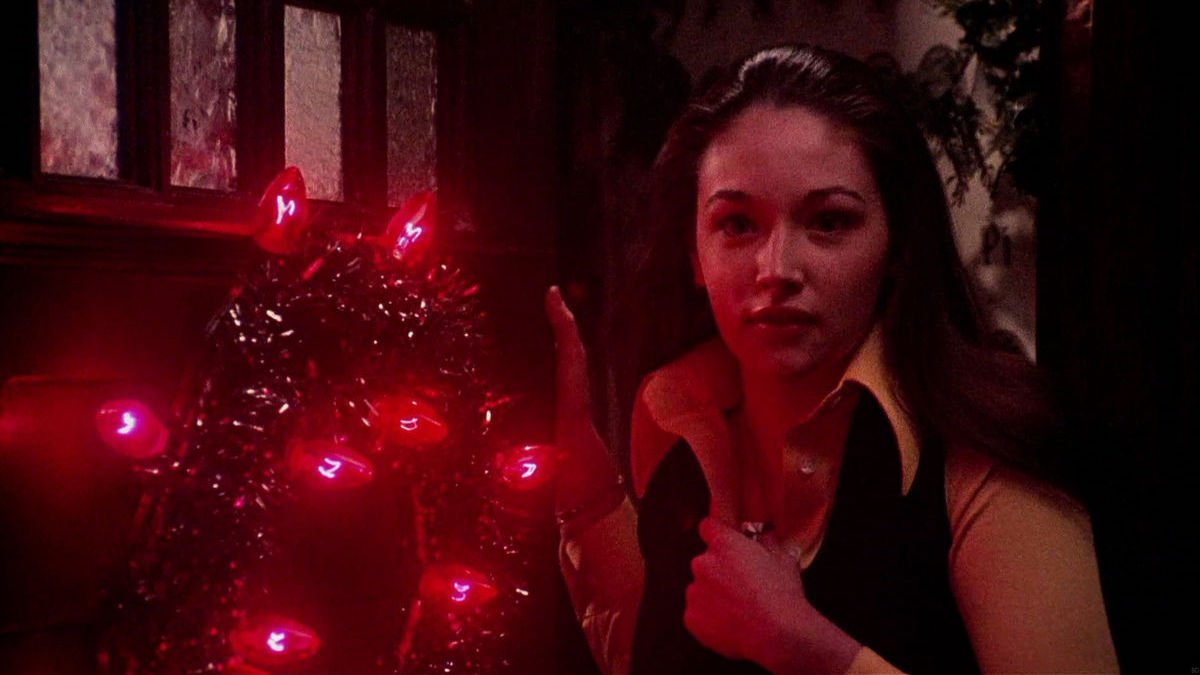 Every holiday season, one can’t help but look forward to the movies that make the season special. Whether it’s a film from our childhood or a recently discovered gem, these movies make us feel like it really is the most wonderful time of the year. The writers of The Frida Cinema have put together a list of our favorite Christmas films, including movies that deal directly with the holiday or ones that are simply set during Christmas. Regardless of which category they fall into, they make our holiday season that much merrier!

Trevor Dillon: Four years before the release of John Carpenter’s horror phenomenon Halloween, Bob Clark (Porky’s, A Christmas Story) quietly made the first great slasher movie with the original Black Christmas. Awesome performances from Margot Kidder and Olivia Hussey are among the best that the genre has ever produced, but it’s Clark’s steady hand behind the camera and ability to create atmosphere (with help from the holiday season setting) that steals the show. Also, the idea of phone calls from the killer (a trope that would be used throughout the 70s and 80s) is played to perfection here. This one still gets under my skin almost fifty years later.

Isa Bulnes-Shaw: The Nightmare Before Christmas is my favorite movie period, so I don’t think of it as a Christmastime film per se. Olive, the Other Reindeer, however, is an obscure holiday special close to my heart that just oozes Christmas through and through. It’s about a dog named Olive who loves Christmas but feels out of place. When Santa reveals Blitzen is injured, he announces that Christmas might have to rely on “all of the other reindeer”, which she mishears as “Olive, the other reindeer”. Convinced that she’s actually a reindeer and that Santa needs her help, she journeys to the North Pole with a con-artist penguin named Martini and evading a Christmas-hating mailman determined to thwart her mission.

I watched it at least once every year ever since I can remember – I still remember all the songs despite not having seen it in a few years! Just looking at stills from it makes me nostalgic, taking me back to childhood Christmas seasons and reminding me of other beloved cartoon specials: SpongeBob, PowerPuff Girls, Fairly OddParents, Animaniacs, the list goes on!

What always stood out to me most was the art style, which I can now appreciate fully knowing that it’s actually three-dimensional CGI made to look identical to the unique illustrations of the picture book it’s based on. It’s also awesome to know that Matt Groening and Drew Barrymore produced as well as lent their voices to the film. The thing is wholesome on the purest level with a genuine spirit that makes me feel cozy and warm.

Adrienne Reese: While I know that Jingle All the Way is considered a bad movie, the 8-year-old in me knows in her little untainted heart that it’s the greatest Christmas film of all time! As a child of the 90’s that loved action hero TV shows, this movie understood me, and its portrayal of the capitalist ethos underlying Christmas toy frenzies continues to remind me of the Cabbage Patch Kids and Tickle Me Elmo crazes of my day. Arnie, Sinbad, and Phil Hartman (three actors with some of the best comedic timing in the game) star in the movie and spectacularly commit to their performances amidst the utterly ridiculous hijinks going on around them. If you do not like this movie, it’s because you’re watching it wrong – it’s a reindeer-punching, Santa-fighting, weird movie that is not supposed to be taken seriously.

Its screwball comedic style, cheesy one-liners, and heartfelt drama all come together to make the movie lightning in a Christmas snow globe. When it’s Christmas time, that also means it’s “turbo time” for me!

Atalia Lopez: Sean Baker’s Tangerine is a somewhat unlikely pick for a Christmas movie, but I always find time to watch it during the holidays. Notable for its use of the iPhone 5S for all principal photography, Tangerine is a raw look at the city of Los Angeles from the vantage point of its protagonists, Sin-Dee and Alexandra. The two friends (who are both trans prostitutes of color) reconnect the morning of Christmas Eve after Sin-Dee’s release from a brief stint in jail. When it’s revealed that Sin-Dee’s fiancé and pimp has been cheating on her while she was locked up, Sin-Dee embarks on an odyssey across the city to track down the “other woman” in the space of one day.

With the exception of a few short trips on public transit, the journey shows us the streets up close and we follow the characters as they navigate the city on foot. This reflects the imbalance of power that the women experience through the clear connection between transportation, power, and autonomy: the johns have cars, while the girls do not. Unlike other notable Los Angeles movies like Chinatown, Blade Runner, Sunset Boulevard, etc., the streets are not a blur that pass by in the background but are the domain of these characters.

Reggie Peralta: A lot of words come to mind when one thinks of National Lampoon: “wholesome” isn’t one of them. Yet somehow, National Lampoon’s Christmas Vacation proves to be one of the most wholesome holiday movies of the 80s, if not all time. Not in the sense that there aren’t crude jokes or profanities: there are, but the movie isn’t just a pretext for them to be made. Rather, the film has a surprisingly warm tone that contrasts with the mean-spiritedness you might expect from a Christmas comedy aimed at adults.

This is thanks in no small part to the dynamic between Clark and Ellen Griswold. Played by Chevy Chase as an everyman constantly pushed to his breaking point, Clark is a hero for the modern age while Beverly D’Angelo is a fitting foil as the supremely supportive Ellen, effortlessly defusing her husband’s rants and outbursts and standing by him as he tries to put on the best Christmas yet. The perfect blend of sentiment and satire, Christmas Vacation makes for hilarious, highly rewatchable viewing.

Babes in Toyland (aka March of The Wooden Soldiers) (1934)

Justina Bonilla: Among all the magical Christmas films that give me a warm and fuzzy feeling, my favorite is legendary comedic duo Laurel and Hardy’s musical comedy Babes in Toyland. Based on the 1903 operetta of the same name, the operetta gave life to the beloved Christmas songs “Toyland” and “March of the Toy Solders”. Other adaptations were made over the years such as Disney’s 1961 version starring Annette Funicello and a 1986 production featuring then-child stars Drew Barrymore and Keanu Reeves, but none speak to me the way the original does.

Babes in Toyland follows goofy toymakers Ollie De (Hardy) and Stanley Dum (Laurel), who live in Toyland with their sister Little Bo-peep and their mother Widow Peep. Though Bo-Peep is in love and engaged to Tom-Tom, the greedy and shrewd Barnaby wants Bo-Peep for himself. Despite Barnaby’s dastardly attempts to force Bo-Peep to marry him, he is outsmarted by the screwball antics of Laurel and Hardy and resorts to summoning the monsters of Bogeyland to attack Toyland. It ends up falling up to our two unlikely heroes to save the day.

A fun musical filled with cutting edge special effects, dark fairy tale elements and hilarious slapstick comedy, Babes in Toyland is essential viewing for every Christmas in my home and will be for many years to come.

Sean Woodard: Based on a true story, Joyeux Noël focuses on the ceasefire between French, Scottish, and German forces on the Western Front on Christmas Eve in 1914. I believe one of the film’s strengths is the filmmaker’s choice to have each actor speak their native language rather than dub them. This language barrier makes the eventual bond over music and celebrating Mass more impactful. The contrast between the camaraderie they share for one day and the consequences the soldiers face following their unofficial truce is heartbreaking. While some may argue that the film is overly sentimental, the film reminds us that the ties that bind us together are stronger than the forces that try to tear them apart.

Sammy Trujillo: Tokyo Godfathers is a lovely holiday film because it takes the common tropes found in Christmas films and turns them on their head. The three wise men in the film are not kings but vagrants living on the streets of Tokyo. They are not royalty but societal outcasts in the form of a trans woman, an alcoholic, and a teen runaway. While most Christmas films have a miracle towards the finale to solve any remaining conflict, Tokyo Godfathers relies heavily on coincidences so unlikely that one must assume divine intervention is at play. Most importantly, the three protagonists have all abandoned their families and instead find comfort and love in the makeshift family to protect each other from the cruel world that mistreats them. It’s a Christmas film that wins over even the biggest of Scrooges like myself!