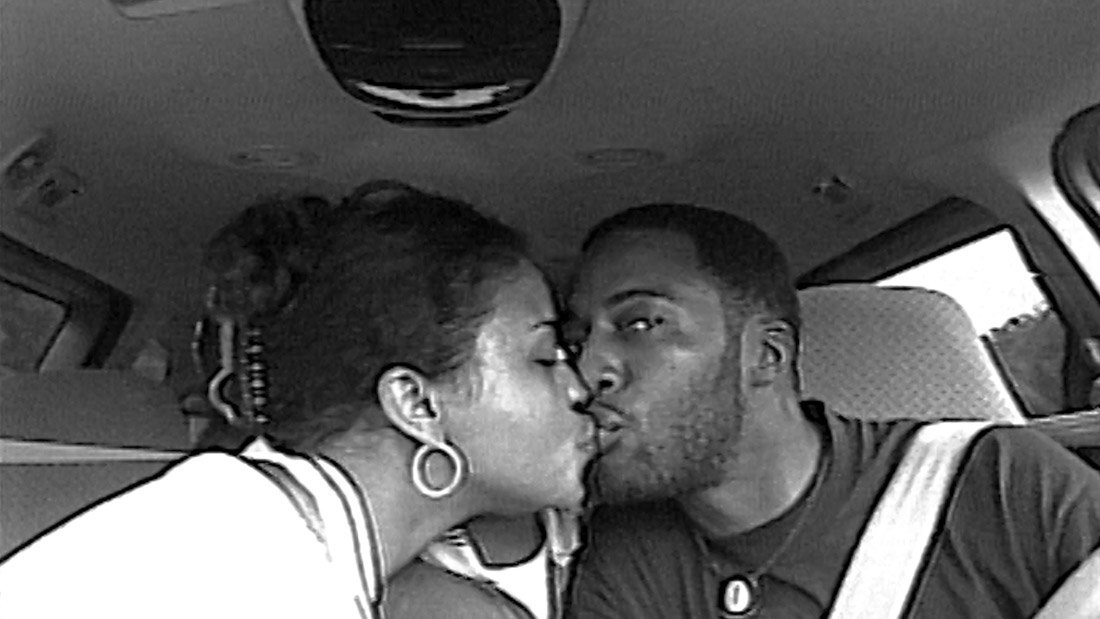 Time: The Film of The Year

Tamika Palmer – the mother of Breonna Taylor, had to drive herself to the offices of the attorney general handling the trial regarding the murder of her daughter – at the hands of three police officers, only to be told that the indictments regarding the officers would only go as far as a first-degree wanton endangerment; charging only one of the three involved. Reportedly, Palmer had received warnings in advance from her family’s attorney not to drive her way down, as if the answer was known before even being given. And just days prior to the indictment, the mayor of Louisville, Kentucky declared a state of emergency, only to be in the wake of a decision in which the ones responsible for making it knew would spark outrage. The kind that never went away in the first place. It had been one-hundred-and-ninety-four days since the officers broke into Breonna’s home in the middle of the night; investigating for an alleged drug bust and leaving her with six gunshots. She was a medical worker. She was 26 years old. She was asleep.

As I type these words, the now-global Black Lives Matter protests that have gained newfound prominence with the murder of George Floyd have reignited because of this decision, if solely from the perspective of the media. But if you happen to know the proper outlets, you would know that the fire had never even dampened. The anger that could have sprouted from any various occurrence of racial injustice that certainly isn’t limited to 2020 – as much as it is to even centuries before, has swelled into a rage that has, and will only continue to seethe. Only until as long as the systems responsible – in which their inherent foundation of white supremacy can never be undone, cease existing. It’s right around here where I feel inclined to acknowledge my privilege as a white person writing about this subject. I have, am, and will continue to spend a very long time learning and unlearning. There will never be a point to where I feel as if I’ve been educated to the highest possible degree, but there will always time to listen, and there will always time to understand what you haven’t before; even if it involves such a topic that can only allow for the most difficult of discussion. Though as needless as it may be to say, to be difficult is to often be equally as necessary. I now write these words as if this is the only platform I can use to write about a film that has enough power to where I can feel it in my bones that there won’t be a better film not just this year, but for this year, and the ones preceding it. It may just have enough power to help prevent it from applying to the years that follow.

In 2017, director Garrett Bradley released a documentary short for the New York Times titled ‘Alone’. In thirteen minutes, Bradley tells the story of Aloné Watts – a single mother in her 20’s who is caught in the midst of a devastating situation in whether to marry Desmond Watson, her Black partner facing mass incarceration. During the making of the film, Bradley met a woman named Sibil Fox Richardson – aka Fox Rich, who at the time had her husband Robert in a nearly parallel situation. In 1997, Fox and her husband were arrested for bank robbery, with Fox sentenced to nineteen years but serving three – a number made even more minimal so by her own husband’s. Robert was given sixty years, with boldly no chance of parole or probation. But as soon as Fox was released, that lack of chance was rendered meaningless. Fox was left a mother of six children – including two twins named Freedom and Justus, who as time went on, would grow to have a resilience that mirrored the woman who raised them, fighting over two decades for her husband’s freedom. Twenty years into Rob’s sentence, Bradley took to feature length to tell their story, and as its title would convey simply but perfectly, it’s about Time.

A documentary filmed in stark black-and-white, Bradley adopts the same format as she did on Alone, but as a feature would entail, she expands it in a way that’s purely natural; enough to where the more intimately we delve into Rich’s story, the more universal it becomes. Being able to walk such a delicate line between that drastic contrast makes it seem as if Bradley has been honing this skill over a vast career of features, and then nothing but awe comes when you realize this is only her third film. You couldn’t even begin to imagine what the future beholds in the works that will hopefully follow. During the making of Alone, Bradley was given a hundred hours worth of mini-DV footage of Fox and her family; spanning as early as her eldest son being merely an infant. The film starts at this early point, but the chronology isn’t a gradual slope. Bradley gives the film something far more non-linear, fluctuating back-and-forth between grainy home video footage and crisp digital footage of present-day, but the black-and-white helps to provide a thread running through each moment that renders the passage of time as nothing but a faint breeze. But at just the right moments – through scathing dialogues directly calling for defunding of the system responsible for cheating Black people out of their families, and the tearful voices of family members who can only acknowledge the unfairness of that system before ever being able to actually fight for it, the reality of time’s passing comes like a splash of ice water to the face.

In just 81 minutes, Bradley spins an epic’s worth of contrasts. She creates a film as loving of its subjects as it is damning of the prison industrial complex. It is as minimally contained as it is bountiful with empathy for the countless amount of others who face similar treatment. It is as lively as it is angry. But these qualities never detract from how Bradley keeps focus on each member of the family. The stories of Fox’s children become nearly as known as her’s, where it becomes further clear how she had spent two decades preparing them to get past the point where she herself struggled. Through their goal in lessening the sentence of a father they spent their youth without, the blossoming of their strength becomes abundantly known. But at the same time, Bradley makes it equally as clear that the film is not about their resilience. Fox and her family do not need to be reminded of their strength. You can tell from the way Fox is put on hold by the offices in charge of her husband’s case that this has reoccured far enough times for her to not have patience. She waits, and we wait with her, until she is told that there is nothing new to report. She responds with sincerity, but only until the moment she breaks when getting the same response later on in the film. It is sudden burst of emotion that dismantles the kept-together demeanor Rich had established from the start, revealing only a woman in pain; who only seeks escape from it.

Time is a film that captures the world surrounding us in a way that’s above all painterly. Bradley and editor Gabriel Rhodes often use natural earth to transition between specific moments in time. A camera soaring from rocky terrain and into the vast darkness of a forest with leafless trees. The passing of monochromatic clouds. These transitions are simple, but their significance in conveying the easiness of time’s flow is anything but. The magnitude felt by the sight of Fox’s children as their maturation into near-adults occurs in the length of a single cut is only made staggering because we know how much this story spans. And yet the system keeping Robert away from his family has stayed as fundamentally fixed and biased as it’s always been. The amount of years should allow for hopelessness and pain to be our only leanings, but Fox knows better, and by the time her children share the same sentiment, we are encouraged to know better as well. We are always made aware in different ways of how the flow of Earth’s movement can never shift, and yet somehow, Garrett Bradley simply manages to do so in a finale that cements the film’s weight as incalculable. Echoing an ending such as the one from Come and See would inherently indicate it’s done in a way that’s just as powerful, to which it very much is. But Bradley unloads the emotion in a far different way. As we literally look back on the journey of this family – the motion of each sequence shifted, there is no single feeling to capture. Only a multitude, as pathos comes through suddenly witnessing young adults shrink back into unknowing infants. The pain of seeing a loving husband, free with his most golden years ahead, well before his trapping. The love that has somehow grown in the undoing of time itself. Showing that above the surfaces of rage and loss, of despair and frustration, is the codependency between two people. Against every conceivable odd, love is a thing still possible.

It is purely not enough calling Time the film of the year, unless it’s possible to mean it in a variety of ways. To refer to it as the best of the year is too obvious, but to call it the film that defines the year would do it something closer to justice. Even if the fight against systemic racism (somehow) ends with a sense of finality, it will continue to metastasize in different ways. Racism is rooted in the most foundational grounding of America’s origins, and there is clearly no practical way to even deduce an ounce of its impact. It never lies within one group of people and it never lies within one system. But through the story of a single family, the time they waited, the time they lost, and the time they ultimately felt, in the end is enough power for Bradley’s film to represent so many others who had no choice but to have their lives befallen under similar circumstance. The prison industrial complex is and has always been a broken ideal, and as I write these words, the chances of even more lives becoming ruined under grossly exaggerated sentences and inherent leanings of racial bias are far and away likely. It’s a film that contains love, but only as much as the surplus of emotions beneath the surface. A particular one being a rage that only expands. A rage that stands for the lives no longer with us. A rage that calls for the defunding and dismantling of the systems that control us every day. A rage that does nothing but stare directly back at you. Only seconds pass before you come to a conclusion. To look away would be inhuman.