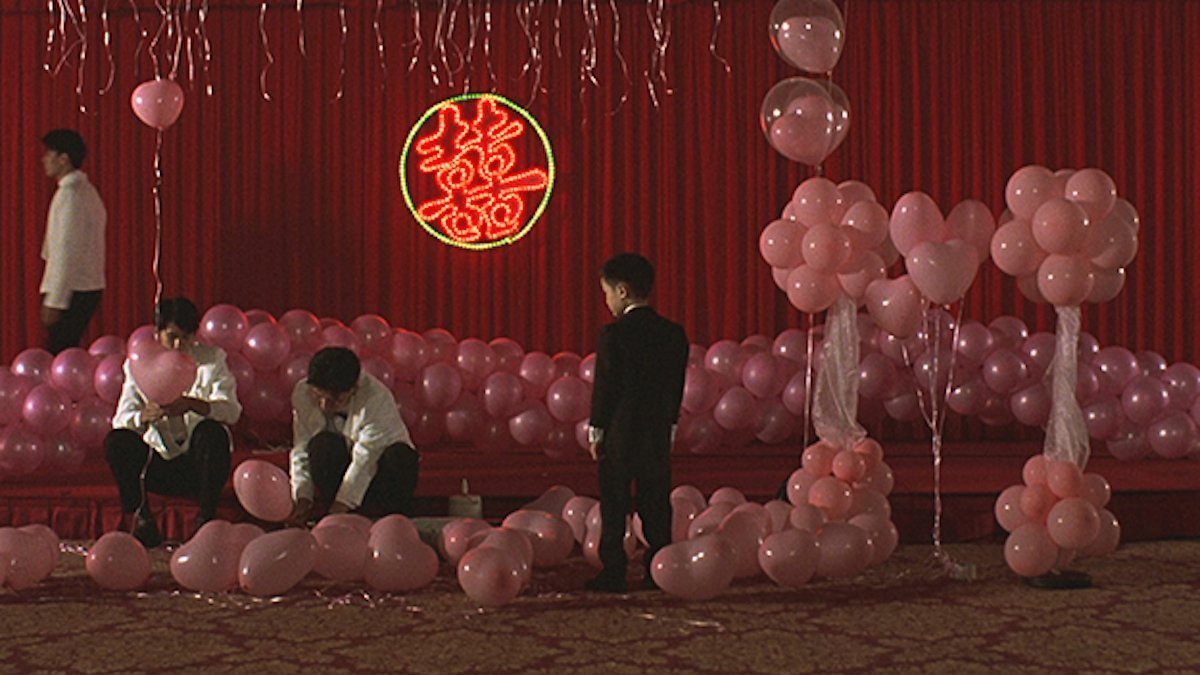 “I can only see what’s in front, not what’s behind. So I can only know half of the truth, right?”

As much as I try to avoid hyperbole these days, it only feels proper for me to claim that Edward Yang’s Yi-Yi is probably the greatest movie ever made. Delving into Yang’s other work the past year has only made Yi-Yi – his final film before his far-too-untimely passing in 2007, feel like it had all led up to this. The Tolstoy-esque scope of A Brighter Summer Day and the beautifully-photographed spaces of Taipei Story and Terrorizers culminating in an endlessly rich tapestry of family life, and the contemplation of the lives within it. I could talk just as endlessly about what I love about it, and I’m already kicking myself for jumping the gun this early into writing about why I love it so much. Perhaps I only do so because as easy as it is to lavish over the film, it’s just as difficult for me to know where exactly to begin with it. So let’s begin elsewhere, because I’m thinking the wave of Taiwanese cinema that the film represents ought to have a far bigger spotlight.

Known officially as the Republic of China, the island of Taiwan has passed from Japanese to Chinese rule over the past century, but the art of cinema had been known to the area since 1901. Adopting the traits of Japanese cinema at the time, Taiwanese film would become more prominent as an exhibition market for Japan, rather than a means for production. But as Taiwan become decolonized and resurfaced from the end of the Chinese civil war between the Republic and the Chinese Communist Party in 1945, the overall production of films in Taiwan began to decline, due to not only lack of interest, but to its Nationalist government’s preference of language as Standard Chinese, as they would openly claim Taiwanese to be too coarse-sounding. Things wouldn’t change until Taiwan’s swift modernization in the 1960’s, as well as its introduction of home video in the early-1980’s, which would see the release of an anthology film titled In Our Time – with one of its four directors being a debuting Edward Yang.

Yang would go on to become a mainstay in what became titled as the New Taiwanese Cinema. Inspired by the Italian neorealism movement, this wave of filmmakers, including Yang, Hou Hsiao-hsien, and Chen Kunhou, emphasized stories rooted in a firm sense of reality of life in Taiwan at the time. These films delved into poverty, the island’s modernization, and the constant authoritarian strife spanning near-decades. These themes would culminate in 1991, with the release of Yang’s A Brighter Summer Day – a four-hour masterwork set in the 1960s, as well as a near-painterly recreation of Yang’s own origins. Widely known as the defining film of this wave, A Brighter Summer Day would go on to inform a second wave of this movement, spanning two decades and allowing legends like Tsai Ming-liang and Ang Lee to make their debuting marks in the 1990s. Throughout the 2000s, other Taiwanese filmmakers used films by these artists as inspiration to create works that would go on to embrace subject matter that would’ve been prone to easy censorship by its government just years earlier. To say that a guiding motif of this movement would be something akin to radicalism or revolution wouldn’t be too far of a stretch.

So what makes Yi-Yi – a reserved, gently-told epic of a normal middle-class Taipei family existing over a year, more effective of a work to me? The answer is really simply in the description I just used. Its power is the modesty within every single second of its 173 minutes. Yang’s crafting of compositions – with actions shown through reflections of glass, the frames of doorways & windows, and the vastest of distances, has gone unparalleled in its twenty years of release. It’s merely the work of someone so in-tune with his surroundings and creation of characters, with authenticity that branches them so far-outside the screen that you’re well-likely to observe your neighbors with the same   thoughtful perception that the fictional Jian family provide for the people around them. Yang shows such an endless surplus of confidence in the story of Yi-Yi that you almost have no choice but to label it the work of a master, and although it was made well-before his passing, watching it now cannot help but provide me with the notion that Yang knew this was the end of the road for him as an artist. After all, what’s left to explore after something with this grand of a scope?

I couldn’t possibly feel the need to use a synopsis to sell a film like this. To me, the essential method of viewing Yi-Yi is to go in cold, in front of the biggest screen and darkest room you have access to, and simply let it wash over you. But I’d like to cap this post off by devoting it to who I personally believe is the core character of this film. And while Yang provides enough care and coverage for each individual member of this family, I can’t help but lean closest, in terms of general empathy, to eight-year-old Yang-Yang – played by Jonathan Chang, who rivals Haley Joel Osment in A.I. as the single best child performance of its decade of release. Yang- Yang spends a portion of the film being isolated due to belittling by distant family, as least whenever it isn’t by his classmates and temperamental schoolteacher. But over time he develops an interest in photography, and it’s here in which Yang-Yang gradually reveals a personality so ceaselessly rich in perception and curiosity, yet it never feels like a surrogate for director Yang himself. This kind of awareness could only come from a kid this age, so willing to deepen his understanding of the world that he leaves school grounds to get film developed. He goes through these tasks alone, but his isolation never gets in the way of completing them, even if the tasks are as arbitrary as photographing the back of the heads of those around him. Why does he? So they can simply see the other side of the truth. Not only is this made far more significant by Yang- Yang being as young as he is, but it is also the most prominent trait of Yang’s exploration of what it means to use filmmaking as a mode of storytelling. It guides us back to the foundational elements of why we picked up a camera in the first place, yet it propels us further into understanding why movies will only become more essential with time. Over far above a millennium, we’ve been given an endless amount of different perspectives to get lost in, and it’s with Yi-Yi that Edward Yang, whether he knew it or not, completed his trek in conveying that message all throughout his career, and in an infinite amount of ways. The only way to come out of a film like Yi-Yi is to come out as someone different than the one who came in.

“My uncle says we live three times as long since man invented movies.”

“It means movies give us twice of what we get from daily life.”