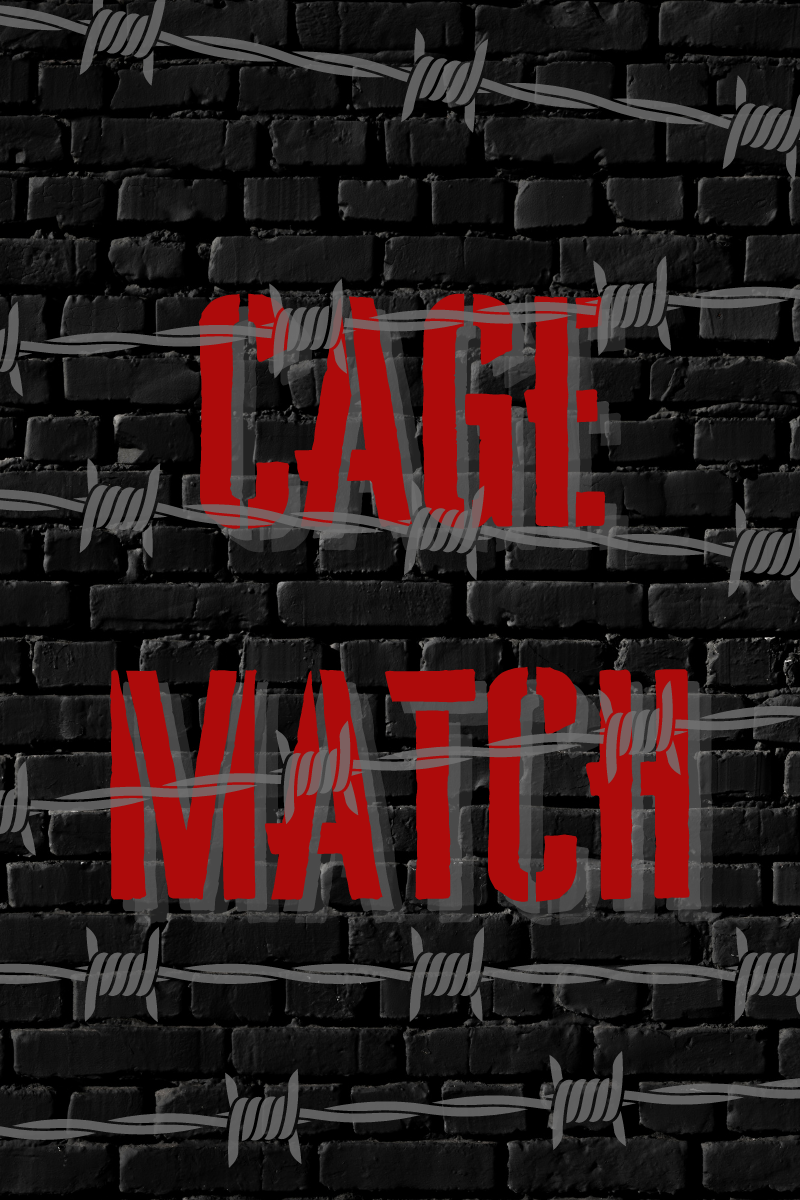 Join us every last weekend in 2022 for Cage Match! Cage Match is a no-holds-barred movie tournament that will bring you sixteen films starring Nicolas Cage. Every month, we will pair up two Cage classics against each other — whichever film sells more tickets will move on to the next round. There will be a round of sweet sixteen, elite eight, final four, and then the Cage Match championship!

It will be up to The Frida Cinema’s audience to determine which film ultimately reigns victorious!

May the most Cagey movie win!

FBI chemical warfare expert Stanley Goodspeed (Cage) is sent on an urgent mission with a former British spy, John Patrick Mason (Sean Connery), to stop Gen. Francis X. Hummel (Ed Harris) from launching chemical weapons on Alcatraz Island into San Francisco. Gen. Hummel demands $100 million in war reparations to be paid to the families of slain servicemen who died on covert operations. After their SEAL team is wiped out, Stanley and John deal with the soldiers on their own.

A remake of the iconic 1973 film by Robin Hardy, Cage stars as Edward Malus, a sheriff investigating the disappearance of a young girl. Traveling to the island where she was last seen, he is surprised to learn that it’s home to an all-female, neopagan cult who seem curiously nonchalant about the disappearance. Disturbed but determined, Edward dives deeper into the mystery and the strange community it’s unfolding in.

Widow Loretta Castorini likes her new fiancé, Johnny. She doesn’t love him, but she’s committed to marrying him anyway. Believing that her first marriage was cursed by her disregard for tradition, she’s determined to play it safe this time around. Before Johnny leaves to visit his mother in Sicily, he tasks Loretta with inviting Ronny, his estranged brother and an amputee biker, to their wedding. Unbeknownst to her, Loretta’s about to fall in love with life again.

Cynical screenwriter Charlie Kaufman (Cage) is experiencing writer’s block while attempting to adapt Susan Orlean’s nonfiction novel, “The Orchid Thief” into a film. Unable to find a proper way to honor the book’s prosaic writing style, Charlie reaches out to Susan Orlean herself (Meryl Streep) for her thoughts on his highly conceptual take on the material. Meanwhile, Charlie’s twin brother Donald (also Cage) moves in with Charlie, and follows in his footsteps to write a screenplay of his own.

Based on the semi-autobiographical 1990 novel by the same name, Nicolas Cage stars as a suicidal alcoholic meandering through Los Angeles until the loss of his job and the destruction of his family prompts him to flee to Las Vegas in an intoxicated stupor. Once there, he falls in love with a hardened prostitute played by Elisabeth Shue. The two begin a tumultuous relationship that ends with a bitter, shattering conclusion.

Produced and released between the first two seasons of Twin Peaks, Wild At Heart tells a similarly shocking story about young lovers escaping the clutches of evil in the American heartland. Nicolas Cage stars opposite Laura Dern as the wild couple – Sailor & Luna – who only love music, dancing, and each other. They drive cross country to escape Luna’s wicked mother Marietta Fortune (deliriously played by Dern’s actual mother, Diane Ladd), who hires contract killers to take out Sailor and bring Luna home

Herbert “Hi” McDunnough is a convict who turns his life around and settles down with Ed (short for Edwina), the police officer who takes his mugshot. The two look forward to having a family and raising children but are distraught to learn that Ed is infertile. Determined to live a happy family life, Hi falls back into his old ways and kidnaps baby Nathan Arizona Jr, the son of furniture tycoon Nathan Arizona, and things just get stranger and stranger from there…

Based on the comic series of the same name by Mark Millar, the film follows the (mis)adventures of Dave Lizewski. An unnoticed high school student and comic book fan, Dave one day decides to become a super-hero. Despite having no powers, training or meaningful reason to do so, Dave throws himself into his newly-chosen path and finds himself teaming up with Mindy “Hit Girl” McCready and other vigilantes to take down the local crime family

It’s 1985, and Peggy Sue Bodell (Kathleen Turner) ends up having to bring her daughter to her 25-year high school reunion instead of her unfaithful husband, Charlie (Nicolas Cage). But Peggy Sue quickly becomes overwhelmed and faints: when she awakes, it’s 1960, and she’s in her senior year of high school. Having retained all her memories of her future, Peggy Sue initially resolves to do things differently this time around. But would she really trade her future for something else?

Frank Pierce (Cage) is only one of a surplus of burnt-out paramedics careening through the nocturnal streets of Manhattan. As those who he failed to save haunt the recesses of his mind, he strikes up a relationship with Mary (Patricia Arquette), a former addict, whose father Frank had just barely saved. As he gets closer to Mary and her connections, Frank comes across the spread of a mysterious and lethal narcotic, veering him into a downward spiral at the expense of what little bit of sanity he still has.

Rick Santoro (Cage) is a most flamboyant detective, attending a boxing match with his navy commander best friend (Gary Sinise), who is in charge of escorting the Secretary of Defense after the fight. When a mysterious blonde (Carla Gugino) wearing a ruby ring distracts them, it causes a domino effect of gunfire and casualties that puts everyone in the arena at risk. As the tension builds in the casino where the arena is located, Santoro is forced to take on the task of undoing the murderous conspiracy that’s afoot

Pacific Northwest, 1983 AD. Outsiders Red Miller and Mandy Bloom lead a loving and peaceful existence. When their pine-scented haven is savagely destroyed by a cult led by the sadistic Jeremiah Sand, Red is catapulted into a phantasmagorical journey filled with bloody vengeance, and laced with fire. To delve deeper into the film here would be to risk spoiling many of its surprises…

Cage stars as Peter Loew, a narcissistic literary agent who thinks he may be turning into a vampire after having a one-night stand with Rachel (Jennifer Beals), a woman he picks up at a club. Meanwhile, he splits his time between tormenting a female employee (Maria Conchita Alonso) and feeling dependent on his therapist (Elizabeth Ashley) while being continually haunted by Rachel. But as he becomes increasingly mentally unhinged, the audience is left to wonder: is he actually turning into a vampire or is the whole thing in his mind?

Julie, a girl from the valley, meets Randy, a punk from the city. Despite coming from very, very different worlds and being very, very different people, they find themselves attracted to each other. Yet it’s not only personal differences they’ll need to overcome, as Julie’s trendy, shallow friends won’t make it easy for them…

Cage stars as Cameron Poe, an ex-Army Ranger and recently-paroled convict. As he is being transported on a flight to his newfound freedom, the other passengers on the plane revolt and seize control. Caught in the midst of the chaos, Poe must use his Army training to outmaneuver the rioting prisoners and make it off the plane in one piece.