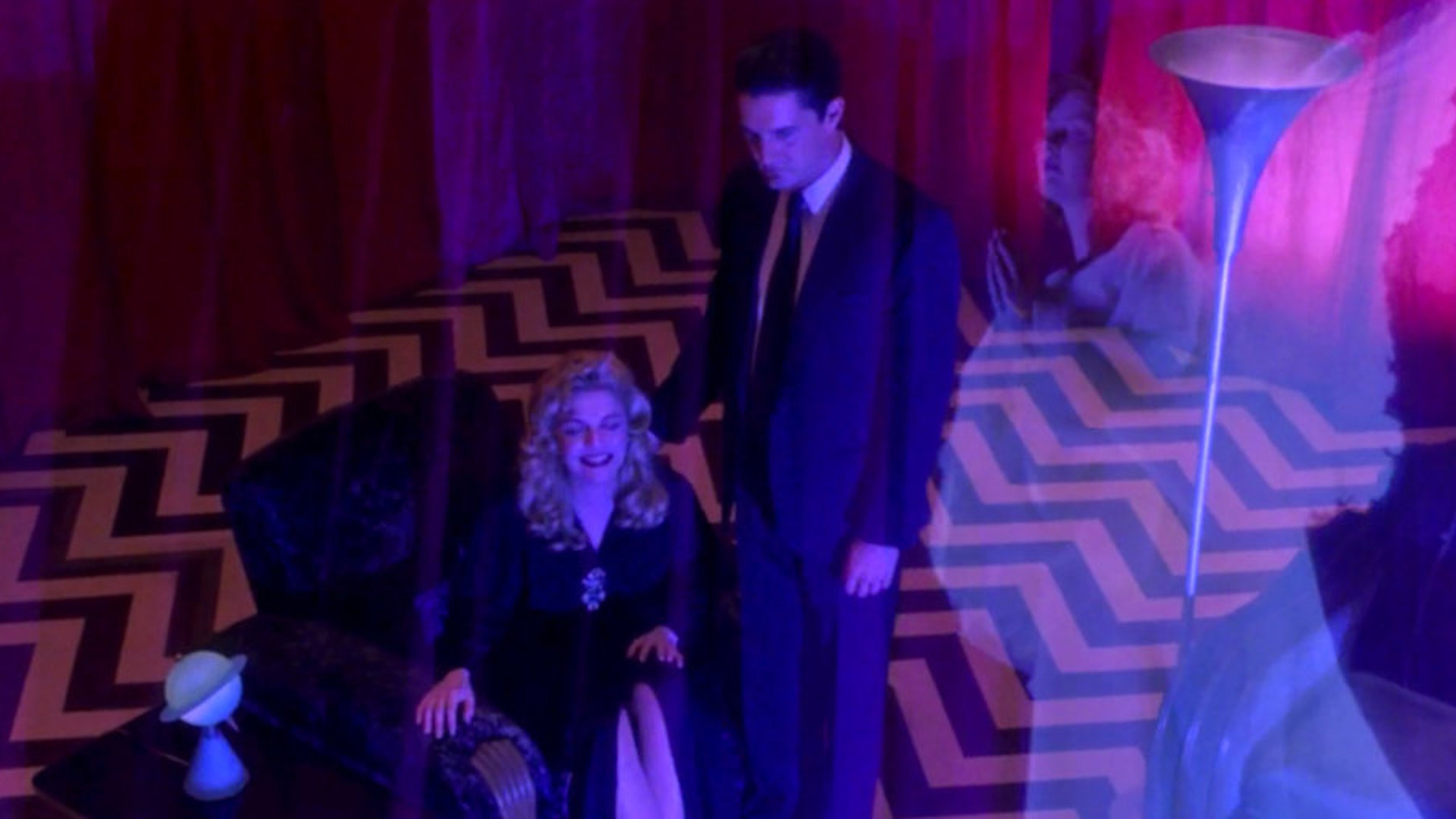 Revisit the singularly strange films of David Lynch with our Lynch Month series! A long-standing favorite at our theater among staff and guests alike, Lynch has become something of an unofficial patron saint of The Frida Cinema. From the nightmarish phantasmagoria of Eraserhead to the enigmatic beauty of Mulholland Drive, his movies have graced our screen many times yet it’s somehow never too soon to see them again. Keeping with the spirit of the series, we will also be hosting Mysteries of Love: A David Lynch Tribute Art Show, displaying art inspired by the works of Lynch in the Frida lobby throughout the month. Grab your tickets at the links below, and we’ll see you in dreams of blue!

Gorgeously designed and captured in lush black-and-white cinematography, The Elephant Man tells the story of Joseph John Merrick (John Hurt). Born with a disfiguring congenital disorder, Merrick has spent his life as a physically and emotionally abused circus sideshow attraction. After a Victorian surgeon (Anthony Hopkins) discovers him, he endeavors to everything he can to help, including introducing Merrick to mainstream society in the hope that he can integrate and discover his humanity and identity.

Bill Pullman stars as Fred Madison, a jazz musician tortured by the notion that his wife Renee is having an affair. After the two begin receiving mysterious videocassettes at their front door which contain increasingly invasive footage of their home, a shocking crime takes place which seemingly unlocks an intersecting narrative – that of Pete Dayton (Balthazar Getty), a young mechanic drawn into a web of deceit when he embarks on an affair with Alice, the alluring girlfriend of vicious gangster Mr. Eddy (Robert Loggia). Linking the two tales visually is that both Renee and Alice are both are played by Patricia Arquette; when links them narratively is one of the many mysterious buried in Lynch’s screenplay, co-written by Wild at Heart novelist Barry Gifford.

In the 11th millennium, Galactic Emperor Shaddam IV (José Ferrer) sends Duke Atreides (Jürgen Prochnow), along with his wife Jessica (Francesca Annis) and son Paul (Kyle MacLachlan), to the desert planet Arrakis where “Melange,” a drug essential for interstellar travel, is produced. Unknown to the Atreides family, the Emperor has formed an alliance with the evil Baron Vladimir Harkonnen (a scene-chewing Kenneth McMillan), and a cruel trap has been set. Having survived the violent sabotage, Paul vows to have his revenge, recruiting the Fremen – the peaceful natives of Arrakis – to wage an epic war against the Duke and Baron, and free the universe from tyranny.

In a film where character and narrative is as essential as its surreal style might suggest they are irrelevant (as is the case in the best of surrealist films), Henry (John Nance) resides alone in a bleak apartment surrounded by industrial gloom. When he discovers that an earlier fling with Mary X (Charlotte Stewart) left her pregnant, he marries the expectant mother and has her move in with him. Things take a decidedly odd turn when the couple’s infant turns out to be…well, one of the more infamous babies to haunt the silver screen…

In the surreal universe of Lynch’s Los Angeles, the city bares its schizophrenic nature, an uneasy blend of innocence and corruption, love and loneliness, beauty and depravity. A woman (Laura Harring) is left with amnesia following a car accident. An aspiring young actress (Naomi Watts, in her career-launching performance) finds her hiding in her aunt’s home. The puzzle begins to unfold, propelling us through a mysterious labyrinth of sensual experiences until we arrive at a singularly Lynchian destination: the intersection of dreams and nightmares.

Nikki (Laura Dern), an actress, takes on a role in a new film, and because her husband (Peter J. Lucas) is very jealous, her co-star Devon (Justin Theroux) gets a warning not to make any romantic overtures — especially since the characters they play are having an affair. Both actors learn that the project is a remake of an unfinished film in which the stars were murdered.

Produced and released between the first two seasons of Twin Peaks, Wild At Heart tells a similarly shocking story about young lovers escaping the clutches of evil in the American heartland. Nicolas Cage stars opposite Laura Dern as the wild couple – Sailor & Luna – who only love music, dancing, and each other. They drive cross country to escape Luna’s wicked mother Marietta Fortune (deliriously played by Dern’s actual mother, Diane Ladd), who hires contract killers to take out Sailor and bring Luna home.