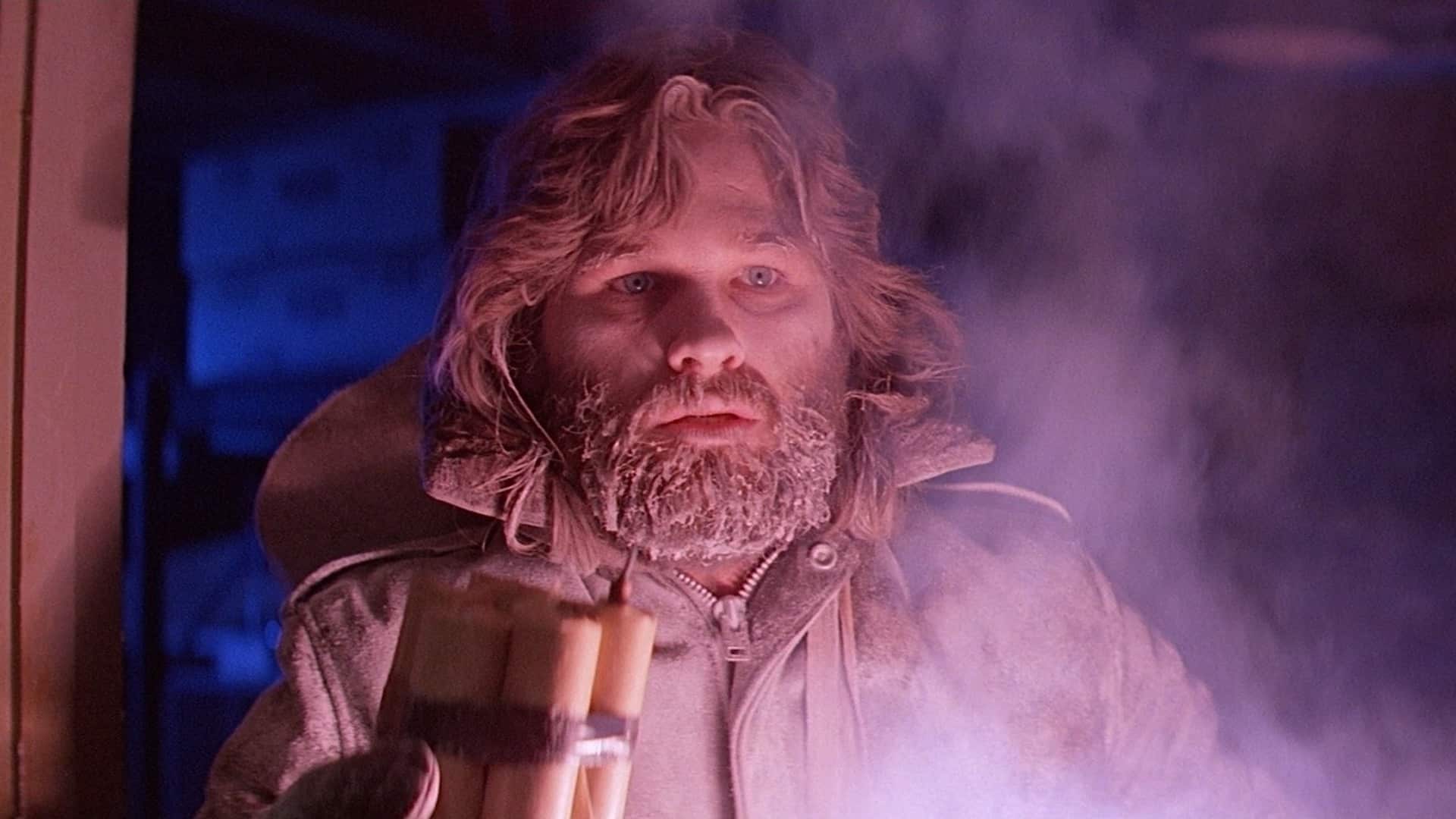 October may be winding down, but the scary fun continues into November with Halloween Hangover Weekend! A motley selection of horror and monster movies, the series brings together slashers, 50s sci-fi, and even some family-friendly fare for the spooky kiddies among us. Whether it’s a John Carpenter classic or a nostalgic 80s movie, the films here are guaranteed to show viewers of all ages a spooky good time!

The Thing from Another World

When scientist Dr. Carrington (Robert Cornthwaite) reports a UFO near his North Pole research base, the Air Force sends in a team under Capt. Patrick Hendry (Kenneth Tobey) to investigate. What they find is a wrecked spaceship and a humanoid creature (James Arness) frozen in the ice. They bring their discovery back to the base, but Carrington and Hendry disagree over what to do with it. Meanwhile, the creature is accidentally thawed and begins wreaking havoc.

While investigating a series of mysterious deaths, Sergeant Ben Peterson (James Whitmore) finds a young girl (Sandy Descher) who is unable to speak. As Peterson joins forces with FBI agent Robert Graham (James Arness) and scientist Dr. Harold Medford (Edmund Gwenn), he discovers that all the incidents are due to giant ants that have been mutated by atomic radiation. Peterson and Graham, with the aid of the military, attempt to find the queen ants and destroy the nests before the danger spreads.

Sean Crenshaw (Andre Gower) is the leader of the Monster Squad, a club of loser-ish pre-teens who venerate the monsters of classic movies. After being given the journal of legendary vampire hunter Abraham Van Helsing (Jack Gwillim), the Squad discovers that not only are monsters indeed real, but they have only a few days to stop the world from falling to the forces of evil. But they have to work fast: Dracula (Duncan Regehr) is bent on world domination, and he’s building a gang of monstrous allies – including the Mummy, the Gill-Man, and the Wolf Man.

In this exhilarating kaleidoscope of paranoia and gruesome special effects, Kurt Russell plays R.J. MacReady, a resourceful helicopter pilot working with a group of American research scientists in remote Antarctica. When the men are disturbed to witness a helicopter shooting at a sled dog, they rescue the animal and take it into their base camp – only to learn all too quickly why the men were so desperate to kill it. After it brutally attacks both fellow canines and human beings alike, the crew discovers that the dog was infested a beast that can assume the shape of its victims. And as the men start soon finding themselves prey to the creature, they find themselves in a desperate fight for survival while also suspecting that everyone around them might no longer be human…

Following the mysterious death of Dr. Julius Lifflander (Bill Freeman), an unassuming man (Kevin Van Hentenryck) checks into a sleazy hotel with nothing more than a wicker basket containing cryptic contents. Duane Bradley scours New York City, carrying his deformed, conjoined twin brother in the titular basket, taking revenge on the doctors who separated the pair in their youth. Brotherly ties are tested as Sharon (Terri Susan Smith) gets between the two and Belial escapes his basket, unleashing his rage on his brother and the hotel tenants.