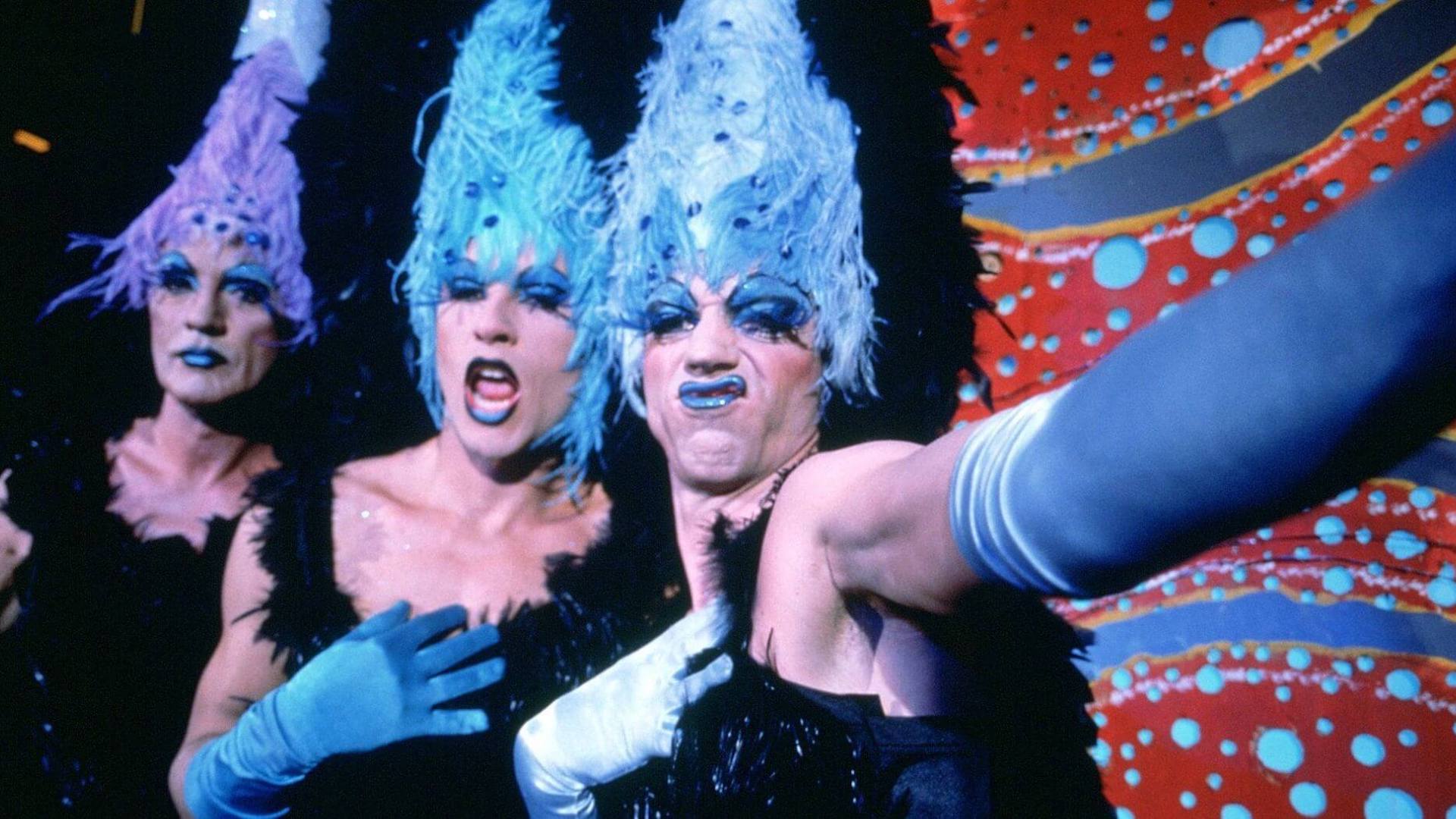 Celebrate Pride Month 2022 at The Frida Cinema with five movies exploring LGBTQ identity and themes! From biting horror-comedies to heartfelt romantic dramas, there’s something for everyone this June, dovetailing nicely with the values of inclusion and diversity that this month commemorates. This is also reflected in the variety of acting talent the series draws together, from Joseph Gordon-Levitt and Transformers‘ Megan Fox to frequent Wong Kar-wai collaborator Tony Leung and Hugo “Mister Anderson” Weaving. It’s our way of observing this special month (as well as honoring the tremendous strides the LGBTQ community has made), and we hope that you’ll join us in the spirit of celebration for it!

The Adventures of Priscilla, Queen of the Desert – Jun 3 & 5
Directed by Stephan Elliot | 1994

When drag queen Anthony/Mitzi (Hugo Weaving) agrees to take his act on the road, he invites fellow cross-dresser Adam/Felicia (Guy Pearce) and transsexual Bernadette (Terence Stamp) to come along. In their colorful bus, which Mitzi christens Priscilla, the three performers travel across the Australian desert performing for enthusiastic crowds and homophobic locals. But when the other two performers learn the truth about why Anthony took the job, it turns their lives around and threatens their act and their friendship.

In 1981, two eight-year-old boys on the same little league team experience life altering events in a small town in Kansas. As they grow up separately in the ensuing years, one boy, Neil (Joseph Gordon-Levitt), turns to a life of recklessness and male prostitution. The other, Brian (Brady Corbet), has haunting recurring dreams that convince him that he was once abducted by aliens. As Brian slowly unravels the mysteries of his past, he is sent on a journey that pulls him back towards Neil.

A splintering, searing romance, the film follows follows couple Ho Po-Wing (Leslie Cheung) and Lai Yiu-Fai (Tony Leung Chiu-wai). Attempting to rekindle a lost spark, they embark on a journey that takes them to Argentina as well as the edges of their desire. All the while, time and jealousy threatens their relationship at every new bar and club.

Anita “Needy” Lesnicki (Amanda Seyfried) – a nerdy high school student in Devil’s Kettle, Minnesota – and popular head cheerleader Jennifer Check (Megan Fox) are unlikely best friends. They’ve been friends since childhood, tightly wound together despite their differences. One night, Jennifer drags Needy to see indie band Low Shoulder perform at a dive bar—but a fire breaks out, and they get separated. Jennifer finds herself singled out, chosen as a victim for a gruesome human sacrifice. Later in the night, Needy finds Jennifer in her kitchen, bloody and…changed.

Corky (Gina Gershon) is an ex-con working maintenance at an apartment building, where she comes across a tenant named Violet (Jennifer Tilly). The two immediately, and passionately, strike an affair as Violet’s boyfriend Caesar (Joe Pantoliano), a money launderer for the Mafia, begins to suspect foul play. When Caesar and his colleagues plan to return $2 million worth of embezzled money, Corky and Violet hatch their own plan to steal it in order to start a new life free from the danger they may find themselves deeply within.