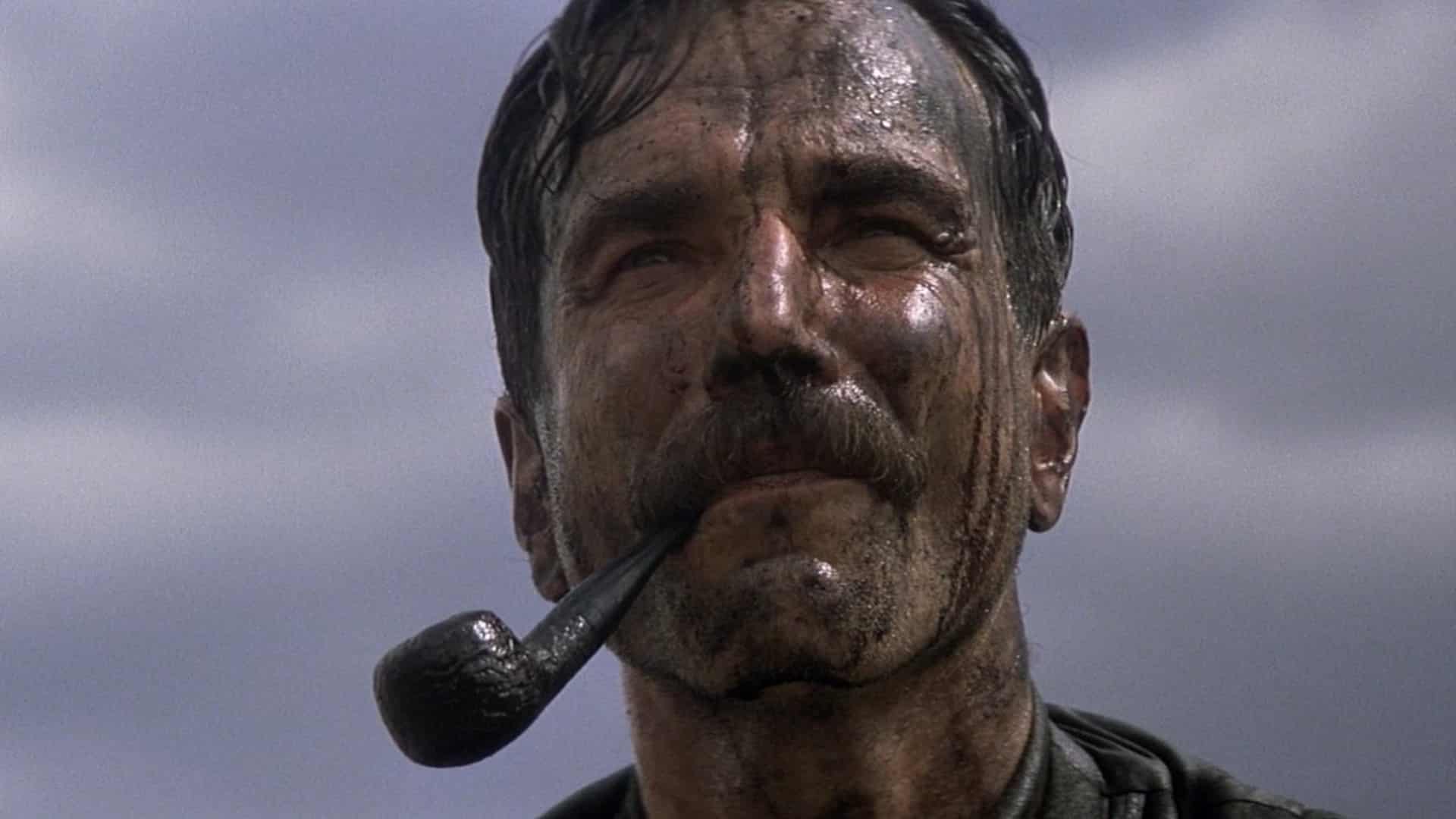 Join us this September for Remembering 2007, a series that highlights some of the most memorable movies to come out that year! Granted, the competition was pretty steep but we think we’ve assembled an excellent cross-section of dramas, Westerns, and even comedies to represent this most momentous year. After all, a year that saw Paul Thomas Anderson, David Fincher, and the Coen brothers all release some of their best movies ever has to be a high mark in film history, right? Be sure to grab tickets below so you can celebrate 15 years of solid cinema (milkshakes and Cornettos not provided!)

Daniel Plainview (Daniel Day-Lewis) is a miner who happens upon black gold during a disastrous excavation in 1898. Having broken his leg, Plainview pulls himself up from the bowels of the earth – both literally and metaphorically – and embarks on a systematic and steadfast journey to mastering the oil business, driven to succeed by his intense hatred of others and desperate need to see any and all competitors fail. When he learns of oil-rich land in California that can be bought cheaply, he moves his operation there and begins manipulating and exploiting the local landowners into selling him their property, until his wrongdoings begin to catch up to him.

San Francisco, 1969 – The San Francisco Chronicle receives encrypted letters from a sender who calls himself “Zodiac,” threatening to kill a dozen people unless the paper publishes his decoded letters. Political cartoonist Robert Graysmith (Jake Gyllenhaal) finds himself among those individuals consumed with the quest of deciphering the code. Though initially skeptical, crime reporter Paul Avery (Robert Downey Jr.) takes advantage of Graysmith’s obsession to report on the ongoing murder cases. Meanwhile, the Zodiac Killer continues to terrorize Northern California, with Detective Dave Toschi (Mark Ruffalo) and his colleagues struggling to stay on his bloody trail.

While out hunting, Llewelyn Moss (Josh Brolin) finds the grisly aftermath of a drug deal. Though he knows better, he cannot resist the cash left behind and takes it with him. The hunter becomes the hunted when a merciless killer named Anton Chigurh (Javier Bardem) picks up his trail. Also looking for Moss is Sheriff Bell (Tommy Lee Jones), an aging lawman who reflects on a changing world and a dark secret of his own, as he tries to find and protect Moss.

In Bridgton, Maine, a ravaging thunderstorm takes hold of the entire town, which becomes enveloped by a mysterious mist the next day. When David (Thomas Jane) and his son Billy (Nathan Gamble) shop for supplies at the town supermarket, sirens and terrified warnings of something in the mist force the store to lock down, trapping its occupants inside until the mist recedes. But as paranoia and religious mania slowly consume those inside, the danger only pales in comparison to the living, breathing horrors threatening to invade.

Adapted from the novel by Ron Hansen, the film explores the relationship between the two outlaws. Ford (Casey Affleck), enamored by the nearly mythic exploits of James (Brad Pitt), takes it upon himself to join his gang. As the two carry out robberies together and become closer, tension rises and ultimately culminates in the now-legendary death of James

The first film of the trilogy, Shaun of the Dead, is a take on the zombie apocalyptic genre. Revolving around the titular Shaun (Simon Pegg) and his friend Ed (Nick Frost), the two are slow to react to the zombie apocalypse and ultimately seek refuge with their loved ones. This puts Shaun in the awkward positions of trying to reconcile with his ex-girlfriend as they try to weather the zombie onslaught.

The second film, Hot Fuzz, is a riff on typical buddy cop action films. Pegg is a big city cop who, much to his chagrin, is relocated to a quiet West Country village. However, all is not what it seems in the village, and soon he teams up with bumbling local cop Danny (Frost) in investigating a series of mysterious and gruesome deaths in the town.

The final film, The World’s End, is another apocalyptic story, albeit from a sci-fi angle this time around. Following a group of five friends who return to their hometown in order to reattempt an epic pub crawl they failed twenty-three years earlier, they instead discover that the town is in the midst of an alien invasion