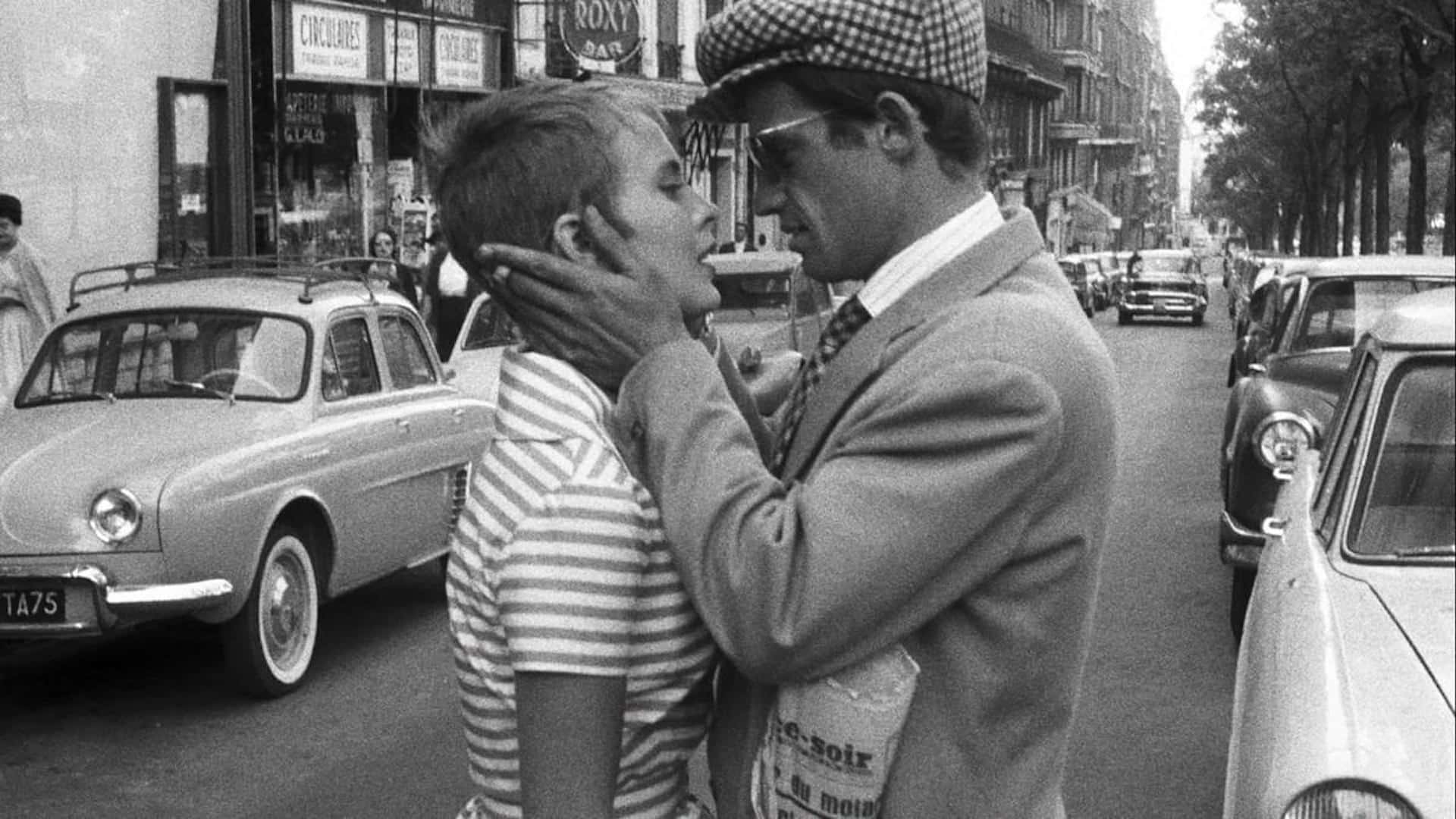 Join us this November for Remembering Godard, a series celebrating the life and films of Jean-Luc Godard! With the passing of the French New Wave pioneer this year, it was only appropriate that we pay tribute to this visionary auteur by screening some of his most acclaimed movies. So grab some sunglasses and put on your best stripey shirt (but leave the cigarettes at home) as we experience cinema at its coolest.

Parisian vagrant Michel (Jean-Paul Belmondo) is on the run from the police after a string of crimes, the most recent of which gets his face plastered all over the newspapers. Dodging the law, he takes refuge in the apartment of one of his lovers, Patricia (Jean Seberg), a young, aspiring journalist from New York. The two appear to be quite different from each other: Patricia is cultured and desiring of a life of meaning and passion, ostensibly to be discovered in the elegance of Paris; Michel is hostile to France, ambivalent toward art, and concerned only with money and presenting a cool exterior. All the while, the police are closing in on Michel, and Patricia must make an important decision regarding their future.

Arthur (Claude Brasseur) and Franz (Sami Frey) are two bored young men with a shared fascination with cinema and crime fiction. In an English-language class, they befriend a romantic but somewhat naïve young woman, Odile (Anna Karina), who lives with her aunt in a Parisian suburb. When she tips them off to the fact that her aunt supposedly hoards a pile of money in the house, Arthur and Franz plan a heist.

Lemmy Caution, a secret agent from New York, enters the isolated city of Alphaville, which is ruled by a computer system where human emotion and sentimentality are things punishable by death. While on a mission to meet her father, he meets Natacha (Anna Karina). As he shines a light into her oppressive world, she begins to wake up. But will either of them be able to escape a way of life where words are erased from the dictionary daily?

Dissatisfied in marriage and life, Ferdinand (Jean-Paul Belmondo) escapes the trappings of modern French life with his ex-lover, Marianne Renoir (Anna Karina), by abandoning the city for the woods. Their quest for philosophical meaning devolves into a crime spree through the French Riviera as they try to outrun both police and Algerian hitmen. An adaptation of Lionel White’s 1962 novel, Obsession, Pierrot le Fou is rendered as a mashup of anti-consumerist satire, au courant politics, and comic book aesthetics, producing a violent, zigzagging tale of – in Godard’s words – “the last romantic couple.”

Horrorbuzz presents: The Return Of The Living Dead