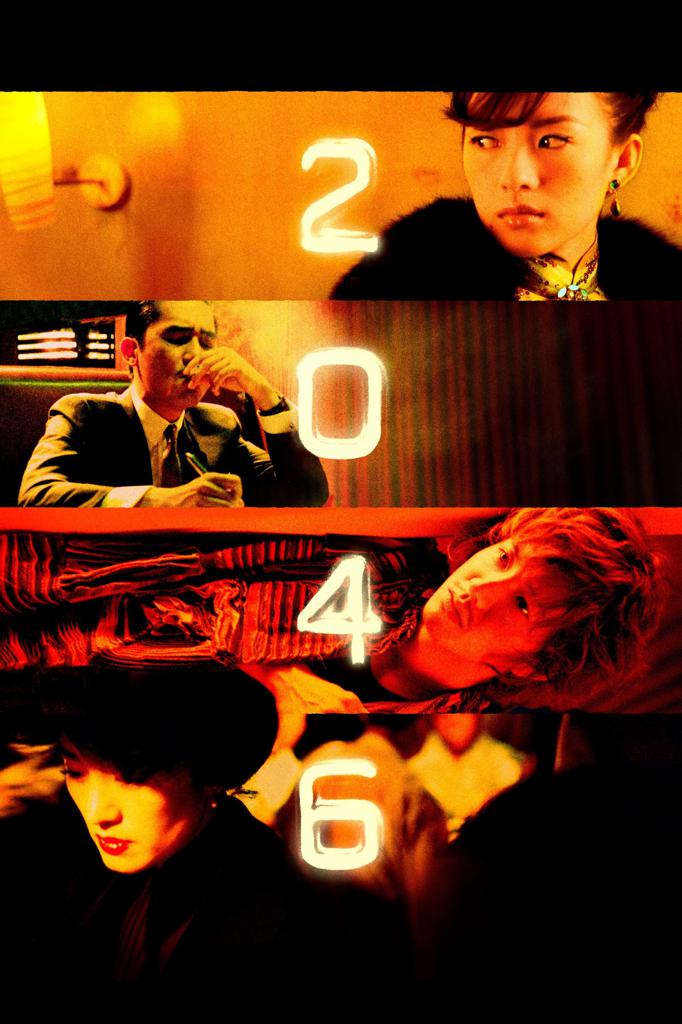 Divided up into a series of arcs and vignettes that overlap, several characters and events in the film have one thing in common: room 2046. When Chow Mo-wan (played by Wong favorite Tony Leung Chiu-wai) first encounters the titular room, he finds a terrible surprise. The next tenant of the room, a young woman named Jing-wen (Faye Wong), involves herself in a romantic relationship that ends in tragedy. Whoever lives in, or is associated with, room 2046, the story focuses itself on its satellites' often problematic romantic lives. All these characters create a loose tapestry for what the film points toward thematically, evidenced by the frame narrative set in the future: in the year 2046.

Wong Kar-wai's 2046 blends science fiction with its director's penchant for complicated relationships and the melancholy and searching they may bring their participants.

“[…] quite simply an incomparably sublime work of art, a triumph of lyricism over narrative in the cinema, and the most exquisite homage to the beauty of women it has ever been my privilege to witness on the screen.” – Andrew Sarris, Observer

“Although the men and women in 2046 move through tight, claustrophobic interiors that are perfect representations of their boxed-in interior states, the spaces they inhabit all but shudder with luridly bright colors and dizzying geometric patterns that suggest an underlying tumult.” – Manohla Dargis, New York Times

“Now using Technicolor for the first time, the director runs riot with color and texture in 2046.” – Bob Mondello, NPR