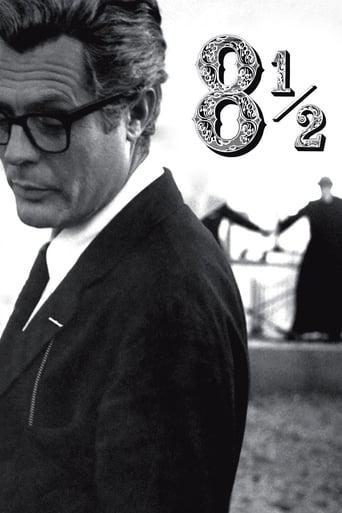 Arthouse 101 continues with Federico Fellini's 8 ½, a self-reflexive, meta-fictional exploration of the trials and tribulations of filmmaking.

Director Guido Anselmi (Marcello Mastroianni), stalled in his progress on his new science fiction film, attempts to escape his director's block at a luxurious spa only to be followed to his hotel by his film production crew. Hounded by his producers and the tumult of his (extra)marital problems, Guido struggles with the imperatives of the production schedule and his desire to create good, honest art based on his own experiences. Throughout his stay, Guido's artistic dilemma is fragmented with recurring, fantastical not-quite-memories that recall both his nostalgia and his creative anxieties.

“[8 ½] does what is almost impossible: Fellini is a magician who discusses, reveals, explains and deconstructs his tricks, while still fooling us with them. He claims he doesn't know what he wants or how to achieve it, and the film proves he knows exactly, and rejoices in his knowledge.” – Roger Ebert, RogerEbert.com

“8 ½ defies telling or description. It is a 140-minute séance on the psychiatrist's couch, in which the author turns himself inside out, confessing his innermost thoughts and problems, and finally reaching his apt conclusions.” - Variety

“[…] part fantasy, part reality, but above all, a film that urges us to look inside ourselves, and try to face life with a sense of humor and self-deprecation.” – Wheeler Winston Dixon, Senses of Cinema