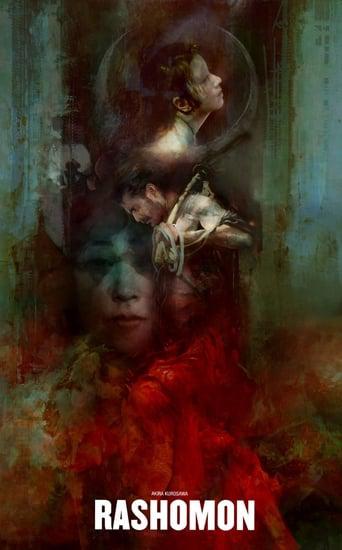 Based on the short story "In a Grove" by Ryunosuke Akutagawa, the film begins with three men seeking shelter from the rain at Rashomon gate. To pass the time, the three discuss the murder of a local samurai and the rape of his wife by a bandit (Toshiro Mifune in a career-making role). As they recount the affair, the men realize that the witnesses' vastly differing accounts raise more questions than they answer and call the nature of truth itself into question.

A masterwork that helped revolutionize film language, Rashomon caused a flurry amongst critics and audiences alike for its portrayal of passion, and still captivates, challenges, and thrills nearly seventy years later.

“What Akira Kurosawa and his tiny production team wrought is now an accepted maxim of modern life, a creed by which to live in a world where everyone has a blog and an opinion.” – Ty Burr, Boston Globe

“Rashomon is a novel, stimulating moviegoing experience, and a sure sign that U.S. film importers will be looking hard at Japanese pictures from now on.” – TIME Magazine

“Innovative, experimental and brilliantly constructed, Rashomon is one of world cinema's truly great works, questioning the notions of truth and morality with its multiple perspective, a film that put Kurosawa and Japanese cinema on the international map.” – Emmanuel Levy