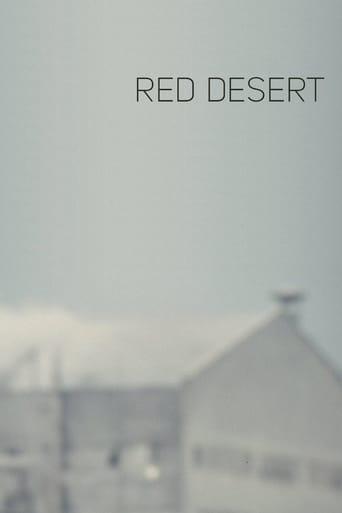 Amid the modern wastelands and toxic factories of Italy, wife and mother Giuliana (Monica Vitti) desperately tries to conceal her tenuous grip on reality from those around her, especially her successful yet neglectful husband, Ugo (Carlo Chionetti). Ugo's old pal, Corrado (Richard Harris), shows up in town on a business trip and is more sensitive to Giuliana's anxieties. Giuliana and Corrado begin an affair. However, it does little to quell Giuliana's existential fears, and her mental state rapidly deteriorates.

Red Desert was awarded the Golden Lion at the 25th Venice Film Festival in 1964 and has been cited as one of Akira Kurosawa's favorite films.

"[…] eerie, memorable work with the industrial shapes and colors that surround [Giuliana], which are shown alternately as threatening and beautiful; she walks through a science fiction lunar landscape dotted with structures that are both disorienting and full of possibilities." - Jonathan Rosenbaum, JonathanRosenbaum.net

"Antonioni's bold, modernist angles and thrillingly innovative use of colour (he painted trees and grass to tone with the industrial landscape) make every frame a work of art […]” - Robbie Collin, The Daily Telegraph

“Red Desert is Antonioni's clearest, most striking statement of purpose - and one of cinema's great films.” - Andrew Schenker