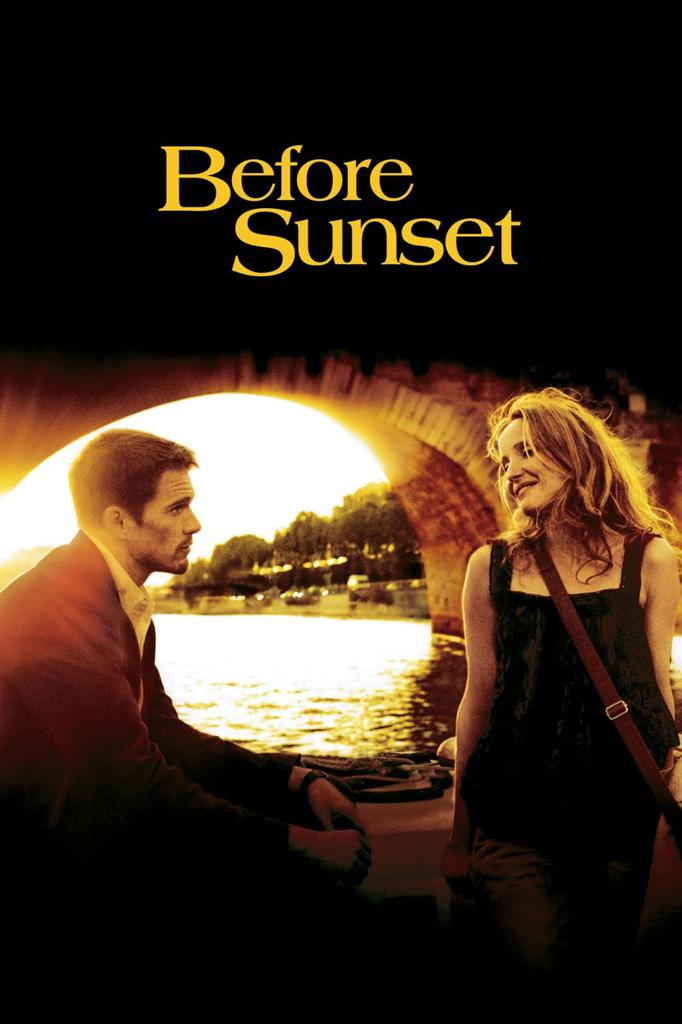 Revisit Before Sunset, the second entry in Richard Linklater's Before trilogy!

The film sees the return of the same two leads from Before Sunrise but takes place nine years later. Jesse now travels across Europe giving readings from a book he wrote about the night he spent with Céline in Vienna. After his reading in Paris, Jesse and Céline meet up again, and they decide to spend the day together.

“[Before Sunset is] a lovely, beguiling little film, a rare treat during this overheated season of blockbusters. It's also an unusual example of a follow-up that doesn't seem forced, but expands effortlessly on the original.” -- Christy Lemire, Associated Press