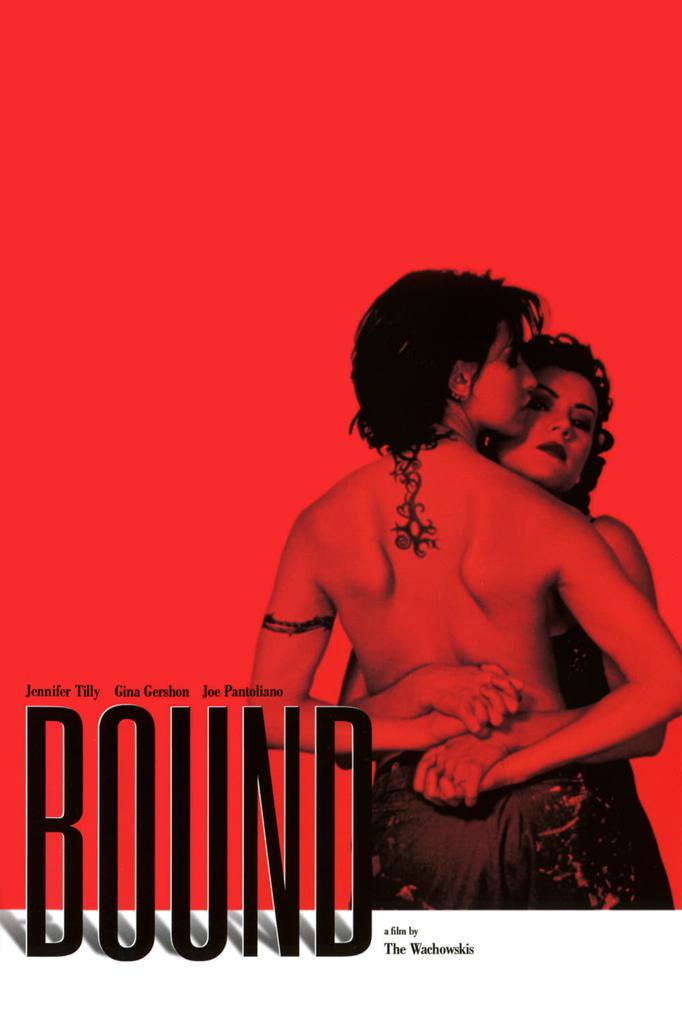 Lana and Lilly Wachowski hit the ground running with their 1996 directorial debut Bound, the last entry in our Pride Month series!

Corky (Gina Gershon) is an ex-con working maintenance at an apartment building, where she comes across a tenant named Violet (Jennifer Tilly). The two immediately, and passionately, strike an affair as Violet's boyfriend Caesar (Joe Pantoliano), a money launderer for the Mafia, begins to suspect foul play. When Caesar and his colleagues plan to return $2 million worth of embezzled money, Corky and Violet hatch their own plan to steal it in order to start a new life free from the danger they may find themselves deeply within.

Praised as one of the first realistic portrayals of lesbianism in mainstream film, Bound is an intimate yet explosive calling card for the trail-blazing creativity of the Wachowski sisters.

“Bound is one of those movies that works you up, wrings you out and leaves you gasping. It's pure cinema, spread over several genres.” - Roger Ebert, Chicago Sun-Times

“A steamy crime thriller (and significant LGBTQ film) that contains more suggestive double entendres in its dialogue than perhaps any movie this side of Double Indemnity.” - Matt Brunson, Film Frenzy

“Bound is one of the great Trojan horses in cinema history.” - Drew Gregory, Autostraddle