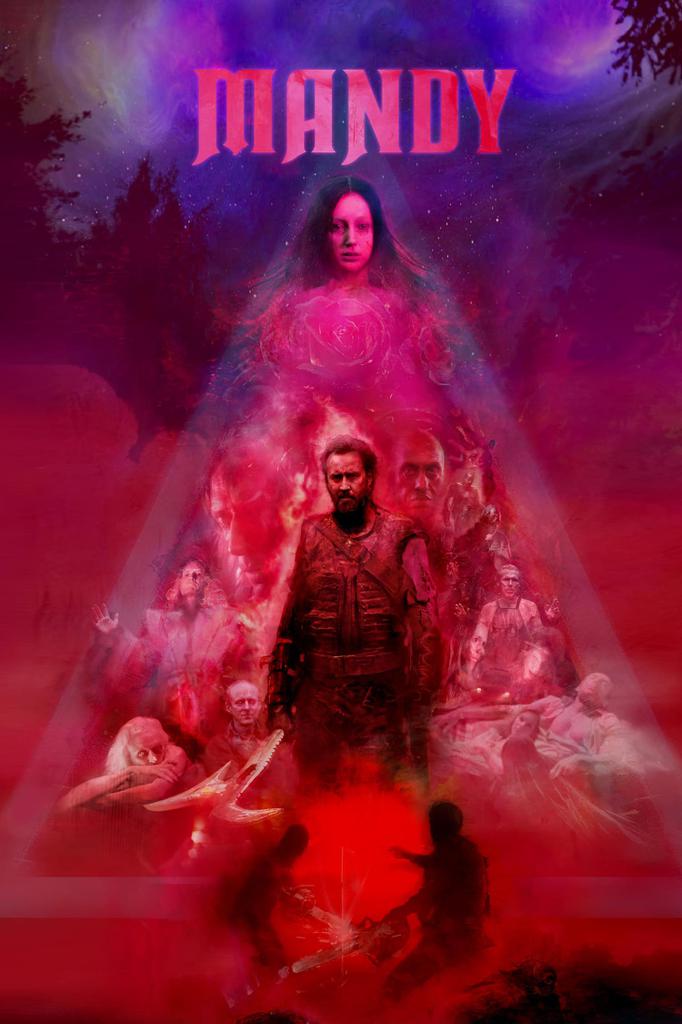 Round 7 of Cage Match kicks off with Mandy, Panos Cosmatos' feverish action-thriller!

Pacific Northwest, 1983 AD. Outsiders Red Miller and Mandy Bloom lead a loving and peaceful existence. When their pine-scented haven is savagely destroyed by a cult led by the sadistic Jeremiah Sand, Red is catapulted into a phantasmagorical journey filled with bloody vengeance, and laced with fire. To delve deeper into the film here would be to risk spoiling many of its surprises...

Hailed for its surreal atmosphere and gripping action upon its release, Mandy is a singularly weird return to form for Cage.

“Were scientists to engineer an uncut, 100-proof cult sensation, it would probably look, sound, and kick like this.” – A.A. Dowd, AV Club

“????. Those still suffering from withdrawal symptoms from the end of David Lynch's epic Twin Peaks revival last year – the cure has been found.”– James Croot, Stuff.co.nz

“Mandy is a totally uncompromising vision from a singular filmmaker – a pulsing, twisted descent into heavy metal vengeance that must be seen to be believed.” – Ben Pearson, Slashfilm