Concert
NYR Play trailer
Back To What's On 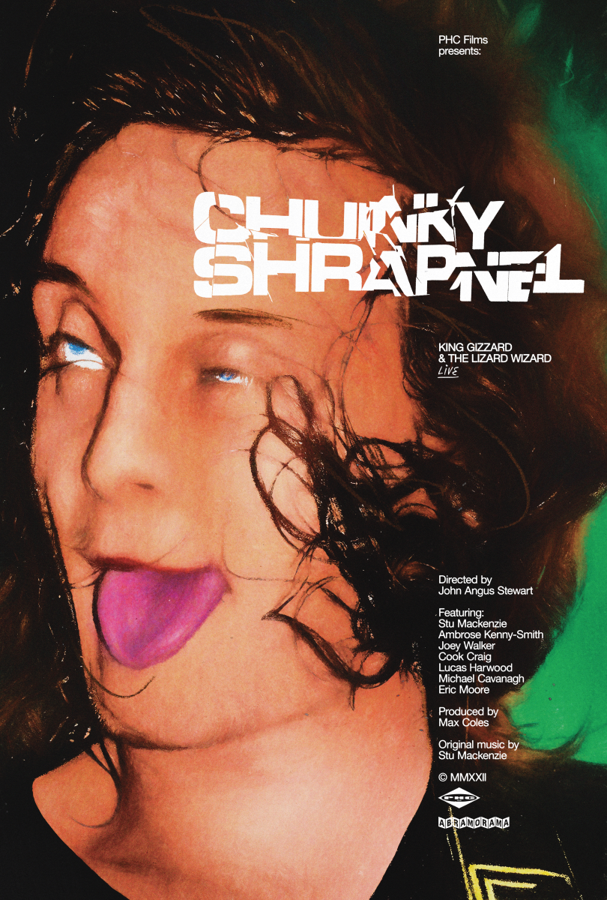 Chunky Shrapnel is a feature length live music documentary from King Gizzard & the Lizard Wizard. Literally bringing the audience onto the stages of their 2019 tour across Europe & the UK, Chunky offers a uniquely immersive experience never before captured on film. A musical road movie dipped in turpentine.

King Gizzard has released 20 studio albums in 10 years (including five in 2017 alone), 10 of them charting in the Top 20 in Australia, where they are now arguably the country's most innovative, important, and productive rock band. They attract international critical acclaim and have had a packed international touring schedule for many years. Their fans will jump at the chance to see them again.