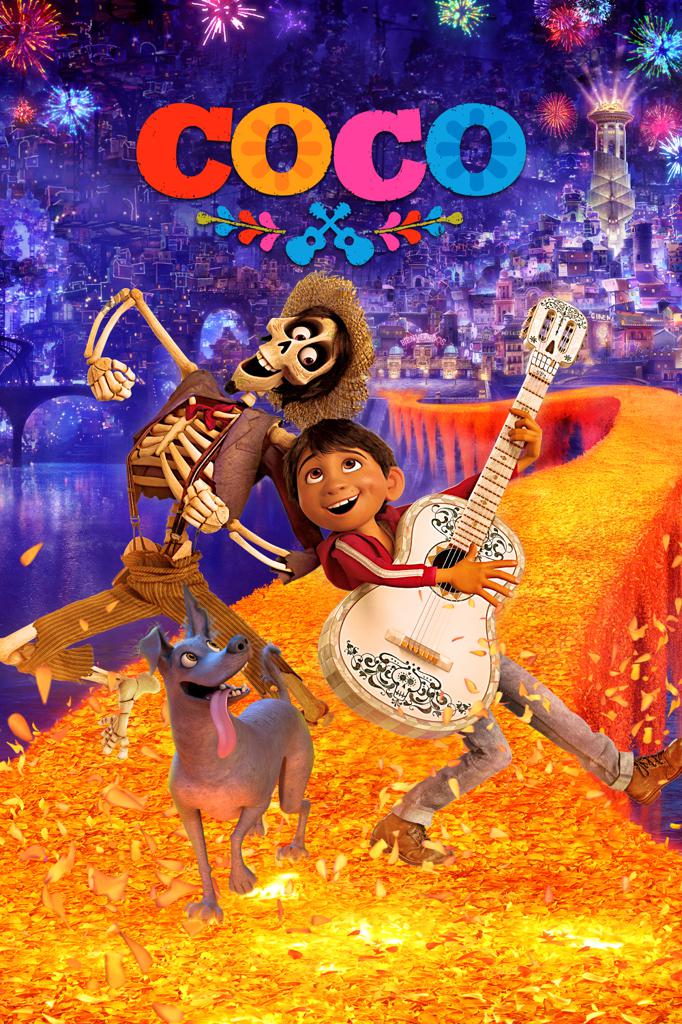 Miguel (Anthony Gonzalez) has dreamed of becoming a musician like his idol, Ernesto de la Cruz (Benjamin Bratt), despite his family's generations-long ban on music. Desperate to prove his talent, Miguel finds himself in the stunning and colorful Land of the Dead, where he runs into a charming trickster named Héctor (Gael García Bernal). The two new friends embark on an extraordinary journey to unlock the real story behind Miguel's family history.

Since its release, Coco has been universally praised for its animation, voice acting, music, visuals, emotional story, and respect for Mexican culture. Coco received two awards at the 90th Academy Awards and numerous accolades and was chosen by the National Board of Review as the Best Animated Film of 2017.

“A wonderful return to form for Pixar, who again deliver the emotional and creative goods while exploring other cultures with a genuine, tangible, love and respect.” - Linda Marric, HeyUGuys

“Several times I found myself sobbing without knowing exactly why only to realize why the scene had hit me so hard a few minutes later.” - Mey Rude, Autostraddle