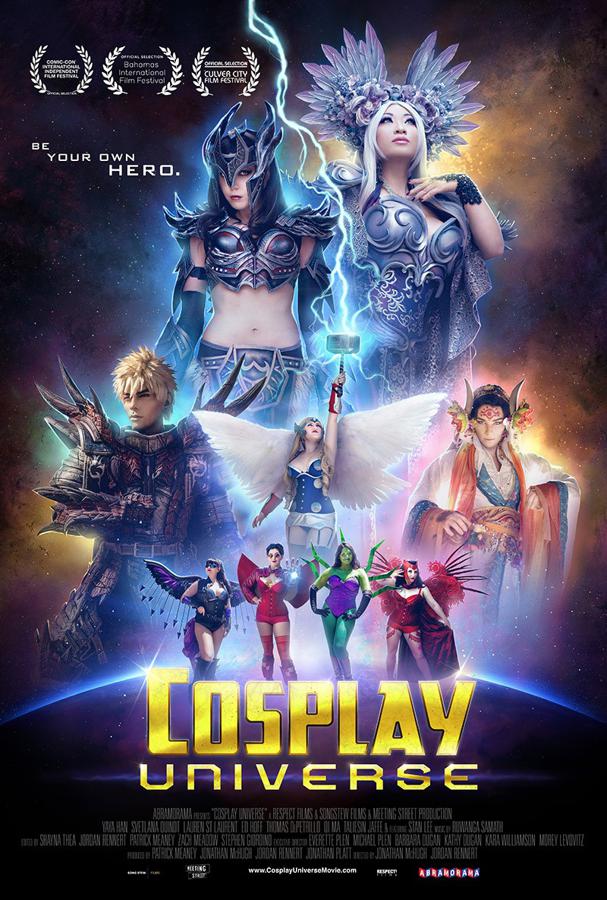 Cosplay Universe explores the rise of the global Comic Con sub-culture and evolution of Cosplay; the art form of becoming a character that you love. The film follows the journey of several international cosplay teams as they compete in what is known as the 'Olympics of Cosplay' at the World Cosplay Summit in Nagoya, Japan. Cosplay Universe also chronicles America's top cosplayers' challenges to turn their geeky hobby into a thriving business. The film taps into the psychology behind this art of self expression and demonstrates how Cosplayers can transform and expand their perceptions of themselves while finding community. Cosplay Universe features appearances by comic book legend Stan Lee, cosplay superstars Yaya Han and Jessica Nigri and many more.